Posted in: The Reel World by Gino Sassani on November 20th, 2017 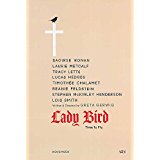 “I wish I could live through something.”

Actress Greta Gerwig finds herself in the director’s seat for her first feature film, Lady Bird. No, it’s not a film about the First Lady during the Johnson administration. It’s an easy mistake to make. It’s not one of the most common monikers out there, and when I first heard of the project, that’s where my mind went. This is actually a warm coming-of-age story that feels very much like an autobiographic effort by Gerwig. There are certainly some common elements in the story and Gerwig’s own past, even if it’s just the Sacramento, California locations that give the film a nice anchor and rather immersive environment for the story. The city is obviously a big part of the narrative, and I suspect that there is far more in common with Lady Bird, the character and Gerwig than merely a setting. If not, she’s done a wonderful job of making the film extremely personal and intimate for the audience. Either way, you’re in for a bit of a treat with Lady Bird.

Christine McPherson (Ronan) feels that life is somehow passing her by. She thinks that nothing really happens in her home town of Sacramento and feels like the East Coast is where life is being lived. She doesn’t even really like her name, or at least finds it hard to identify with “Christine”, so she calls herself Lady Bird and attempts to get others to use the name. Her mother (Metcalf) is finding it hard to relate to Lady Bird and likely feels closer to Christine. Her father (Letts) attempts to show as much patience and kindness as he can, but supporting the family is getting hard for him, and he’s unintentionally neglectful at times. Lady Bird goes to a Catholic school where she struggles with both her grades and fitting into the social scene. She has a faithful friend, Julie (Feldstein) who understands her best, but Lady Bird even ditches her pal in order to try to fit in with the “in” girls. Her entire year of school is really a series of attempts to find out who she is in the world around her. It’s a year of discovery that eventually brings her back to herself.

The film plays out as a year of high school for Lady Bird. What amounts to a series of vignettes chronicles her often awkward journey. She talks about big east colleges but doesn’t have very good grades. That gets a bit of a laugh from her guidance counselor. She joins the school’s play production, which also leads to her first sexual encounter. Once again she faces disappointment.

You get the sense that she is so worried about living a meaningful life that she’s missing the life she’s actually living. Gerwig populates the tale with a wonderful supporting cast of characters and actors. Laurie Metcalf shares some solid chemistry with star Saoirse Ronan as mother and daughter. Some of the film’s golden moments occur as the two attempt to deal with whatever kind of a relationship they happen to be having from moment to moment. These two really form the core of the emotional tug of the film. You’re rooting for both of them to finally figure it out. Beanie Feldstein has another kind of chemistry that works so well with Ronan. In another film this could very well be her story. It’s not, but you know there’s a compelling one in there, and the actress kind of steals your heart for a few scenes at a time. Lois Smith is exceptional as the nun who is pulling for Lady Bird to find her way and succeed. Bob Stephenson brings out one of the most outrageously funny moments as Father Walther,  the football coach who subs for the drama teacher and directs a school play with the X’s and O’s of a football strategy. He replaces Stephen Henderson as Father Leviatch, the kind-hearted drama teacher Father Walther has to sub for.

From the cast to the locations to the performances, the film has a nice touch of realism and authenticity to it. In an age where most stories need to be Hollywoodified, this movie takes you into a moment in time and space that is instantly recognizable and comfortable. It’s a quiet and reflective break between the mayhem of a crowded summer action film slate and the holiday crush of eggnog and antic films, nestled nicely in place where you can find “a little culture”.

Gino Sassani is a member of the Southeastern Film Critic's Association (SEFCA). He is a film and television critic based in Tampa, Florida. He's also the Senior Editor here at Upcomingdiscs. Gino started reviewing films in the early 1990's as a segment of his local television show Focus. He's an award-winning recording artist for Omega Records. Gino is currently working on his 8th album Merchants & Mercenaries. Gino took over Upcomingdiscs Dec 1, 2008. He works out of a home theater he calls The Reel World. Favorite films: The Godfather, The Godfather Part II, The Body Snatcher (Val Lewton film with Karloff and Lugosi, not the pod people film), Unforgiven, Gladiator, The Lion King, Jaws, Son Of Frankenstein, The Good, The Bad And The Ugly, and Monsters, Inc.
Wonder Last Flag Flying