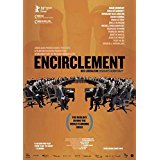 Neo-Liberalism is a concept that was introduced to me in 2014 while I was in graduate school. In an effort not to bore the reader and save my own amateur understanding from ridicule, I will not discuss the philosophical musings at length. However, I will briefly offer what I take to be the “important things to know” for reading this review. Essentially, Neo-Liberalism began as an economic ideology favoring policies that allow private businesses to function while uninhibited by the government. Then, from about the 1970’s onward, Western scholars brought popularity back to the term, allowing it to take on the characteristics of a catch-all term that ranges from economic structure, to economic philosophy, to academic discourse.

Much more can be said about the concept, but I will leave the learning up to you. David Harvey’s A Brief History of Neoliberalism is an excellent starting point, and that is where I dove in about four years ago. However, this text is a film review, leaving me the responsibility to deliver a fair, evaluative assessment of the documentaries Encirclement and Oncle Bernard. So the question becomes: how can you make a documentary about such a complex philosophy whose very meaning has evolved over time? The short answer is, through extensive interviews with notable interdisciplinary academics about the expansive topic. Plus, the topic is still unable to be covered to completion within the two hours and forty minutes it was cut into.

The longer answer to that question will be the remaining contents of this review. Writer and director Richard Brouillette certainly has his heart in the right place, but the execution of the film itself is a little more than rough around the edges. I firmly believe that more people should educate themselves about Neoliberalism and the many philosophies surrounding our current socioeconomic status as a world superpower. Encirclement draws upon renowned scholars, economists, and theorists, such as Noam Chomsky and Bernard Maris, and they certainly demonstrate the depths of their knowledge. However, their on-screen presence coupled with the directorial choice to shoot this film in black and white exacerbate the lengthy runtime.

My argument is simple: given all the innovative technologies that have evolved over cinema’s history, why wouldn’t there be any creative effort put into a dry topic? By delivering all of the information through a series of “talks” given in offices and what look like cafés, the film really feels like you are participating in extended meetings with your mentor while writing your master’s thesis. By delivering the content in this way, it is largely inaccessible, unless you have a genuine interest in the topic and have a rudimentary understanding of the concepts. However, film is largely a collective medium; something to be consumed easily by the masses. Through delivering all of this information from one “expert” to a layman, is arguably the social equivalent to the very economic systems that these scholars are critiquing. Neoliberalism is a tough concept to digest outright, so why not make it a little easier to consume?

Take for example, the collaborative project DIS. McKenzie Wark, author of General Intellects, takes the difficult, theoretical concepts in his book, summarizes them to be “layman friendly,” then explains them on camera using a whiteboard. The only difference here is that while he is explaining his concepts, he is talking at us as a disembodied head on a table in the middle of the room, while his headless body is writing down the “key terms” on the board, whilst circling them and drawing arrows to previous concepts. The imagery is so simple, but I learned so much more from that video than I did from Encirclement simply because it was more engaging to watch.

The second film in this set, Oncle Bernard, is simply the uncut interview of economist Bernard Maris explaining his ideas of Neoliberalism. The uncut talk is given to viewers in tribute to the untimely death of Maris, who was killed in the Charlie Hedbo, when the satirical magazine’s offices were attacked in 2015. Oncle Bernard, delivers an intimate talk with the economist, and it is safe to say that much of what was cut out for Encirclement still remains interesting enough to listen to.

Regardless, my argument still stands. I’m sure you can listen to multiple podcasts on the topic and still achieve the same amount of knowledge about the topic. If you really want to get people to listen and comprehend through cinema, you have to find ways of breaking the mold of the “talking head” interview. Develop interest. Make your audience not want to look away from the screen for a second.