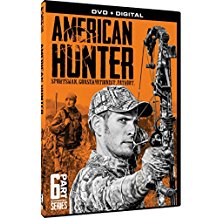 I get it. Hunting isn’t for everyone. Recently Philadelphia Eagles quarterback Carson Wentz drew an unexpected backlash when he posted pictures to his Twitter account of his dog celebrating her birthday among a pile of shot birds. He called the dog his best hunting buddy ever. And he was greatly criticized over the post. I guess he should have known better. I guess he should have known that there are people out there who would be offended. And we live in a day and age where people appear to believe they have a right to not be offended. If that sounds preachy, I guess it is. You see, I grew up in Reading, Pennsylvania where hunting was and still is a huge tradition. My father taught me gun and hunting safety before I was 10 years old. In Reading the first day of deer season is a school holiday. Yes, there are even locals there who abhor the practice and will tell you all about it while they munch on their Big Mac. But the truth is that there are more deer in Eastern Pennsylvania now than there were thousands of years ago. Turns out that hunting is actually good for the populations and makes the animals that remain healthier and stronger. And by the way, the company that cleared the land where your house was built killed more natural wildlife than any hunter could in a lifetime. If you’re not into it, this isn’t the show for you. Get yourselves some fries with that burger and watch something else. The rest of you just might enjoy this 6-part documentary on American hunting.

The series appears to cover all of the bases with this 6-part series of 22-minute episodes. We meet people who manage wildlife areas and run hunting resources. You’ll get the not-so-politically-correct history about how hunting actually benefits nature and how hunters have historically been on the cutting edge of wildlife protection. Let’s be honest. No one was as big a hunter as Teddy Roosevelt. He hunted all over the world, bagging hundreds of animals on one African safari. It’s no coincidence that he also set more land for protection aside than all of the other presidents combined. He created the National Parks and Monuments program that preserves millions of square miles of nature today. And none of that would have happened if he hadn’t been such an avid hunter. The show dedicates one of the episodes to iconic people who worked to preserve nature and who also happened to be hunters. Naturalists often look to John James Audubon as one of nature’s greatest champions. His sketches of birds and his field guide inspired generations to birdwatching and appreciation for nature. Guess how he came to know these birds. He was an avid bird hunter. They don’t really talk about that at the Audubon Society events. It’s as if it were some odd contradiction. This show explains why it’s not.

The series is far from one-sided. Episodes talk about the value of regulations for hunters. The show demonstrates how 19th-century commercial hunting nearly wiped out the natural wildlife in America. The series explores hunting ethics and the idea of the fair chase principle. The series examines the respect hunters feel for the animals they kill and the spiritual reverence for animals that hunting provides. You will get a lot of insight into what makes a hunter tick.

The show does get redundant at times. Footage and stills are often reused, and I suspect that wasn’t necessary for such a short series of episodes. Some of the points are made too often, and the show needed to give the audience credit for getting it sometimes. But overall there are some meaningful things to see and learn here. It’s narrated by Stephen A. Austin and is quite informative.

Hunting and fishing remain the most vivid memories I have of my own father. It really was a bit of a transformative experience. I noticed rather early that I would be punished for cursing…except when we were hunting or fishing. My dad treated me more like a buddy than his son in those moments. I could tell not only in what I could get away with, but it was the only times I ever saw his guard completely down. I can’t imagine what our relationship might have been like without it. We always ate what we killed. And game meat has no hormones or preservatives. Wild meet isn’t treated with chemicals, and I have to believe it might have been better for me. There’s a lot here to take in if you have an open mind. But like I said at the beginning, “Hunting isn’t for everyone.”

Gino Sassani is a member of the Southeastern Film Critic's Association (SEFCA). He is a film and television critic based in Tampa, Florida. He's also the Senior Editor here at Upcomingdiscs. Gino started reviewing films in the early 1990's as a segment of his local television show Focus. He's an award-winning recording artist for Omega Records. Gino is currently working on his 8th album Merchants & Mercenaries. Gino took over Upcomingdiscs Dec 1, 2008. He works out of a home theater he calls The Reel World. Favorite films: The Godfather, The Godfather Part II, The Body Snatcher (Val Lewton film with Karloff and Lugosi, not the pod people film), Unforgiven, Gladiator, The Lion King, Jaws, Son Of Frankenstein, The Good, The Bad And The Ugly, and Monsters, Inc.
Marrowbone (Blu-ray) NCIS: New Orleans: The Fourth Season