Posted in: Uncategorized by Gino Sassani on February 20th, 2019

Kirk Taylor is an artist with many talents. He’s an actor who can be found on such films as Oliver Stone’s Full Metal Jacket and television shows ranging from Law & Order to Chicago Hope. He’s an acting coach, musician and composer. He’s living proof that an actor of faith can still make his mark in the entertainment industry. His latest appearance is as Cephas (Peter) in the film Revival! along with Chaka Khan and Mali Music. It’s a retelling of The Gospel According To John that’s part Jesus Christ Superstar and part classical stage production. It’s a film that’s hard to nail down. But I decided to give it a try and that led to an interesting conversation with Kirk Taylor. There’s a passion for his art and faith that is very evident in his conversation. You don’t have to take my word for it. Bang it hear to listen in on my conversation with Kirk Taylor.

Find out more about the film here: Revival: The Movie 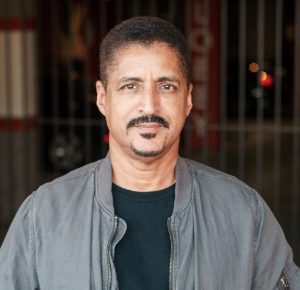 Gino Sassani is a member of the Southeastern Film Critic's Association (SEFCA). He is a film and television critic based in Tampa, Florida. He's also the Senior Editor here at Upcomingdiscs. Gino started reviewing films in the early 1990's as a segment of his local television show Focus. He's an award-winning recording artist for Omega Records. Gino is currently working on his 8th album Merchants & Mercenaries. Gino took over Upcomingdiscs Dec 1, 2008. He works out of a home theater he calls The Reel World. Favorite films: The Godfather, The Godfather Part II, The Body Snatcher (Val Lewton film with Karloff and Lugosi, not the pod people film), Unforgiven, Gladiator, The Lion King, Jaws, Son Of Frankenstein, The Good, The Bad And The Ugly, and Monsters, Inc.
Happy Death Day 2U American Vandal: Season One