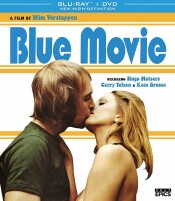 This review is going to be a little different from what you may be used to seeing here at Upcomingdiscs.  We’re about to venture off the path of mainstream films and delve into the dark and seedy areas of cinema where the naughty, the gory and the cult lurk.  This comes with a warning: these films are not for everyone. Seriously, this is your chance to click away, because these films can leave an impression on the viewer and are difficult to unsee.  Also these films do come with a not-rated label, so no one under 17 permitted, for those youngun’s still sticking around to read, go ahead and click onto the Mary Poppins Returns review. I read some nice things there; this here is no review for you. I don’t want to be held responsible for the nightmares these films may cause you down the road.

OK, now that we’re all adults here, let me begin.  Cult Epics was kind enough to send us a couple titles to review.  For those not familiar with the brand yet, they are a company that has been acquiring a variety of art house, horror, and adult cinema, releasing the titles onto Blu-ray.  Many of these titles are what fans of cult cinema can be ravenous for, for instance the copy of Nekromantic 2 I got to review had a beautiful remastering of the film from the 16mm negative, and it is loaded with a variety of bonus features.  Behind-the-scenes footage, a 20th anniversary concert, short films, and more have been put together for this release, so for those of you who are fans, Cult Epics has pretty much done you a solid and put out a release that is meant to satisfy the fans.

As for those that are unaware of what Nekromantic 2 is about, well, settle in and let me tell you about it.  As you may have guessed, this is the sequel to the first film, and for those of you wondering if it is necessary to view the first film to follow the second film, the quick answer is no, though in fairness I feel the first film is a better story, though it was done on a smaller budget.  The sequel pretty much takes place where the first film ends, and even shows us the vile death of Rob (Daktari Lorenz) from the first film.  It turns out that Monika (Monika M.) has had a lust for necrophilia, and when she reads about Rob’s death, she ventures out to the cemetery to dig up the body and take it home with her. This seemed a bit absurd, considering it’s the middle of the day, and, well, she is a a slender woman who I’d have a hard time believing could simply handle the task of carrying the literal dead weight of Rob through the cemetery to her car and get the corpse into the apartment unnoticed.  But this is cinema, after all, so I guess as an audience we should be willing to take minor leaps of fantasy from time to time.

It’s at this point Monika attempts to engage the body sexually, and as it turns out she’s not quite able to go through with the act as she imagined she would  But with some strange logic, she decides to get rid of most of the corpse and keeps a few parts for herself.  OK, so where the actually story kicks in is we are introduced to Mark (Mark Reeder) who dubs “Sex Films”. Seeing him doing this is one of the more amusing points of the film, and having the humor injected was welcomed.

There is an option on the disc where you can have the director Jorg Buttgereit introduce the film. It’s in the introduction where he states that this isn’t a horror film but rather a romance.  It seems silly to think this, but as we see the odd relationship develop between Monika and Mark, the film does take on the form of a romance, though a very bizarre one.  As Monika starts revealing her dark perversions to him, we see Mark growing more anxious about his relationship and the woman he’s falling in love with.  This all builds up to the final scene that is stomach-churning and shocking.

Here is my biggest issue with the film: it’s too long.  This feels bloated at 103 minutes and is filled with several scenes that are pointless and simply are not needed.  I’m not even complaining about the gore; one scene in particular where we see Mark at a bar and the camera is rocking side to side, it’s simply fat we don’t need.  Then there is the movie-within-a-movie portion that just goes on for too long.  Personally, though, the scene I wish was cut, involves the seal autopsy.  It’s a callback to the first film, and though I appreciate what Buttgereit is doing, this scene got to me, not because it was effective, but seeing the “autopsy” just seemed to have been put in to be graphic for shock value.  Now I did appreciate having Monika and her friends watching the video, showing us that she’s not alone and them being normal-looking women even makes this more unsettling, basically saying even the girl standing in front of the at 7-11 could be into some horrific stuff (though hopefully not likely).

One of the best things going for this film is the sound.  From the piano music playing over unsettling scenes to a scene where we see Monika using a saw in a bathtub, the sound is something that elevates these scenes into cringe-worthy moments.  There’s something about the score that is equally beautiful but makes me uneasy even if I’m not looking at the screen.  Though to be honest, after this film I felt the urge to take a hot shower and scrub my eyes to wash away the dirty feeling this film leaves behind.

While I can understand why people embrace this film for its gore and the subtle feminist message you can pull out of it, I feel the first film is a stronger film.  I can appreciate the director trying to make this an art film, but seriously, it is what it is.  The stories about how the government banned the film and wanted to destroy the negative simply add to the mystique of the film and only make people want to watch it more.  Thanks to Cult Epics they can see it presented in this beautiful HD transfer in the privacy of their home and not have to worry about the cops kicking in their door.

This film is a bit safer for viewers. Though this may not be filled with sex with the dead, there is still plenty of sex being thrown up onto the screen.  For this film you have to almost go back nearly 50 years to when cinema was a different experience.  It’s hard to believe there was a time where “adult films” were a box office draw and you could view these films on the big screen.  But there was a time when adult films were something you could see at the cinema. Deep Throat and Behind the Green Door are just a couple of the box office successes.

Blue Movie is pretty much the Dutch sensation that was a commercial hit and started the “Dutch sex wave”.  Personally what I found cool about this movie is that the cinematographer was Jan De Bont, the man who directed Speed and Twister but also was the DP for films like Basic Instinct and Die Hard.  What is evident from the start of this film is how well shot it is. De Bont delivers some excellent camera work and has this film looking like a real Hollywood production that no one would believe was simply a sex film until the sex scenes were splashed onto the screen.  Easily I could say this is the best-looking adult film I’ve seen, even including all of the sexploitation titles out there. I mean, this movie just oozes style, and in a simplistic way.

As for the plot, it’s about Michael (Hugo Metsers) who is out on parole after he was caught having sex with a 15-year-old girl and how he is attempting to adjust to his freedom.  It’s hard to sympathize with Michael. Sure, he seems like a nice enough guy, but it’s hard to look past what his crime was. This does reflect the time the film was made and how sex was viewed.  This was a film meant to reflect the sexual freedom of the time, and honestly I just can’t wrap my head around how women would be just dropping their panties for a pedophile like we see in this film.

Michael’s parole officer seems to be hell-bent on not only finding Michael a job but even attempts to help him find a girlfriend, which is a bit odd on its own.  Then as Michael is adjusting to his new place, we see him peeping on one set of neighbors while another neighbor is a couple that has returned from Africa, where the husband was researching the sex life of monkeys.  It gets a little more bonkers as one of the neighbors starts to organize orgies for Michael to take part in, and it can be a bit head-spinning keeping track of who he is hooking up with.

I just couldn’t get into this film, though I stand by how I feel about the camera work on display.  I just have a hard time engaging with a story where our “hero” is a pedophile and there just don’t seem to be any repercussions for his past. Had they injected some sort of moral compass to the film, I feel I could have appreciated this more.

The film has been restored and looks great, though, so for those who are fans, you’ll get a chance to see this film looking better than it has in decades.  The disc is filled with interviews along with a behind-the-scenes look at The Eye Institute.

Brent Lorentson is a horror writer and film critic based out of Tampa, Florida. With a BA in Digital Film, he co-wrote and co-directed Scavenger Hunt. His short stories have appeared in various horror anthologies. In 2019 his short script Fertile Blood will be a part of the anthology horror film Slumber Party. He is currently working on his first novel A Dark and Secret Place set to be released in late 2019. Favorite Films: Taxi Driver, Fight Club, I Saw the Devil, The Wild Bunch, Dawn of the Dead, A Clockwork Orange, Pulp Fiction, Heathers, The Monster Squad, and High Fidelity.
Mary Poppins Returns (Blu-ray) Gloria Bell