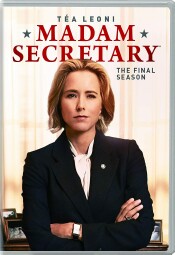 There comes a time in any project where one must decide exactly what their mission is. In entertainment, that’s usually a pretty easy question to answer. Of course your goal is to entertain as many people as possible so that it can be profitable and enduring. For many years there have been filmmakers and television series show runners who have let that goal get out of hand, mostly in the political arena. I don’t have any issue when a show’s editorial policy happens to come down on one side or the other. It doesn’t even matter if it’s my side or not. But two things I don’t want in my entertainment. I don’t want to be hit over the head every five minutes. Trust me to get your point. The second is that there must still be entertainment value that compels me to care about a show and its characters and their stories. Madam Secretary fails in both of these tests. The West Wing was just as political, but there was a demanding quality to everything from the performances to the stories and production value. As a government teacher, I was impressed at how many of those little-known facts about our system they got right. I used moments of the show as teaching moments. This last season of Madam Secretary would be a disaster in any classroom.

The series started by telling the story of Elizabeth McCord (Leoni) who became the Secretary of State to President Conrad Dalton, played exceptionally well by Keith Carradine. The stories would involve her struggles to balance the affairs of the world while also being as much of a mom and wife as she could be. The show was populated by a few compelling and interesting characters. Tim Daly as husband Henry is one of the more complete characters you’ll find in a television series. A true renaissance man, he is a professor of theology and ethics who was also an intelligence agent, as was Elizabeth at one time. He has the show’s best stuff to do and say, and as wonderful as the character is, he takes a ton of the air out of the room. Another outstanding performance comes from Zeljko Ivanek, who played the President’s Chief of Staff and returns to that role for McCord. He’s the complete politician’s hatchet man who loves to wield power and hates to lose. Another outstanding performance that unfortunately steals too much thunder. I loved him in a similar role in the Gary Sinise Truman.  McCord had an interesting staff, but there was never the kind of chemistry there that ensemble shows need so desperately. It became too obvious as the seasons rolled by that the show was becoming a love letter to Hillary Clinton, who even ended up doing a cameo on the series. And as Hilary took the plunge toward the presidency, it appeared obvious that needed to happen with Elizabeth, and that’s exactly how the fifth season ended. McCord is elected President.

That should have been the crowning achievement for a show about a Secretary of State, but they decided to squeeze one more year out of it all, and it was a huge mistake reflected in the show’s ratings for these final 10 episodes. The opening credits do a cute shift from Madam Secretary to Madam President each episode but without actually changing the name of the show, a point I’m sure is confusing to anyone just watching for the first time. They also get the government stuff really wrong. With a show that could get real people like Obama and Clinton to cameo, you would think they had good consultants on the job. They are horrible. This season and a previous season have impeachment starting in a Senate inquiry and a House trial. Oops. It’s the opposite, and you’d think we all would know that one this year. They also call Lincoln a third-party candidate, and he was a Republican. I could pick at this all day, but you get the point. They could have and simply should have done a better job here. It ends with a wedding for daughter Stevie (Wood) which gives the missing cast members to show up for the finale.

The final 10 seasons end up turning on foreign relations, which could have just as much been episodes of the previous five years. But they shed a lot of cast this way, and I really missed Conrad. He does a couple of episodes, and he suddenly brings the quality up several notches. This is a series that hung on a year longer than it should have. CBS must have the same idea, because there are no extras in this set. Just 10 episodes on three discs. I’m sure there will be an audience for this release, but I don’t expect it to be wide. It reminds me of a joke: “Thomas Aquinas walks into a bar…”

Gino Sassani is a member of the Southeastern Film Critic's Association (SEFCA). He is a film and television critic based in Tampa, Florida. He's also the Senior Editor here at Upcomingdiscs. Gino started reviewing films in the early 1990's as a segment of his local television show Focus. He's an award-winning recording artist for Omega Records. Gino is currently working on his 8th album Merchants & Mercenaries. Gino took over Upcomingdiscs Dec 1, 2008. He works out of a home theater he calls The Reel World. Favorite films: The Godfather, The Godfather Part II, The Body Snatcher (Val Lewton film with Karloff and Lugosi, not the pod people film), Unforgiven, Gladiator, The Lion King, Jaws, Son Of Frankenstein, The Good, The Bad And The Ugly, and Monsters, Inc.
Criminal Minds: The Final Season Like a Boss (Blu-ray)