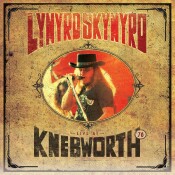 That seems to be the case with the Southern Rock band Lynyrd Skynyrd. Few bands have experienced the level of tragedy this one has. It’s somewhat of a miracle that any version of the band would still be standing. But they are thriving and doing their best to keep their particular sound alive. And what better place to demonstrate that nearly 50 years after they were formed than back home in Jacksonville, Florida where the band’s original members were formed. (No, they didn’t come from Alabama.) I was never a huge fan of the band, but like most music lovers, I was drawn to hits like Free Bird. In my high school band we played Free Bird, Gimme Three Steps, and … of course, Sweet Home Alabama. In later years another band of mine discovered the similarities with another iconic song, and we’d re-written some lyrics and would perform Werewolves Of Alabama. If you don’t believe me, check it out for yourself.

Even though I was a casual fan, I still remember sitting on my bed and hearing the radio report on October 20th, 1977. A plane carrying the band from one concert to another crashed killing lead vocalist/writer Ronnie Van Zant and other members of the band and crew. It would mark the end of the band for nearly 10 years before the survivors reunited for an instrumental version of Free Bird at a Charlie Daniels Voluntary benefit concert. The reception convinced the survivors that the fans wanted more. They recruited Ronnie’s younger brother Johnny to step in and reproduce the vocals, and various versions of the band emerged over the years.

Tragedy was still never far behind. Allen Collins would die of pneumonia in early 1990. Car crashes would take two other band members over the years. All of this leaves Gary Rossington as the only living member of the original band in the lineup.

But thanks to Eagle Rock Entertainment, you now have an opportunity to travel back in time to 1976, just a year before everything changed. The band was invited to England to open for The Rolling Stones, and this is the concert that they gave. It runs 68 minutes and is presented in its entirety here. Of course, the source footage is not in the greatest shape, and this full-frame video presentation is fuzzy and contains all of the flaws you might expect from the source material. This should be considered an historical event and approached with that kind of image expectations. Fortunately the audio has been delivered in CD quality, and isn’t that what it’s really about?

If you’re offended by the Rebel flag which has become a trend these days, you’re not likely fans of this particular band. It’s a part of their heritage and culture and shows up throughout the performance. If it offends you, then this isn’t going to work for you. The symbolism is addressed in the documentary that goes with the release. The image of that flag is part of the band’s iconography, and at one point in the show you’ll hear Ronnie admonish a group waving that flag not to let it touch the ground. I don’t believe the band was about hatred here, or racism. I suspect that’s not the kind of thought that even occurred to these guys.

Call Me The Breeze

The included documentary is called If I Leave Here Tomorrow and was a Showtime film a few years ago. It’s a nice look at the band’s roots with plenty of vintage audio and video. You get to hear from the band’s late members through archive material. Of course they spend a lot of time on the plane crash. It’s somewhat haunting as they show film footage taken from inside the plane during the flight before things went horribly wrong. These were the last images for some of these people. Hearing from those that survived the crash relate the experience is sobering to say the least.

Like them or not, Skynyrd has survived not only the test of time but tragedy of Shakespearean proportions. With all of that, if you ask anyone in the latest incarnation of the band they’d describe the years from another perspective. “It’s been sweet.”

Gino Sassani is a member of the Southeastern Film Critic's Association (SEFCA). He is a film and television critic based in Tampa, Florida. He's also the Senior Editor here at Upcomingdiscs. Gino started reviewing films in the early 1990's as a segment of his local television show Focus. He's an award-winning recording artist for Omega Records. Gino is currently working on his 8th album Merchants & Mercenaries. Gino took over Upcomingdiscs Dec 1, 2008. He works out of a home theater he calls The Reel World. Favorite films: The Godfather, The Godfather Part II, The Body Snatcher (Val Lewton film with Karloff and Lugosi, not the pod people film), Unforgiven, Gladiator, The Lion King, Jaws, Son Of Frankenstein, The Good, The Bad And The Ugly, and Monsters, Inc.
Victor and Valentino: Folk Art Foes Paramount Presents: The Greatest Show on Earth (Blu-ray)