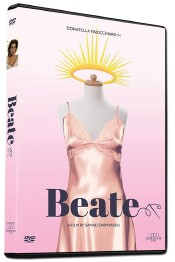 I have often found foreign comedy films a bit dry. Comedy can be so specific to culture that it rarely translates the way it might be understood or perceived in its native language and culture. The same is often true of poetry. Something gets lost in either the translation or the lack of a common experience. There are exceptions to these films. I’ve found that the most successful way to make sure your comedy jumps language and cultural boundaries is to avoid the jokes. Let the comedy come through in the situations, actions, and body language of the performers. Because the one thing that crosses all human experiences is the human experience itself. Don’t try so much to be funny. It doesn’t even have to be foreign. Don’t you hate it when you watch a movie that the cast and crew obviously thought was rolling on the floor funny and you just didn’t get it? It’s all inside jokes, and that’s what most foreign comedies have felt like for me. There has recently been a very notable exception. Beate is an Italian film that you won’t have to struggle to get. Oh, you might pretend you’re not getting it. I guess I did. But is that a smile starting to find its way out of that stoic expression? You must have gotten a head start and begun viewing Beate, out from Corinth Films. Good for you.

Armida (Finocchiaro) works as a kind of foreman for a fashion lingerie designer in their small sewing shop. There have been rumors that the owner intends to lay them off and move the company to another country where she can use cheaper labor. Of course, this gets the ladies in a bit of an uproar. They don’t want to lose their jobs, but that doesn’t stop them from complaining to Armida about all of the shortcomings of their situation. The boss doesn’t want them upset yet, because she has a big showing soon and wants them all to remain dedicated and on the job until after the show. But word gets out, and now the ladies don’t know how they are going to make a living.

Then there is Armida’s Aunt Restituda (Sardo), who is a nun at the convent of Sister Armida, for whom she was named. The long-dead sister who founded the order liss dead in a glass coffin much like Lenin did in the Soviet era. They stand vigil for her. The aunt falls asleep praying for her niece and ends up setting fire to the chapel, putting the dead Matriarch in danger. The Mother Superior is a bit of a nut for detail and ends up having a stroke, putting a younger Sister in charge pretty much at random while she recovers from her stroke. When she discovers that it will cost more money than the Church is willing to spend to fix it, she attempts to find the cash before the Church sells the land for a new resort. So where are they going to get this money? I’m sure by now you’ve guessed.

Armida leads the sewing ladies to steal the shop’s equipment and bring it to the convent, where they go into business for themselves designing lingerie with the cast-off lace made by the nuns to keep the dead sister in fresh shrouds. Part of the comedy results in trying to hide it from the recovering Mother Superior, who is struggling to speak but manages to express her frustrations quite amusingly. They hide the theft by keeping folks out of the shop by running a fake strike at the doors. It’s all helped by Armida’s lover and somewhat con artist who also helps the girls sell their wares. Of course, it’s a struggle to get started, and just when they are making money, it all comes crashing down with both the boss and the Bishop finding out what has been going on.

This is the feature film directorial debut for Samad Zarmandili. What he lacks in experience and style he makes up for with instinct. either because he realizes where the gold is, or he isn’t experienced enough to take tighter control of the elements around him. Whatever the reason, and I hope it’s the former, he lets the simple little story play out with very little distraction of overcomplicated story elements or too-stylish cinematography or staging. It’s the absolute simplicity of the thing that works so much for it here. The actresses don’t have to deliver Oscar performances. They merely have to go with the flow as naturally as possible, and the situation itself just takes over center stage. There’s just enough spice with the over-the-top Mother Superior to keep us grounded in the farce, and the rest just happen naturally. Instantly you have a farcical film that translates to any language. You don’t even have to pay too much attention to the subtitles. The screen is telling you everything you need to know to have a great time. The performers shouldn’t even look like they’re acting at all. You see, “If they get caught it’s bad.”

Gino Sassani is a member of the Southeastern Film Critic's Association (SEFCA). He is a film and television critic based in Tampa, Florida. He's also the Senior Editor here at Upcomingdiscs. Gino started reviewing films in the early 1990's as a segment of his local television show Focus. He's an award-winning recording artist for Omega Records. Gino is currently working on his 8th album Merchants & Mercenaries. Gino took over Upcomingdiscs Dec 1, 2008. He works out of a home theater he calls The Reel World. Favorite films: The Godfather, The Godfather Part II, The Body Snatcher (Val Lewton film with Karloff and Lugosi, not the pod people film), Unforgiven, Gladiator, The Lion King, Jaws, Son Of Frankenstein, The Good, The Bad And The Ugly, and Monsters, Inc.
Black Widow Wildcat