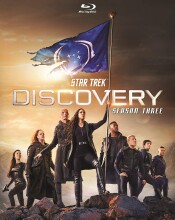 “In a very real sense, we are all aliens on a strange planet. We spend most of our lives reaching out and trying to communicate. If during our whole lifetime, we could reach out and really communicate with just two people. We are all indeed very fortunate.”

I should confess from the beginning that I am a very dedicated Star Trek fan. I’m not a Trekkie or a Trekker, I’m a fan. I have often allowed my fan status to cause me to embrace the franchise even when it wasn’t necessarily so good. As a young 15-year-old kid I attended the first 10:00 AM showing of Star Trek: The Motion Picture with a handful of friends on the opening day. We stayed through six showings and left sometime after midnight the following day, occupying the front row center and subsisting off the day’s limited concession offerings. Basically candy, popcorn and soda. Little has changed except for the lack of responsibilities that would allow me to spend 14 hours watching a single film over and over again. I’m still reluctant to dismiss anything Star Trek, but that’s nearly what happened when I watched the first season of Star Trek: Discovery.

The series happens approximately a decade before James T. Kirk becomes captain of the Enterprise. That means the show exists in a world that should be somewhat familiar to me. It wasn’t. It’s hard to imagine that in just 10 years technology would take a significant step backward, and uniforms and ship designs would undergo such a drastic change. Oh, and that Starfleet Command would move from Paris to San Fran. But all of this is the work of Alex Kurtzman. And we all know that he has a superpower. He has the ability to take a beloved franchise and run it straight into the ground at warp speed. But why is he always messing with things that I love? His Dark Universe over at Universal destroyed the hopes of seeing so many of my favorite Universal classic monsters once again reunited on the big screen. Fortunately he was fired from that task after the abysmal Tom Cruise The Mummy failed in every way a film could fail. Thanks for that, Alex. Now you won’t be happy until you kill Star Trek.

Last season started to show some promise. Anson Mount joined as Captain Pike and teased what will be its own series soon. That’s where most of my Trek hopes are at the moment. But there have been efforts to bring Discovery out of the continuity nightmare that it has been from the start. The technology just doesn’t match, and there are so many things that would have gotten mentioned back in the days of Kirk and his gang. I think even Kurtzman eventually realized that he had painted himself and the franchise into such a corner that it was pretty much about to unravel. So in season two the ship gets a bunch of information called the Sphere Data that it must somehow protect from falling into the wrong hands. Burnham (Martin-Green) comes up with the idea to send it all along with the ship into the future. And that’s where we left it. She led the way in that angel-suit of hers and arrived with the idea she’d send the suit and a message that the plan worked. And that’s where season three begins.

She lands on a world 933 years into the future, where she meets up with a new character named Book (Ajala). He’s something called a courier. In the future the Federation has broken up, and there is little organization. It’s a bit of a dark ages because dilithium is rare. A century earlier an event called The Burn destroyed most of it along with most warp ships. It all just suddenly exploded, and that was a killing blow for Starfleet. The next episode deals with the arrival of the ship itself and their attempt to escape an ice planet where they crashed. It turns out they arrived a year later, and Burnham has been with Book all of this time. The reunion puts them on course to locate the remnants of the Federation and try to rebuild this broken future.

To achieve this goal, they head to Earth, where Burnham had received a message from a surviving officer. When they get there they find Earth not so friendly and having nothing to do with whatever is left of the Federation. So who sent the message? Enter the second new regular, Adira (Barrio). At first she’s a she, but we get into some woke gender stuff by the time the season is over. She’s a teen, but she has a Trill who is, among others, the Starfleet officer they are looking for, and this leads them to a hidden outpost where Starfleet has been getting back on its feet. The new fleet is run by Admiral Charles Vance, played by the more exciting newcomer, The Mummy’s Oded Fehr. There’s going to be some growing pains ,and the ship gets outfitted with all the new technology. Now they have to solve the mystery of The Burn and fight the bad guys this season, a terrorist network called the Emerald Chain, headed by Orion Osyraa, played by the season’s second best newcomer, Janet Kidder.

The season includes a ton of classic Trek callbacks. There is footage of Nimoy from The Next Generation two-parter Unification. His dream has now become a reality, and Vulcans and Romulans live as one on a planet call N’Vari. Two new ships are called The Nog, named after the Deep Space Nine character played by Aron Eisenberg, who died at only 50 of kidney failure 1n 2019. Another ship is the 11th starship to carry the name Voyager, and a few species from their Delta Quadrant antics are to be found here as well. There is mention of the Temporal Wars from Enterprise, and they might be a problem with Discovery’s travel through time, which violates the Temporal Accords that ended that conflict. There’s also a ship named the Yeltchin, named for the young actor who played Chekov in the Kelvin films. He was killed when his own car rolled down a hill on top of him.

This was a great move for the series. It takes them out of current Trek and gives them a place and story of their own. I find it far more interesting that we’re now exploring the Federation of the 30th Century. This could actually be a lot of fun. The crew has grown. Saru (Jones) is captain throughout the season, but looks to be leaving with Burnham in charge starting next year. Doug Jones does get to play three episodes with his normal face without the makeup. Tilly (Wiseman) gets to try her hand at command with mixed results. She’s back in her old role and maybe a little wiser for the experience.

You have to look at this season as a transition that works out all of the bugs of the retool, but it is absolutely worth it. Let’s see where it takes us now. There are 13 episodes on five discs with about three hours worth of bonus material. I have no doubt that Kurtzman wants to do right by Trek. “Wanting isn’t the same as doing”.

Gino Sassani is a member of the Southeastern Film Critic's Association (SEFCA). He is a film and television critic based in Tampa, Florida. He's also the Senior Editor here at Upcomingdiscs. Gino started reviewing films in the early 1990's as a segment of his local television show Focus. He's an award-winning recording artist for Omega Records. Gino is currently working on his 8th album Merchants & Mercenaries. Gino took over Upcomingdiscs Dec 1, 2008. He works out of a home theater he calls The Reel World. Favorite films: The Godfather, The Godfather Part II, The Body Snatcher (Val Lewton film with Karloff and Lugosi, not the pod people film), Unforgiven, Gladiator, The Lion King, Jaws, Son Of Frankenstein, The Good, The Bad And The Ugly, and Monsters, Inc.
Spiral (UHD Blu-ray) (4K) Gangs of London: Season 1 (Blu-ray)