Posted in: No Huddle by Gino Sassani on September 24th, 2021 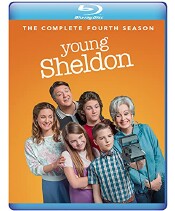 “Our baby’s going to college.”

Warner Brothers is very familiar with superheroes. That goes double for the character of Sheldon, played by Jim Parsons, on The Big Bang Theory. A common thread in the superhero business, of course, is the origin story. With the popularity of The Big Bang Theory, and the Sheldon character particularly, it isn’t all that surprising that we would eventually be treated to Sheldon’s origin story. But instead of flashbacks on the series, the decision was made that Sheldon’s childhood was territory that could be mined for years. Thus was born Young Sheldon. And it’s now lasted for years and counting.  For fans of the original show and character, it couldn’t have come at a better time. Parsons had just turned down an offer of $50 million for two more years of Big Bang. I can’t imagine how it must feel to be able to turn down that kind of money. But faced with doing the series without him, the smart decision was to shut it down. What started with a big bang ends with a tiny little man. The Big Bang Theory has ended. I’m not sure we’ve seen the last of it in some form or another. Sheldon will live on as a kid for years to come. Not sure what Parsons’ paycheck is here, but it requires only his narration.

The series picks up in east Texas where now 11-year-old Sheldon (Armitage) has skipped a few grades and headed to college. Now 10, Sheldon is now headed to East Texas, much to his mother’s despair. He has the brains and many of the mannerisms of the character we already know, but he’s even more lacking in the social graces, and the challenge is tough to be an 11-year-old entering college. Sheldon has two siblings. Missy (Revord) is his twin sister. She doesn’t share his brains, but she’s advanced in other ways. She often has the wit of an adult and is quite adept at the fine art of sarcasm. Georgie (Jordan) is his older brother, who is on the opposite side of the intelligence scale. He’s a football player who wasn’t happy to have his younger brother joining him in high school, where Sheldon was in the habit of correcting his teachers and making his own kind of waves. Their father, George, (Barber) is the football coach at the school and struggles to bond with his smart son. Mary, their mother, is played by Zoe Perry, who happens to be the daughter of Laurie Metcalf, who plays the older version of Sheldon’s mother on The Big Bang Theory. It’s actually the second time she’s played a younger version of her mother’s character. She appeared in flashbacks on Rosanne. She’s the only other character from this series that we are already familiar with. She’s been most notably known for her Bible Belt religious tendencies. Finally, there is Sheldon’s Meemaw, played by Annie Potts. It’s a character the older Sheldon often talked about, but we never met.

Young Sheldon will feel familiar even to those who don’t already know the character. This show borrows heavily from The Wonder Years. Like that series, it is a period piece. This time it’s 1989 instead of 1969. And just like that series, the events are narrated with a nostalgic tone by the older character, in this case Jim Parsons as Sheldon. The show utilizes the iconic images, events, and sounds from the period to create its style. The family is also quite like the family from The Wonder Years, with brother Georgie looking and feeling very much like Arnold’s older brother Wayne. The show’s dynamics often mirror the same style with a lot of time spent with the family having dinner, which was a huge part of The Wonder Years. The big difference, aside from the personality of the main character, is the show’s point of view. Young Sheldon does not remain constant as a show from only Sheldon’s point of view. We do not see just what he sees. As the younger version of Sheldon grows, I suspect the effect will be very much as it was watching Fred Savage grow up on his show.

Iain Armitage does a pretty solid job. He’s in a very unenviable position. He’s expected to play a character the audience has known for over 11 years. He has to hit some of the mannerisms, but there must be room to allow the character to evolve and grow into what we already know. It’s a balance I think the young actor accomplishes for the most part. He has the speech patterns down and carries himself in that stiff, socially uncomfortable way that we are used to. The episodes often include events that shaped a new aspect of the familiar character, and it’s a rather pleasant journey. But it does take some getting used to. I was not enjoying the show at all for the first handful of episodes. I can’t quite put my finger on the reason, but it was rubbing me rather the wrong way. At some point I started to get a better feel and absolutely warn you that it is somewhat of an acquired taste. The series also contains some spoilers of Sheldon’s adult life that have not yet been revealed on The Big Bang Theory. It’s obvious that the Sheldon narrating the episode is one much older than the current version. He’s most certainly an unreliable narrator. He sees things in his own self-aggrandizing world, but we get to see it less filtered, and much of the humor is the inconsistency in how older Sheldon views an event and how it actually played out.

It’s not just Young Sheldon who is evolving. Georgie actually gets some good stuff this season. He’s feeling the need to take on more responsibility. He has a few get-rich quick schemes actually pay off somewhat and develops tension with Dad when he’s making his own money and thinks he can buy his way out of chores and the like. Missy comes into her own a bit more, and I suspect she’s going to get a lot more to do in Season 5.

Annie Potts continues to shine as Sheldon’s “Meemaw.” She’s dealing with Dr. Sturgis, played by Wallace Shawn, coming home from the mental hospital, where he promptly breaks up with her. He also moves away from the college before Sheldon gets there to take a job at a new supercollider. Don’t worry, we still see plenty of him, but mostly through video chats. I suspect COVID had more than a little to do with these turns of events. He ends up fired by season’s end for admitting there is a slight chance of the collider creating a catastrophic black hole. The discussion actually leads to one of the show’s best episodes. They talk about alternate worlds, and we get to see versions of the family where they have different characteristics, from an idiot Sheldon and a slut Mary to a preacher George.

Mostly Sturgis’s job is split by two other characters. Dr. Linkletter, played by Ed Begley Jr., is Sheldon’s reluctant mentor now at college. And Meemaw’s new guy is sporting goods store owner Dale, played by Craig T. Nelson. He’s very opposite of Sturgis. He’s arrogant and cynical. He hires Georgie to watch help at the store. Nelson is a wonderful addition to the cast and provides some very good laughs throughout the season.

Since this is a period piece, it could not quite address COVID. But we can see the impact. There are less crowded interactions and an episode where Sheldon infects his computer with a virus because he wanted a bootleg railroad tycoon game offer some obvious parallels.

You get all 18 episodes on two discs. The only extra is a 5-minute virtual reunion of the actors, who talk about their lockdown lives. Sheldon can’t be trusted to tell the truth, but when it comes to the laughs, he’s old reliable. “I know it’s an unauthorized biography, but I’m enjoying it.”

Gino Sassani is a member of the Southeastern Film Critic's Association (SEFCA). He is a film and television critic based in Tampa, Florida. He's also the Senior Editor here at Upcomingdiscs. Gino started reviewing films in the early 1990's as a segment of his local television show Focus. He's an award-winning recording artist for Omega Records. Gino is currently working on his 8th album Merchants & Mercenaries. Gino took over Upcomingdiscs Dec 1, 2008. He works out of a home theater he calls The Reel World. Favorite films: The Godfather, The Godfather Part II, The Body Snatcher (Val Lewton film with Karloff and Lugosi, not the pod people film), Unforgiven, Gladiator, The Lion King, Jaws, Son Of Frankenstein, The Good, The Bad And The Ugly, and Monsters, Inc.
Exclusive Interview With Michelle Danner, Director Of Bad Impulse & The Runner F9: The Fast Saga – Director’s Cut (UHD Blu-ray) (4K)