Posted in: Super Round-Up by Jeremy Butler on October 29th, 2021 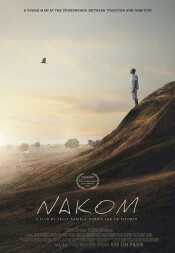 No Huddle Reviews
Super Round Up

Here at Upcomingdiscs we have worked to bring you a large variety of reviews. Of course, we cover the big blockbuster films that hit the box office and get us out to the multiplexes. We’re known for our television series coverage and have brought you the best in both television and streaming material. We also like to think that we introduce the world to some of the films out there that don’t have big budgets or advertising campaigns. Tucked within these smaller releases you can find diamonds in the rough that showcase the kind of talent and storytelling you might get from a big studio but from artists who have visions that might not attract that kind of attention. The true fan of film is always on the lookout for these kinds of films, and this monthly roundup is our way of bringing some of what we find to your attention. So do a little mining here, and you might just find a diamond of your own..

You Will Die At Twenty

This was one that I honestly felt compelled to review. I mean, it unquestionably has the most intriguing and eye-catching title of the batch. Granted, the title somewhat gives the film’s the premise, but as we all know, it’s not the destination, but the journey. During a naming ceremony for her son, a woman receives a dark proclamation regarding her son’s future. This causes her to become overly protective; however, could you blame her? I mean, if I was told that my child was going to die at an early age, he would never leave my sight either.

This was a truly interesting tale, as not only do we see the perspective of the overprotective mother, but also the child, Muzamil. For me, Muzamil’s perspective was the central focus of the film, the emotional weight of carrying such a dark prediction. He is at times fearful and rebellious as he attempts to forge his own destiny. The film takes you through several stages of his life as friends and circumstances bring him closer to his foretold end. I did grow impatient at times, as my desire to know how it would end got the better of me. The character did go a bit off the rails for me towards the end, though. I know what you’re wondering. Was the prophecy true? You are going to have to watch for yourself to find out. I recommend that you do.

My favorite of the batch. This one had a great deal of character growth in it. When we are first introduced to the character of Iddrisu, he seems quite carefree as he is enjoying his life at university. He seems at ease. He’s even enjoying quality time with a lovely young lady. Then things take a turn, as his sister calls him to inform him of his father’s death. He immediately returns to his village of Nakom to bury his father. This is when his life takes a turn, as he is thrusted into the role of assuming responsibility of his household. He clearly struggles under the weight of this pressure. His attempt to maintain some semblance of his old life quickly clashes with his responsibility, as well as family drama with his uncle.

I hope you are not the squeamish type, as film depicts the killing of animals and the roasting of lizards. Above anything, this film is a story of honoring tradition while still trying to forge your own path. Throughout the film, Iddrisu finds himself being compared to his father and being criticized for his choices, but eventually a good balance is found. The film’s ending did throw me for a loop, as I was expecting your garden variety happy ending. Nakom delivers anything but that.

This tells the story of a couple that after years of trying to conceive a child of their own, find themselves unable to do so. In order to have a family, they adopted a child. After years together, their idyllic family is put at risk when their son’s biological mother returns, demanding the return of her child.

The film kind of just drops you in the middle of the story, without any kind of context. I grasp that it was story about a mother’s relationship with her son, but without the proper context, I found myself really wondering about the overall premise of the story. The context doesn’t come until later, through the scope of flashback, which shows the couple’s struggles with conceiving a child and the emotional toll this difficulty has on the couple’s relationship, leading to their inevitable decision to adopt. The movie is without question a slow burn, and I at times found my interest in the story going in and out. Things didn’t really pick up for me until the biological mother re-entered the picture, waiting her child back. Watching her journey gave the story greater context and gave the film balance as it captures both sides of the story.

This film serves as the feature debut for director Cathy Yan, who you may know from her direction of the Margot Robbie-led Birds of Prey film, which I feel got a raw deal when it came to critics. This 2018 film focuses on the intersecting stories of a bumbling pig farmer, a salon owner, a busboy, an ambitious expat architect, and a rich girl. The film switches between Chinese and English as it goes from one storyline to another. This made it difficult to get comfortable from an audio standpoint. There was a nice surprise in the form of Zasie Beetz (Atlanta), who I was not expecting to see. It was nice to see a familiar face.

Billed as a satirical comedy; I didn’t do much laughing. I blame that more on the language barrier than anything else. Despite not doing much laughing, I did enjoy the film. There was intrigue in the manner in which the stories fed into one another. However, I did feel like much of it was over my head, as it was clearly a commentary on the social hierarchy in China. Having limited knowledge of their social hierarchy, I at times was left feeling like a fish out of water.

Jeremy Butler is a film school graduate of the International Academy of Design and Technology. He is been writing for Upcomingdiscs since 2012; however, movies have played a big part of his life for much longer. Favorite genres include horror, science fiction/fantasy, and comedy. Favorite movies are V for Vendetta, Boondocks Saints, Kiss Kiss Bang Bang, and The Godfather.
The Green Knight (UHD Blu-ray) (4K) Snake Eyes: G.I. Joe Origins (UHD Blu-ray) (4K)