Posted in: Disc Reviews by Michael Durr on January 18th, 2010

Robin Hood is a fantastic tale, and one that can be re-told again and again without fail. The story begins with a man that steals from the rich and gives to the poor. This is a great way to give us a hero to cheer for and has worked for Errol Flynn and even Kevin Costner. This summer, Russell Crowe tries his hand at making the arrow stick for a successful box office run. But will Jonas Armstrong make a viable enough Robin Hood for a third season of this BBC series? We will just have to see.

The second season of Robin Hood ended in a shocker: Marian (played by Lucy Griffiths) has been murdered at the hands of Guy of Gisborne (played by Richard Armitage). Robin Hood (played by Jonas Armstrong) is outraged and seeks Gisborne’s head on a silver platter. His only desire is vengeance and he won’t be held back by anything to achieve his revenge.

Robin Hood even pushes away his long time band of merry men, primarily Little John, Much and Allan A Dale (played by Gordon Kennedy, Sam Troughton, & Joe Armstrong respectively). He will risk his life and limb to avenge the death of his one true love. But Gisborne & Vaisey, Sheriff of Nottingham (played by Keith Allen) have plenty of surprises in store for outlaw.

There are also new characters added this season. Brother Tuck (played by David Harewood) who is a very famous character in Robin Hood lore finally makes his entrance. He is portrayed as a warrior monk who has searched the land for Robin Hood as he believes that the outlaw is his best hope to save the peasants from a tyrant rule.

Kate (played by Joanne Frogatt) is also introduced. She is simply added to the mix as a peasant from Locksley village who helps the band of merry men after her brother gets murdered by Gisborne. She has a rash temper and an outspoken spirit which usually does her more harm than good. However, she does her best to aid Robin & his men in some dangerous situations.

Isabella of Gisborne (played by Lara Pulver) & Archer (played by Clive Standen) are also introduced to the cast. Isabella is the younger sister of Guy of Gisborne but is seeking a little more than simply being part of the Gisborne bloodline. On the other hand, Archer is the son of Lady Ghislaine (mother of Isabella and Guy of Gisborne) and Lord Locksley (Robin Hood’s father) which makes him half-brother to a lot of people. His stake in the situation is about as mysterious as his origins.

With a bevy of new characters and a storyline that starts from the edge of uncertainty, we have a third season that is sure to require a plot twist at almost every turn and leave everybody breathless after each episode. Can Robin avenge his true love by vanquishing the evil that rests in Nottingham and give back to the peasants a home that is free of unscrupulous taxes and hardship?

I think I’ve seen just about every Robin Hood adaptation that is out there. From Errol Flynn in the 30’s classic to Cary Elwes in Robin Hood: Men in Tights. So, I was excited and a little worried at the same time to see a television series from the fine people at BBC. Thankfully, all those worries went away after the first three episodes. The casting is top notch and surprise, the show actually feels like Robin Hood, right down to the accent *wink*.

The episodes also seem to take quite the daring approach. I’m sure it isn’t for everybody, but I found the depths to which the creators of this Robin Hood are willing to go to are refreshing and stray from the classic one-dimensional hero prototype. Robin Hood when provoked can have quite the dark side and others can be forced into picking between their livelihood and the cause that has become so precious to them.

The only thing I didn’t seem to care for was the introduction of Kate. She seems nice enough but her personality tends to get her into more trouble than she’s worth. By halfway through the season, you wish she would just stop helping Robin and his men. Also, since we are well into the third season; can’t we dispense with the villagers acting as they don’t want to help Robin against the evil of Nottingham? They seem about as much an obstacle as Gisborne himself and only annoy Robin at every turn.

Video is presented in 1.78:1 Anamorphic Widescreen. One of the series’ strongest suites is the video quality of the show. Everywhere you look, you see how beautiful the set and surroundings are. This was filmed in Budapest, Hungary and the exotic locale is well appreciated. Colors are sharp and it is hard to find any defects in this presentation even in the darks.

Audio quality is also up to par as they show off a 5.1 Dolby Digital English primary audio and a 2.0 mix is also included. Dialog resonates in the main channel quite effectively and despite the strong British accents is always clear and discernable. Effects such as water splashing or sword fights away from the center of the screen actually appear in the surround channels making this a fun experience. Subtitles are also available in English.

Unfortunately, Season Three of Robin Hood was the last season of the show as BBC opted to not give the band of merry men a fourth season. The show did have a finish even if every fan probably might or might not agree that it was the desired one. However, most fans can agree that it was still a great season full of plot twists, incredible action and some interesting new characters.

The dvd package for the third season certainly kept true to the series featuring the same great video and audio one would expect from a BBC series. The extras were plentiful and the only thing missing was maybe a couple of commentaries on some of the key episodes in the series. I give a sincere recommendation to Robin Hood Season Three as long as you have watched the first two seasons. For myself, I now need to go find those two seasons, take care.

Episodes
Disc One
Total Eclipse
Cause and Effect
Lost in Translation

Sins of the Father
Let the Games Commence
Do You Love Me?
Too Hot to Handle

The King is Dead, Love Live the King…
A Dangerous Deal
Bad Blood
The Enemy of My Enemy 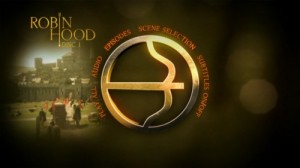 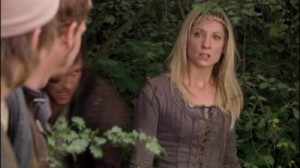 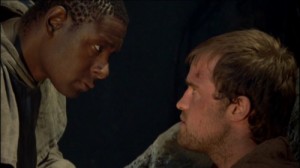 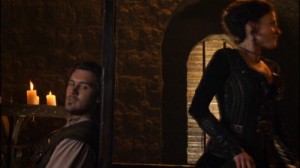 Michael Durr has been reviewing movies for the better part of fifteen years now. He primarily enjoys thrillers, sci-fi, animation and even a little courtroom drama. His favorite films include Escape from New York, the Goonies and anything with Alyssa Milano. When he’s not praising Kurt Russell as the greatest actor of our time or scratching his head over a David Lynch flick, he’s spending time at home in Texas with his lovely wife, Lori and his amazing son. How they put up with him is a mystery, but even Basil Rathbone doesn’t have the time to solve that one.
The Green Berets (Blu-ray) 12 Days Of Christmas Winners Circle