Posted in: The Reel World by Gino Sassani on February 10th, 2012 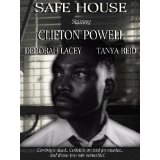 I know a few ladies out there, and maybe even a few guys, who wouldn’t mind it at all if Denzel Washington were their houseguest. But for Ryan Reynolds and the rest of the cast of Safe House, Denzel is going to be more than a handful of trouble. It’s the latest in the prolific career for Denzel Washington, who continues to find new ways to reinvent himself on the screen. From the historic Malcolm X to time-traveling detective, he’s never really settled into any single kind of movie or genre. In Safe House he takes on the role of action hero or villain; the area’s a little gray. He’s been in high-powered films before, but I’d say this is the most butt-kicking you’ve ever seen from the talented veteran actor.

Tobin Frost (Washington) has been a rogue CIA agent for years. He’s considered a traitor and is a badly wanted man. He has suddenly walked into an American embassy in Cape Town, South Africa and turned himself in. He’s taken to a safe house administered by frustrated Agent Matt Weston (Reynolds) who would rather be out in the field. He’s about to get his wish, because as much as the feds want Frost, there are some other guys out there who want him and something he’s hidden more than anything. It’s up to Reynolds to protect Frost and get him to a safe location. Of course, he finds out he can’t know who to trust. The result is an adrenaline-filled game of cat and mouse that will leave a lot of dead bodies and wreckage in its wake.

“The clock is ticking and they gave you the keys.”

It would be very tempting to call this one a “Black Bourne” film, and it wouldn’t really be that far off the mark. The essential elements are there: The rogue CIA operative, betrayal from the inside, the unwitting accomplice and the fight for some hidden truth or agenda which is very bad need of being exposed. Hollywood has given us so many of these films of late that it’s almost become a genre in and of itself. And the label absolutely fits here. But that would be somewhat of an oversimplification of the facts here, and honestly, Safe House rises a little bit above the aforementioned mold. Washington and Reynolds share a great bit of chemistry here and both look as if they are having quite a blast making the movie. It shows, it really does. Washington as much as winks at us from the screen from time to time, and I honestly don’t think I’ve ever seen him having this much fun. There are still a few surprises to be found in the formula, and this film does a good job of finding them.

Director Daniel Espinosa never lets us rest. His manic quick cuts during fights are a bit much, and I never really liked such “flash” editing and it doesn’t offer much here either. Fortunately, he more than makes up for it with some other kinds of adrenaline rushes that are allowed to play out in a more standard style. Car chases, or should I say car crashes, play out for quite a lot of fun here. There’s the requisite incredible stunts and firefights. Espinosa doesn’t disappoint when it comes to pacing. He’s smart enough to pull in tight on his actors and let the performances serve as a solid foundation for the action elements. It’s a smart amusement ride that offers up expected elements with enough fresh ideas to keep you interested on another level. And then there’s Washington, once again who has likely seldom been better. “Practice anything a long time you get good at it.”

Gino Sassani is a member of the Southeastern Film Critic's Association (SEFCA). He is a film and television critic based in Tampa, Florida. He's also the Senior Editor here at Upcomingdiscs. Gino started reviewing films in the early 1990's as a segment of his local television show Focus. He's an award-winning recording artist for Omega Records. Gino is currently working on his 8th album Merchants & Mercenaries. Gino took over Upcomingdiscs Dec 1, 2008. He works out of a home theater he calls The Reel World. Favorite films: The Godfather, The Godfather Part II, The Body Snatcher (Val Lewton film with Karloff and Lugosi, not the pod people film), Unforgiven, Gladiator, The Lion King, Jaws, Son Of Frankenstein, The Good, The Bad And The Ugly, and Monsters, Inc.
Annie Hall (Blu-ray) The Hammer