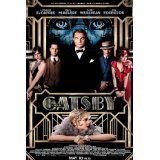 I still remember reading “The Great Gatsby” in my high school English class and dissecting its many themes, including the corruption of the American Dream. “One day, someone should make this into a big-budget 3D movie,” said Absolutely No One. When this project was first announced, it seemed more like a commercial parody on Saturday Night Live than a real movie. I mean, what other high school English staple was Hollywood going to co-opt next? Maybe next summer will bring To Kill a Mockingbird: Die Mockingbird Die! (in IMAX 3D, of course). It’s not that I believe 3D should be confined to cartoons, cheesy horror flicks or anytime James Cameron decides he actually wants to make a movie. The absurdity of the 3D tag for The Great Gatsby had less to do with the film’s literary origins — the extra dimension was used to stellar effect in the adventurous Life of Pi — and more to do with feeling totally unnecessary when applied to such rich source material.

My fears that the book’s substance was going to get buried under a mountain of excessive style were heightened when I found out Baz Luhrmann — most famous for the audacious, gaudy “Red Curtain Trilogy” comprised of Strictly Ballroom, Romeo + Juliet and Moulin Rouge! — would be adapting the novel. But as the film’s release date grew closer, got pushed back, and then grew closer again, something strange happened. Something even more unlikely than Jay Gatsby cranking a Jay-Z track from his iconic yellow roadster; I actually started to warm up to the idea of The Great Gatsby 3D.

“Who is this Gatsby?”

Even though there’s a good chance you read the novel in high school, there’s an even better chance you may not remember much about it. (I know I needed a refresher.) The Great Gatsby is actually told from the perspective of Nick Carraway (Tobey Maguire), a World War I veteran-turned-bondsman who arrives in the fictional Long Island village of West Egg. Across the bay in East Egg, Nick’s lovely second cousin Daisy (Carey Mulligan) lives with her rich, boorish husband Tom Buchanan (Joel Edgerton). West Egg residents are what Tom derisively refers to as “new money”, and they include Nick’s next door neighbor, Jay Gatsby (Leonardo DiCaprio). Gatsby lives in an impossibly lavish mansion and throws impossibly lavish parties, so no one seems to mind that their generous host is a complete mystery. (People assume he’s a spy, a prince, a murderer, or all three). It was actually the promise of seeing Luhrmann bring these soirees to life — and capture the general verve of the Jazz Age — that first got me interested in seeing his 3D take on Gatsby. The film is certainly livelier than both my 9th grade book discussions and the 1974 film adaptation starring Robert Redford and Mia Farrow.

Nick finds himself drawn to Gatsby’s lifestyle and his past, which included a romance with Daisy. With Nick’s help, Gatsby is determined to win Daisy’s heart again. The Great Gatsby is based on F. Scott Fitzgerald’s landmark novel of the same name. Fitzgerald wrote the novel during the time the story takes place: the Roaring Twenties. The book and its themes have been analyzed by people who are infinitely smarter than me, so I hope you don’t mind if I just focus on the movie.

Considering his filmography, I was surprised by how relatively faithful to the material Luhrmann remained. There’s nothing as radical here as giving the Montagues and Capulets handguns in Romeo + Juliet. (The “craziest” anachronistic touch is soundtrack contributions from the likes of Beyonce, Amy Winehouse and Jay-Z, also an executive producer on the film.) Luhrmann’s sensory overload aesthetic is a great match for those delirious party scenes, which are also enhanced by the 3D. (The Best Costume Design Oscar is in the bag.) The extra dimension also came in handy whenever the camera whooshed across one side of the bay to the other, or glided through Gatsby’s ridiculous mansion.

Of course, Luhrmann can’t always help himself. The over-the-top stylistic flourishes in Moulin Rouge! — which I initially hated before I grooved to its bananas storytelling — were there to prop up a (frankly rote) Tragic Love Story. In Gatsby, some of that same stuff — like Daisy’s ridiculously ethereal introduction or car rides straight out of Looney Tunes — is distracting for no good reason. Actually, the reason may be that Luhrmann’s films aren’t nearly as interesting when they’re not being driven by some sort music. I’m not necessarily talking about Ewan McGregor belting out an Elton John song; I’m talking about the rhythm and energy that courses through the director’s best work, even when no one is singing or dancing. It’s why the film’s incredibly dramatic climax — when Daisy has to choose between Gatsby and Tom — falls flat.

The cast is somewhat of a mixed bag. Since his Titanic breakout, DiCaprio has mostly avoided roles that rely solely on his movie star looks. So even his choice to play Gatsby — a man whose image has been meticulously manufactured — is a bit of a subversion of the “Handsome Rich Guy” role he could probably play in his sleep. The actor effectively plays up the insecure — overusing the phrase “old sport” like a nervous tic — and delusional side of Gatsby that believes Daisy will automatically abandon her life now that her old lover has acquired some wealth. (Especially since that wealth seems to have been gained by dubious means.) DiCaprio isn’t quite as convincing as the uber-charismatic rich guy who enchants Nick. Maguire (close buddies with DiCaprio in real life) does decent work as Nick, a stand-in for the audience and whose arc from wide-eyed gawker to being totally disgusted by all these shallow rich people is supposed to mirror the audience’s reaction. (The actor is better in the early scenes when Nick literally becomes intoxicated by the high life.) By nature, Nick is a very passive character, observing and standing awkwardly to the side as other couples carry on love affairs. Luhrmann and co-writer Guy Pearce try to remedy this issue by constructing a framing device that places a chronically depressed Nick in a sanitarium and has him recount the tale of Gatsby to a doctor, but the character is still an empty vessel.

Scene-stealer Edgerton seems to be channeling Ernest Hemingway with his amusing, brutish, surprisingly layered performance as Tom. Even though he’s the nominal villain, Tom is also the only person in the movie who 100% knows who he is. Mulligan is lovely, looks the part of a golden girl from the era (as opposed to this type of “Golden Girl”), and nicely conveys Daisy conflict. However, her stylized performance felt a bit too melodramatic at times. Newcomer Elizabeth Debicki cuts a striking figure in the plum role of Jordan Baker — the physical opposite of delicate Daisy — but is little more than a sarcastic delivery system for plot information. Isla Fisher brings the same manic energy she brought in her Wedding Crashers breakout to the small, crucial role of Myrtle Wilson, who is carrying on an affair with Tom.

Luhrmann’s vision of The Great Gatsby contains a few moments of genuine beauty. (Gatsby hilariously overdoes it with the flowers during his reunion with Daisy.) However, the film is ultimately guilty of the same sins — hollow style serving as a substitute for meaningful substance — the material is supposed to be criticizing.