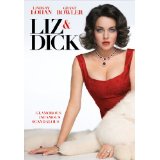 “An affair born in betrayal will end in ashes.”

And a movie starring Lindsay Lohan and Grant Bowler depicting Hollywood’s most controversial and scandalous couple will share the same fate. Liz & Dick tells the love story of two-time Academy Award winning actress Elizabeth Taylor and respected theater actor turned leading man Richard Burton, documenting from their first meeting to Burton’s death in 1984. The key element to love stories, especially biographical love stories, is casting two people that will have chemistry that not only emanates on screen but resembles that of the two actors you are portraying, and Lohan and Bowler failed to deliver.

They met on the set of Cleopatra and loathed each other right away. From their first meeting both made quick assessments of one another; he thought she was conceited and not worth her hype, she believed him to be nothing more than a serial philanderer seeking another notch on his belt. The Cleopatra & Mark Antony love scene changed everything for these two as their passion quickly spilled out from movie set and into their trailers.

News of their relationship quickly became Hollywood’s most scandalous and popular story given that both were married (Burton on his first marriage and Taylor on her fourth). Despite the knowledge that wherever that went they would be followed by paparazzi and how their actions affected their spouses, Liz & Dick (as they would henceforth be known as) continued their affair that would eventually lead to two marriage attempts and eleven films including Who’s Afraid of Virginia Woolf, the film that earned Taylor her second Academy Award. They were a lavish couple, exchanging gifts as exuberant as Van Gogh paintings, private jets, and millions of dollars in jewelry to show their love and devotion to one another. Truly in love, but they were unable to sustain their love that burned too bright, too quickly.

Before I begin I would just like to say that I acknowledge how difficult acting is as an art form, and I acknowledge how challenging it would be to assume the lives of two people who actually lived, especially two people as iconic as Elizabeth Taylor and Richard Burton; I am of the opinion that there are few actors that would have been able to convincingly do the pair justice. That being said, Lohan and Bowler were aware of that challenge before they agreed to the project, and neither of them made me believe a single second. Their acting was just that, acting. There was no immersive feeling; there was no belief that I’d been transported to the past and was observing events of the real couple’s lives; they were just two people going through the motions; they were actors playing parts, and that was visible onscreen. As far as chemistry goes, not sure if it was the age difference between the two or the fact that Lohan looked too young to be playing the then 29-year- old Taylor, but when they kissed it was awkward, not romantic.

Now I’m not bashing the two simply for the sake of bashing them; to be clear, I think Grant Bowler shows promise in his new series Defiance, and I am probably one of the few people who actually hopes that Lindsay Lohan will find success again, but as a far as their work in Liz & Dick goes, I think it will do more harm than good.

Jeremy Butler is a film school graduate of the International Academy of Design and Technology. He is been writing for Upcomingdiscs since 2012; however, movies have played a big part of his life for much longer. Favorite genres include horror, science fiction/fantasy, and comedy. Favorite movies are V for Vendetta, Boondocks Saints, Kiss Kiss Bang Bang, and The Godfather.
Monsuno Volume 2: Power Broken City (Blu-ray)