I Believe in Unicorns

Posted in: Disc Reviews by Archive Authors on January 24th, 2016 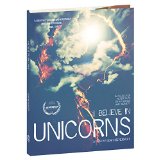 I Believe In Unicorns is a small independent movie that few people will see. It’s the kind of film experience people don’t see much of because the culture is saturated with pre-packaged product. That’s probably a bad thing. The film is by writer/director Leah Meyerhoff, and one of the stars is her mother, Toni. Leah doesn’t have much of a resume aside from a number of shorts, one of which is included on the DVD. Twitch is an early inspiration for the feature film. In both versions, Toni plays a wheelchair-bound woman cared for by her teenage daughter. This is clearly a very personal project for Leah and Toni, who is afflicted with MS. The disease has become a very big part of both of their lives. Multiple Sclerosis (MS) is an increasingly debilitating autoimmune disease that attacks the central nervous system. In both cases the teenage daughter shows stress and depression from the extraordinary responsibility placed on her.

I Believe in Unicorns is a fairly subdued and depressing story. The style is drowsy, dreamy, and downbeat, and drifts in and out of various states of indeterminate reality. Nothing spectacular, but at times it seems that we are stuck in a teenage girl’s brain. Throughout the film a very low-tech Claymation unicorn is a demonstration of a very sad fantasy world. There is actually lots of stop-motion animation throughout. Almost everything in the movie is in service to setting a continuing mood of uncertainty and confusion. Most of the story, what there is of it, is just following Davina (Natalia Dyer) as she runs off with a boy, Sterling (Peter Vack). The time is indeterminate, but some time before cell phones, and when Polaroid cameras were commonly in use. Sterling is kind of a punk with long flowing hair. The two of them just float through a kind of childish dream of romance.  They drift on the road, having fun doing anything for their immediate pleasure. Everything about them seems unformed, which seems appropriate for teenage lovers.

To be fair, I’m not a teenage girl, which seems to be the audience that this film is aimed at. Teenage girls might truly love this film, but it creates a fantasy world that doesn’t exist anymore. It creates a world where a sense of responsibility can be abandoned to follow your heart. When Davina runs off with Sterling, all thoughts of her crippled mother disappear, and we never see the mother again. This is never addressed in the film. We are shown her grudging resentment at being the one who takes care of someone and not the one being taken care of. We don’t judge the girl at the beginning, but we probably do by the end.

The biggest problem I have with the movie is that the story is paper-thin and eventually just peters out. The film is mostly just dreamy mood fabricated from smoke and mirrors. The two unformed characters slowly become less and less clear until they literally just disappear into the mist. Smart viewers will be left with no choice but to judge them harshly.