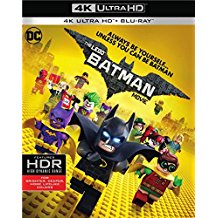 We are right in the thick of Summer Movie Season, which means there is the usual overabundance of superheroes at the cineplex. Fortunately, there’s more than enough action to be found on the small screen as well. Warner Bros. puts the pieces together this week with its release of The Lego Batman Movie in 4K. Warner also takes a bite out of The Vampire Diaries: The Final Season. Meanwhile, Candy Factory RSPVs to The Wedding Party, while Shout! Factory gets high and mighty (but mostly just “high”) with its Blu-ray release of Cheech and Chong’s Next Movie.