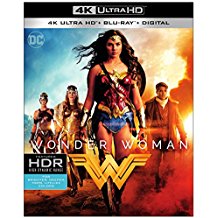 You probably heard that we had a very unwelcome visitor blow through town last week. And while UpcomingDiscs HQ is still standing, we did experience some stressful moments and a power outage that caused us to go off the grid for about a week. Fortunately, things are starting to get back to normal and we appreciate you bearing with us as we play catch up.

One of Irma’s casualties was last week’s Tuesday Round Up, which is why we are doubling up this week! The slew of Sept. 12 releases we wanted to tell you about includes Universal’s The Mummy (4K), which served as the launch of the studio’s Dark Universe. Universal also phones home with the UHD release of E.T. (4K), while Film Movement keeps its Soul on a String. Warner Brothers smartens up with Big Bang Theory: Season 10 and CBS with Scorpion: Season 3. HBO makes a profane mockery out of politics with Veep: Season 6 and invests in Silicon Valley: Season 4. Fox mixes music and drama with Empire: Season 3 and combines happy tears with sad tears in the great This is Us: Season 1.

In the spirit of doubling up, can we interest you in, not one, but *two* reviews of this summer’s superhero champion. Warner Bros. brings us Wonder Woman in 4K and in 3D! But Diana Prince isn’t the only one flexing her muscles in UHD. Lionsgate performs a couple of feats of strength by releasing Conan the Barbarian (4K) and The Legend of Hercules (4K). Film Movement relives its Glory days, and you can already check out our take on Shout! Factory’s Parisian period piece The Moderns. CBS goes into emergency mode with Code Black: Season 2, and tries to remain diplomatic with Madam Secretary: Season 3. And in addition to releasing Wonder Woman, Warner Bros. takes aim with Arrow: Season 5 and is getting too old for this s— with Lethal Weapon: Season 1.

I can’t tell you how excited we are to be back online! We hope those affected by the storm a speedy recovery.