Exclusive Interview With Patrick Kilpatrick, Actor & Author Of Dying for a Living: Sins & Confessions of a Hollywood Villain & Libertine Patriot 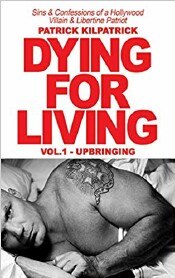 Patrick Kilpatrick may be one of the biggest stars you don’t necessarily know. He’s a prolific actor with over 14 project already in various stages of pre-release. His credits go all the way back to Tocix Avenger and include televisions shows like Lois & Clark: The New Adventures Of Superman, Matlock, Star Trek: Deep Space Nine & Voyager, The X-Files CSI & NCIS: New Orleans. His film credits include Minority Report, the under-appreciated Parasomnia, The Presidio and Remo Williams: The Adventure Begins. What is more impressive than his over 150 roles is the life he’s led off-screen. The book Dying for a Living: Sins & Confessions of a Hollywood Villain & Libertine Patriot documents the first half of that journey. It’s has a unique narrative style and a visceral storytelling that will certainly keep your attention. I got to do more than read the book. I had the opportunity to spend quite a bit of time talking to Patrick. He’s just as interesting in person. Now you can share that experience and eavesdrop on our conversation. Bang it here to listen to my chat with Patrick Kilpatrick.

You can visit his home page by banging your cursor here: Patrick Kilpatrick Home Page 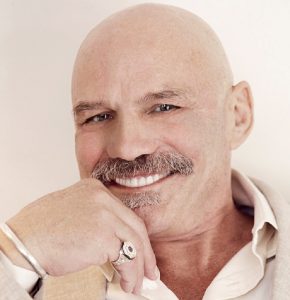 Gino Sassani is a member of the Southeastern Film Critic's Association (SEFCA). He is a film and television critic based in Tampa, Florida. He's also the Senior Editor here at Upcomingdiscs. Gino started reviewing films in the early 1990's as a segment of his local television show Focus. He's an award-winning recording artist for Omega Records. Gino is currently working on his 8th album Merchants & Mercenaries. Gino took over Upcomingdiscs Dec 1, 2008. He works out of a home theater he calls The Reel World. Favorite films: The Godfather, The Godfather Part II, The Body Snatcher (Val Lewton film with Karloff and Lugosi, not the pod people film), Unforgiven, Gladiator, The Lion King, Jaws, Son Of Frankenstein, The Good, The Bad And The Ugly, and Monsters, Inc.
Tuesday Release Round-Up For Tuesday March 12th, 2019 100 Yards