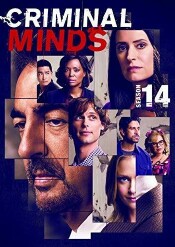 Criminal Minds is about to enter its 15th and final season, and unlike some of the other long-running shows on CBS, this one has had a fair share of bad luck. Cast members have gone, and even returned after a couple of years. Two years ago the show’s top star gets fired for physically threatening people on the set. The series has had two attempts to spin off, but unlike CSI or NCIS, neither show could get out of its second year alive. Not even Gary Sinise could save the franchise. The mothership is finally about to land, and the 14th season would become the most stable season in a few years. No new cast members, and no one left the show from the previous year. The 14th season was a shortened one that only came in at 15 episodes, but they made the most out of each of them. The show started the season with their 300th episode, and while it’s all coming to an end after the upcoming 15th season, there’s still a little life left in the show to be worth another look here.

A lot of the cast get to direct episodes this year. Gubler and Mantegna have each directed several episodes, and both return to do more in Season 14. Adam Rodriguez directs an episode, as do A.J. Cook and Aisha Tyler. All in all the cast directed nearly half of the season’s episodes. Gubler has become such a fixture both in front of and behind the camera for the show that I suspect we will see less of him acting with the conclusion of Criminal Minds. I suspect he’ll end up spending most of his career going forward behind the camera. He’s one of the show’s better directors, and he appears to enjoy it.

I’ve already mentioned that the season begins with the milestone 300th episode, and they made it a huge one. Garcia and Reid have been taken hostage by a cult, and things look rather bleak. Poor Reid ends up in the middle of another dangerous situation later in the season, this time with JJ, where the two end up sharing some “secrets” and reveal some feelings for each other that will likely be explored fully as the series comes to an end. Rossi finds himself facing his advanced years and realizes he can’t do the things he once did and starts to question his ability. I suspect we’re leading to a Rossi end-of-series retirement and a wedding for JJ and Reid. Meanwhile Rossi reconnects with his ex-wife in this season, and that brings on the wedding plans. We meet Tara’s ex-husband, who is a psychologist specializing in addiction. He believes there’s a serial killer out there targeting addicts. This gives us a chance to delve into the private life and history of a character who hasn’t been with us as long as most. We really get the most insight into family with Simmons. We follow his family as he learns some disturbing things about his own children that find the couple trying to cope. JJ ends up returning to her hometown and is haunted by memories of the death of her own sister.

To the point, Criminal Minds is very compelling television. Ever since The Silence of the Lambs and perhaps long before, we have been fascinated by serial killers and the profilers who try to get inside their heads. To see evidence of the continuing trend, one needs only look toward the success of shows like Dexter. Of course, serial killers are not the only prey this FBI team pursues, but they are certainly the marquee item on the agenda. To be sure, there are equally disturbing subjects such as arsonists, bombers, kidnappers, and rapists to give the show a touch of variety, but let’s face it, it’s the killers that keep us tuned so attentively to Criminal Minds. So where will we go after next season?

You get all 15 episodes on four discs. There are some deleted scenes. You get the traditional CBS half-hour season summary along with a couple of short features. For a show that’s been around a decade and a half, you would think they’d be running on empty by now. If this season tells us anything about the show, it’s that 15 is not a lucky number. It doesn’t matter if you’re talking just 15 episodes in a season or 15 seasons for the show’s run. “That’s not long enough.”

Gino Sassani is a member of the Southeastern Film Critic's Association (SEFCA). He is a film and television critic based in Tampa, Florida. He's also the Senior Editor here at Upcomingdiscs. Gino started reviewing films in the early 1990's as a segment of his local television show Focus. He's an award-winning recording artist for Omega Records. Gino is currently working on his 8th album Merchants & Mercenaries. Gino took over Upcomingdiscs Dec 1, 2008. He works out of a home theater he calls The Reel World. Favorite films: The Godfather, The Godfather Part II, The Body Snatcher (Val Lewton film with Karloff and Lugosi, not the pod people film), Unforgiven, Gladiator, The Lion King, Jaws, Son Of Frankenstein, The Good, The Bad And The Ugly, and Monsters, Inc.
Gotham: The Fifth And Final Season (Blu-ray) Titans: The Complete First Season (Blu-ray)