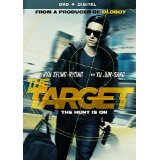 Professional hit man Christopher Lambert is given a new contract, but this one doesn’tinvolve killing. He is to travel from Europe to Cape Town (where his parents were killed whenhe was but a wee lad) and protect Dennis Hopper, a businessman with mob ties who is going totestify against psychopathic gangster Christo. Even in jail, Christo’s reach is long and deadly, andLambert has his work cut out for him protecting the very unpleasant Hopper and his daughter.So far, so conventional… if you can call the sight of Hopper in a bad black toupee and goateeconventional. Then, halfway through the film, the main characters hightail it out of Cape Towninto the countryside, and the movie turns into a stately meditation on guilt, redemption andforgiveness. I’m not entirely convinced the project works: the imbalance of heavy action in thefirst half and hardly anything happening for the second is most peculiar, and the storytelling israther disjointed all the way through. The various subplots all get tied together rather too neatlyas well. Still, the very peculiarity of the film works in its favour, and made for a much moreinteresting viewing experience than I was expecting. The final shot is unlike any you’ll see in justabout any other recent action movie.

The sound is available in both 5.1 and 2.0 mixes. The sense of environment is strong, whichadds up to good atmosphere in both urban and rural settings. The music sounds very good too,and even the Edith Piaf song sounds fine in stereo. The dialogue, however, has a very heavy post-synch feel to it, a lack of naturalism that is not helped by Lambert’s rather stilted rasp. This is,of course, more a factor of the original film than the transfer, but be prepared for it.

Another Artisan release that claims its 1.33:1 ratio is both altered AND the original format.I’m here to tell you the original ratio is 1.85:1, so this is cropped. The good news is that, as thesethings go, the result could be worse, with no glaringly butchered compositions. The colours aregood, with especially beautiful results in the exterior day shots of the countryside (which mightwell boost tourism in South Africa). Some of the night scenes are a touch soft and grainy, and Iwonder if the interiors were meant to be quite as dark as they sometimes appear here. Still, thewarmth of the colours and contrasts is appealing, and there are no edge enhancementproblems.

None other than the trailer, and yet the menu is quite snazzy, with a elaborately scored andanimated intro, main page and transitions, and scored secondary pages.

A small curiosity, if nothing else, and just ambitious enough to stand out a notch from therun-of-the-mill DTV action fare.

All That Jazz Loving