Posted in: Disc Reviews by Archive Authors on February 8th, 2005

Admittedly when I first saw The Fifth Element, I wasn’t too impressed by it, though Chris Tucker (Friday) did provide some good comedic moments, and it was nice to see Ian Holm (Lord of the Rings) return to major films also. I mainly thought that Bruce Willis had gone a bit silly with this one with dyed blonde head hair, in yet another action movie.

Upon further inspection however, the movie contains a lot of the breathtaking action that has made Frenchman Luc Besson’s films (Leon>) as unique as they are. Written by Besson, the movie focuses on the title character (object?), when connected with the other elements (fire, water, earth and air), will prevent ultimate evil from ruling Earth. And when evil rules earth, light becomes dark, life becomes death, you get the idea. Every so often evil tries to come and destroy earth, and the elements must unite together to stop it. Willis is Korben Dallas, a former elite government soldier who became a taxi driver, has a modest apartment with a cat (his wife left with his lawyer, leaving him with nothing). His mission? Well, let’s be frank, it’s to save the world. The Fifth Element, a.k.a. Leeloo, played by Milla Jovovich (The Messenger) is played with equal parts comedy and action, combined with a brief (and somewhat unnecessary) glimpse at the end of her emotions, when she views a montage of war footage. The elements are represented as stones in the movie, and the “art dealer” Jean-Baptiste Emanuel Zorg (Gary Oldman, Sid and Nancy) attempts to do what he can to obtain the stones. He works for a buyer who sounds a lot like Bob Guccione or Barry White, but maybe is symbolized as Evil itself?

This futuristic action film is set in the 25th century, and the images of the exteriors look a lot of those found in Blade Runner and Attack of the Clones. Leeloo is actually reconstructed from a body part and escapes from those who helped in her “comeback”, and when she drops in (literally) to Dallas’ cab, the action starts to pick up gradually. Willis eventually finds Holm, who plays a priest named Vito Cornelius, another in a seemingly endless line of priests whom the story of the Fifth Element was passed down to, and is quite stunned to see the story come to life in front of him. Tucker plays Ruby Rhod, an hyperactive radio DJ who escorts Willis through a paradise resort as part of a contest he won (which was fixed by his old Army bosses as a cover to save the world). However, Zorg and some alien mercenaries he’s hired take control of the resort, and Willis has to take it back, all the while making sure that Leeloo doesn’t come to any harm.

As far as the quality of the movie goes, when ISN’T Bruce saving the world? I’m surprised he hasn’t put that on his tax forms as an occupation by now. However it’s a European twist at a primarily American genre of movies, a popcorn action film, with plenty of action, colors to keep you alert of the events in the film, and some unique sequences.

With this new release, Columbia has released somewhere in the neighborhood of 19 DVD versions of this film now. First you have the regular version, than the Superbit version, with improved audio and video, but no extras. Now in this “Ultimate Edition,” you get essentially the same Superbit transfer as before, with a 2nd disc of extras.

Those of you extreme DVD fans in the room will understand that the Superbit version of this film serves as a demo disc to a lot of people when showing off their TV displays, as the colors are as clear as on any disc you can find. Columbia’s Superbit transfer is, to use a recurring line in the movie, “perfect,” or as close to it as you can get. In a 2.35:1 anamorphic widescreen format, all of the colors on film look outstanding, with virtually non-existent edge enhancement. Everything shows up vividly, and although blacks aren’t that dominant in the film, they are both outstanding and consistent.

The audio is just as great. The DTS 5.1 is excellent, powerful, and it envelops you. The soundtrack starts off sounding good, and only gets better. When Willis is at Fhloston Paradise (the resort in question), and has to fight the alien mercenaries, be prepared to keep turning it down if you have neighbors (I think I had mine down at 7 before I heard the banging on my walls stop), with the abundant gunfire and missile explosions coming from all speakers, you really get put in the middle of things.

There are enough extras here to keep fans of the film happy, starting with a trivia track that runs as a subtitle option through the film. Sometimes the information is cool, other times it provides some minor conversation. The 2nd disc breaks the extras into several areas, the first titled The Visual Element, starting with a 20 minute featurette on the look and inspiration for the art in the film, and the attempt to make it as much of a unique comic book as possible. Following this is some test footage of several locations in the film. Next in the digital element, which covers the CG animation that the film revels in. Done by the Digital Domain group, aside from the CG, the miniature work put into the sets is talked about too. The star element is comprised of 20 minutes of interviews with Willis, Jovovich and Tucker, along with over 10 minutes of test footage of Jovovich (I can see why Besson married her). The alien element is a half hour look at the aliens in the film, including test footage, outtakes and other featurettes, and the fashion element features designer Jean-Paul Gauthier’s inspirations for the film’s wardrobe. You also see a look at the Diva that was so prominent in the film too, and that’s another half hour, with test and interview footage, along with outtakes.

The movie isn’t the reason to pick up this film; quite frankly it’s a forgettable story. But the audio and video quality is so superior, it replaced its own reference quality standard. The extras are adequate but a bit of a letdown, but if you haven’t picked up this film on DVD before, now’s the chance to do so. Anyone with a 5.1 home theater setup and a TV larger than 36″ has to have this disc in their collection. Switch on the DTS track if you can, and enjoy the ride! 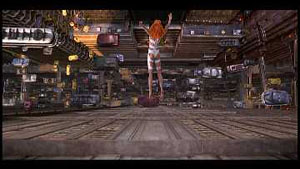 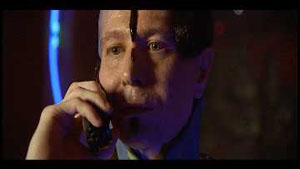