Posted in: Disc Reviews by Archive Authors on May 29th, 2005

Guilt’s a bitch. It can drive you down the road to insanity, and turn your life upside-down. The Machinist is an interesting story that leaves you guessing right until the end. The story moves a little slow, but the performances are impressive and the cumulative tale is well done. Watching Christian Bale portray lead character Trevor Reznik is both impressive and disturbing. Bale looks like a shell of himself; shedding an astounding 63 pounds to play this role. Bale is so thin that you can see every rib …nd every vertebra of his spine. Comparing his appearance in this film to his role in American Psycho will blow you away.

The story of The Machinist centers around the progressively dwindling life of Trevor Reznik (Bale). Resnik is an insomniac who claims to have not slept in a full year. He works in a machine shop, has a hooker that he regulars, and nightly visits the same waitress at an airport-based coffee shop. Everyday brings with it a new paranoia. When he mysteriously finds a “hangman” sticky-note on his refrigerator, Resnik starts a journey to discover who is playing this sick game with him, or if it is just his sleep-starved mind playing tricks on him. A hallucination of a mysterious co-worker causing a workplace accident drives Resnik to evaluate everyone around him. The more he digs, the more crazy everything seems… it is real, or is it all in his head?

The Dolby Digital 5.1 track is very impressive. From a constant drip from a leaky faucet in the coffee shop, to the sound of an airplane flying overhead, the soundstage is full and accurately placed. The surround channels are used effectively for both the score and for effects, placing you right in the middle of the story. The score and dialog both sound clean and clear, and the base is adequate. I could not have asked for much more from this discs audio.

While not as impressive as the audio, the video quality of the 2.35:1 anamorphic widescreen transfer was still very good. The opening sequence contained a good amount of grain, but as the film progressed, the picture quality improved drastically. The colors are intended to be dull, dragging you into the hell of Resnik’s life, and this disc brings that feeling to life. There are a few instances of digital artifacts, but nothing too disturbing or noticeable. The picture is as it was intended to be…and that is what you look for in a good video transfer.

This disc does have a few valuable extras on it. First up is an Audio Commentary by Director Brad Anderson. This track is interesting and informative, although not overly entertaining. Next up we have a featurette entitled The Machinist: Breaking the Rules. This 25-minute featurette, which is one of the better making-of features I have seen, shows behind the scenes footage from the shooting of the film, interviews on how the film was made and the story, discussion with the actors, and even a discussion on Bale’s weight loss. Lastly, there are 8 deleted scenes, and the films theatrical trailer.

The Machinist is a good film that keeps you guessing. The story is uniquely delivered, the acting is quite good, and the dark nature of the film is captivating. There are better films like this that have been made, such as Memento, but The Machinist is still worth a watch. The audio and video quality are both very good, and the included extras are worth checking out. This disc is recommended. 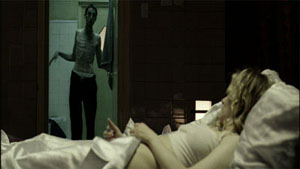 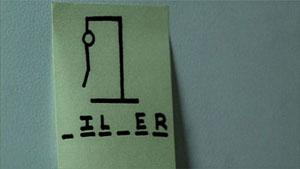 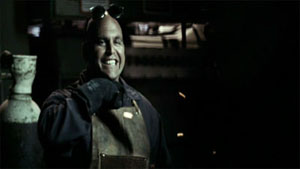 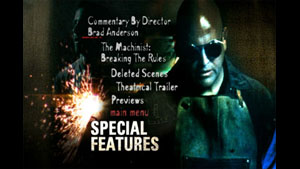 Street With No Name, The Nightmare Alley