Nine Inch Nails – Beside You in Time

Posted in: Disc Reviews by Michael Durr on March 5th, 2007 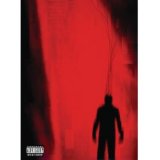 All That Could Have Been (Nine Inch Nails’ first concert dvd) when released in 2002 was recognized by many to be the ultimate concert dvd. Released in separate dts and dolby digital versions; it had an amazing sound and look. The only knock against the disc was the fact that it took two dvds to show a two hour show. Technology has improved. Cue to 2007, Nine Inch Nails fresh off their tour to promote With Teeth decides to release Beside You in Time (Halo 22). This new co…cert dvd features 24 songs in brilliant dts and dolby digital 5.1 and extras galore. All in one disc; is this the best NIN dvd ever or a compression nightmare?

Trent Reznor is a musical god. It’s a pleasure that he embraces the dvd format so easily, and the effort he puts forth shows in this DVD. We get a little bit of everything in the track listing from earlier work like Head Like a Hole, Terrible Lie and Wish (nice to see this one included) to newer releases such as Love is Not Enough and The Hand that Feeds. There is not much to criticize here as the song selection is great. There are a couple of choices that are a bit of a question mark (mainly on the Summer Tour bonus feature) but overall a great smattering for any Nine Inch Nails fan.

If All That Could Have Been was your benchmark in Video concerts; you just gained a new benchmark. This is simply amazing. Trent & his group have never looked better in near-HD quality presentation. Trent has been working out, his arms are huge! (do a comparison, it’s freaky). This concert is shown in 1.77:1 anamorphic widescreen and the extra detail really shows. This concert naturally has a lot of dark moments as with most concerts. However, never did I feel like it was too dark or did I feel like I was watching shadows move across the stage. Everything was clearly defined and a visual masterpiece. A final note, Eraser, Right Where it Belongs and Beside You in Time include multiple angles for you to marvel at.

With their prior release, I was forced to buy the Dolby Digital format since at the time, my system was only 5.1 and no DTS. Beside You in Time provides the benefit many ways, including the stereo mix, dolby digital and dts. The concert seems to be on fire as the band erupts with every song. The bass literally stings and this sucker is flat out loud. Expect neighbors and small animals to be frightened at the haunting sound of Something I Can Never Have or the fierce emotion of Only. Besides comparing it to the other NIN dvd release, I can also compare the audio to the one found in Whitesnake’s Live in the Still of the Night as the loudest and most amazing concert sound I have ever experienced.

Track Listing for Winter Tour 2006 (Main Selection) : Love is Not Enough, You Know What You Are?, Terrible Lie, The Line Begins to Blur, March of Pigs, Something I Can Never Have, Closer, Burn, Gave Up, Eraser*, Right Where it Belongs*, Beside You in Time*, With Teeth, Wish, Only, The Big Come Down, Hurt, The Hand that Feeds, Head Like a Hole. (*-Multiple Angles)

North American Summer Tour 2006: This could be classified as part of the main selection, however it was stuck in the extras section. It includes 5 songs (Somewhat Damaged, Closer, Help Me I Am in Hell, Non-Entity, & Only) and is in the same quality as the main nineteen songs. I struggle to wonder why Closer and Only are repeated when Nine Inch Nails has such an expansive library of interesting songs.

Rehearsals 2005: An interesting trio of three songs ( The Collector, Every Day is Exactly the Same, & Love is Not Enough off the With Teeth album during their rehearsal sessions. These are full screen / DD 2.0 but are still impressive to witness and are not short on expansive sound. I much rather see Every Day is Exactly the Same live on the disc, but I guess this will have to do.

Music Videos: We also get videos of The Hand that Feeds and Only in 5.1 DD sound to boot. I’m somewhat more impressed with his videos for his older work (Perfect Drug and Closer to name a couple) but these are fun to watch.

Stills Gallery: A few good stills when we need more pictures of Trent and his guns. (I swear I’m a heterosexual man, but come on!)

Body of Work: If you haven’t seen any of Trent’s other dvds ( All that Could Have Been, Dualdiscs: With Teeth & Downward Spiral); this is a great discology that has the listing of all the Halos including any dvd he might have with track listing. A nice feature is that a lot of these have song and video clips. A great reference tool for any NIN fan.

Any Nine Inch Nails fan would be hard pressed not to have this disc in their collection. Any hard rock fan or lover of concert dvds would also have that same notion. This is an impressive dvd and really shows off everything Nine Inch Nails has to offer musically. This disc is a visual and audible masterpiece; a true benchmark for similar concert dvds to follow. The song selection is great (with only a few missteps, most of which are probably personal in nature) and the extras quite expansive. This could be described as the perfect concert dvd with the only exceptions being if you are not a Nine Inch Nails fan or are turned off by explicit lyrics. This concert showing is also available on Blu-Ray and HD-DVD. Before I leave you, please report any easter eggs on this disc to the comments section. All That Could Have Been was chock full of them and it is possible that this one has them too.

Michael Durr has been reviewing movies for the better part of fifteen years now. He primarily enjoys thrillers, sci-fi, animation and even a little courtroom drama. His favorite films include Escape from New York, the Goonies and anything with Alyssa Milano. When he’s not praising Kurt Russell as the greatest actor of our time or scratching his head over a David Lynch flick, he’s spending time at home in Texas with his lovely wife, Lori and his amazing son. How they put up with him is a mystery, but even Basil Rathbone doesn’t have the time to solve that one.
A View to a Kill (Region 2) Fast Food Nation