Posted in: Disc Reviews by Michael Durr on April 6th, 2009

My paying job in life is spent as a computer system administrator (unfortunately it is not writing reviews and columns). Often, I have wondered why I’m in the cubicle jockey life and not tried to find some job where I could use my writing skills more effectively and get paid for it. There is also a lot of bs and chicanery in the corporate world that annoys me to no end. It is little wonder that I was interested in the movie Side Effects which deals with the pharmaceutical sales industry. I wasn’t interested in pharmaceuticals but I was interested to see how one deals with the corporate crap that does go on. It made for an interesting experience.

Karly Hert (played by Katherine Heigl) is a pharmaceutical sales rep. Basically she pushes pills to hospitals and doctors whether they need it or not. Karly has a hard time of it and her sales are not doing well. She meets a fellow sales rep, Zach (played by Lucian McAfee) who decides to quit after the first week. A relationship forms between Karly and Zach as he challenges her views on her work and her life. As a result, she decides to quit her vocation but not for six months. She keeps track of the days on a white board above her bed.

Karly starts by being real to herself and keeping honest with her doctors. As a result, her sales start to rise and she is recognized by her company on the fast track to management. This is fueled heavily by the impending launch of Vivexx who is sending Karly large bonus checks and other indemnities. However, Karly also starts to lose herself. She starts dressing per corporate standard and her attitude suddenly becomes more conservative. As a result, Zach is pushed to the outside as the days start to count down. As the days and the money start to add up, can Karly keep up with her promise to both herself and Zach to break away from the corporate struggles and start a new happy life together?

Have you ever read the back of a box and then watch a movie and not think that you are watching what was advertised? That’s how I exactly feel after watching this movie. The film described on the back mentions nothing about the pharmaceutical industry (you merely assume it from the title and the pills pictured) and spins the movie into romantic comedy territory. There are elements of romance throughout the picture, however it is totally secondary to what the core of this film is: a docu-drama. The drama would be Karly trying to decide what she wants to do with her life. The documentary is meant to show the harms of the industry and what really goes on with all of those new drugs that appear in sample boxes in doctor’s offices around the country.

Once one takes the documentary away from the drama, the actual movie left isn’t half bad. Katherine Heigl turns in a beautiful and well-acted performance and Lucian McAfee isn’t bad for the amount of time he is represented. Temecka Harris who plays Grace also turns a very good and honest performance. The only problem is that there just isn’t much being acted here. It feels very average. The pseudo-documentary portions aren’t bad but there isn’t much here to judge. I think the director did a fine job but I just wished for more substance.

The dvd is presented in 1.78:1 Anamorphic Widescreen. The film is shot low-budget indie style but you could easily mistake it for a regular big budget pic. However, the dvd tends to show off a lot of flaws in the editing and mastering department. Colors are decent if you can ignore some of the pixilation. Good for a 1st effort, if she directs future movies, we can hope that the video quality improves.

The film is recorded in 5.1 & 2.0 English Dolby Digital. Even with indie budget concerns, the movie is pretty peppy and the dialog & music fill the speakers pretty well. Dialog is clear and the music is well-chosen. The surrounds aren’t used much but you wouldn’t expect it to be. English and Spanish subtitles are also provided.

Sometimes I wonder how somebody gets the job for writing the back of dvd boxes or giving a spin for the trailers that appear on television or in front of other movies. In this case, they certainly don’t sit or speak with the director and find out what she would like to see. In such, we get a romantic comedy which is nothing more than a docu-drama. Once, we strip away the documentary portions of the movie, we are left with a very average drama. There are decent performances to be had, especially from the likes of Katherine Heigl and Temeceka Harris. But the main problem is that there just isn’t much a movie. The disc is decent and has enough extras if you are considering finding out more about the movie. It did even inspire me to possibly start my own board and think about finding a more fulfilling career. In such, I find myself in a difficult spot, somewhere between recommending the movie and not recommending it. I’ll let my thoughts go on siding with the more positive message and hope that the next dvd New Line decides to put out has a more accurate box description. 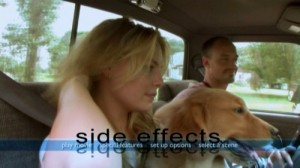 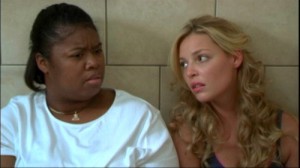 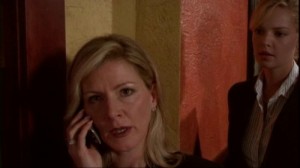 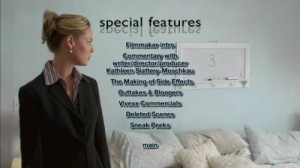 Michael Durr has been reviewing movies for the better part of fifteen years now. He primarily enjoys thrillers, sci-fi, animation and even a little courtroom drama. His favorite films include Escape from New York, the Goonies and anything with Alyssa Milano. When he’s not praising Kurt Russell as the greatest actor of our time or scratching his head over a David Lynch flick, he’s spending time at home in Texas with his lovely wife, Lori and his amazing son. How they put up with him is a mystery, but even Basil Rathbone doesn’t have the time to solve that one.
Lilo & Stitch: Big Wave Edition No Country for Old Men (3-Disc Collector’s Edition)