The Falcon Crest series ran 227 episodes from December of 1981 to May of 1990. The show’s creator, Earl Hamner actually worked on the Waltons and wanted to make a show about a family in the wine industry. However, when CBS got a hold of the series they wanted to make it more like rival show, Dallas. Translation: we want more smut and backstabbing. The show, Falcon Crest was born. I think John Boy would have been shot in the first season had he lived in Tuscany Valley. Good night indeed.

Emma Channing (played by Margaret Ladd) and her boyfriend, Turner Bates (played by Robert F. Lyons) are fooling around in the Falcon Crest winery. Apparently, Emma has never been with a man before, so there is much laughter and screaming. Her Uncle Jason (played by Harry Townes) overhears the racket and comes to investigate what is going on.

Apparently, Turner isn’t very welcome in these parts and he starts fighting with Jason. They are fighting on the bridge when Emma tries to get involved and stop those boys. She accidentally pushes Uncle Jason into a loose part of the railing and Jason falls to the floor before and dies. Turner runs away and Emma is soon found by her mother, Angela Channing (played by Jane Wyman) and her servant Chao Li Chi (played by Chao Li Chi).

Angela decides the best thing to do with the situation is put Jason in a car and send him down a hill explaining it away that he was driving drunk and crashed. This way they can avoid any questions (for now anyway). See, Angela Channing is in charge of the most famous winery in Tuscany Valley, California (just north of San Francisco) and doesn’t want anything to damage her reputation.

Angela has another child, Julia (played by Abby Dalton) who is in charge of the laboratory and charting things like weather. Julia also has a son named Lance (played by Lorenzo Lamas) who is a playboy at heart but heir to the Falcon Crest winery fortune. Emma shortly after this scenario adopts a catatonic state and suffers from delusions concerning that night.

But there is one more little thing to tidy up. The will of Jason Gioberti. Everything seems to be mostly in order, except for 50 acres of real estate which includes a house & some vintage wine fields. Those would belong to his son, Chase Gioberti (played by Robert Foxworth) who lives in San Francisco and flies planes for a living. He has a family, wife Maggie (played by Susan Sullivan) and two children: Cole & Vickie (played by William R. Moses & Jamie Rose).

Initially Angela gives Chase a deal for the land as she doesn’t want any competition or anything to do with him. After much thought, he declines the offer and decides to move into the old place and tend to the fields with help from one of Jason’s old field hands, Gus Nunouz (played by Nick Ramus), mostly to bring his family together. As he settles in at Falcon Crest, the mystery of his father’s death starts to slowly unravel. Can he figure out what is going on or will Angela keep her wine empire to herself?

There are a lot of things going on at Falcon Crest. There is an extremely crooked lady named Angela Channing. She has two children (each with different problems) and a playboy for a grandson who is more interested in driving cars and sleeping with women than eventually running the business. Of her children, Emma in particular is the equivalent of an invalid who mumbles the entire season about her uncle or Turner Bates.

Then we have the Gioberti family which has the headstrong Chase and his newspaper reporter wife, Maggie. Their kids are there in spirit for the most part, with Cole helping with the land and Vickie constantly complaining about wanting to go back to San Francisco. But what truly carries the show is the dynamic between Angela and everybody else in Tuscany, making sure that she stays on top.

But there are problems in the first season. They do stick to the original story but early show themes are quickly picked up in one episode and dropped the next. It becomes confusing and I really do wish they would have done more with the character of Turner Bates. The other issue I have is how various people are fighting one episode and playing nice the next. Minor things such as sabotage or deception are dropped the following episode and they are back to hanging out at social functions together.

The video for this series is in the classic 1.33:1 Fullscreen format. It’s quite a bit grainy but not overly distracting. The fictional Tuscany Valley (which in reality was shots of California’s Napa Valley) does look great even if the imagery is certainly benefiting of the show’s early years. The series production value would grow once it was considered in the same league as Dallas & Dynasty. It should suffice for most fans.

As explained in the video, television wasn’t exactly up to great standards at the time of broadcast. We only get a Dolby Digital Mono track (English) and it is about what you expect. Everything sits in the center channel. Dialog is clear, but any action scenes or music sounds far away at best. You will still be able to hear and enjoy the show, but it’s nothing more than average for the time period. English & French subtitles are also provided.

Falcon Crest lasted for a long nine seasons. Eventually in a few more seasons they will hit their stride and actually be a contender to the prime time soap greats: Dallas & Dynasty. Here, in their infancy they are merely setting up the story and throwing various ideas at a wall and seeing what sticks. The discs are bare bones but fans will be more than pleased that this finally made it to dvd.

Hopefully Warner Bros gives fans the rest of the seasons and this isn’t stuck like so many television shows tend to be. Easy recommendation to fans of the series or ones who like soap operas. However, anybody who is looking for a jump into primetime soaps might want to pick up some early seasons of Dynasty or Dallas first.

For Love or Money
Family Reunion
The Candidate
House of Cards 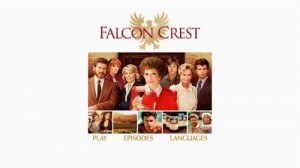 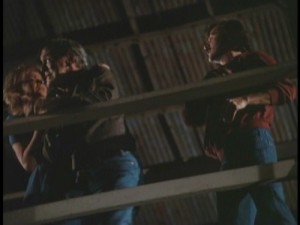 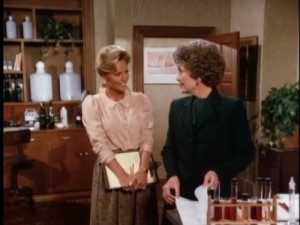 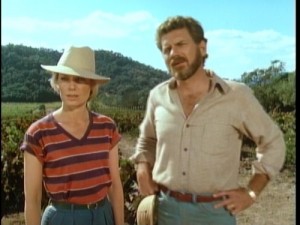 Michael Durr has been reviewing movies for the better part of fifteen years now. He primarily enjoys thrillers, sci-fi, animation and even a little courtroom drama. His favorite films include Escape from New York, the Goonies and anything with Alyssa Milano. When he’s not praising Kurt Russell as the greatest actor of our time or scratching his head over a David Lynch flick, he’s spending time at home in Texas with his lovely wife, Lori and his amazing son. How they put up with him is a mystery, but even Basil Rathbone doesn’t have the time to solve that one.
The Relic (Blu-ray) The Thomas Crown Affair (Blu-ray