In this line of work, you have a tendency to see a lot of copycat television shows. These shows emulate a popular type or specific series and are usually content with mediocre ratings. However, out of the fire of the various copycat shows, we sometimes get a diamond in the rough. This is a diamond that people will shrug off and proclaim as anything but worthwhile television viewing. But once they actually sit down and watch a few episodes, they’ll be hooked for good.

When we left season one of Flashpoint, the Strategic Response Unit wasn’t one hundred percent. Jules (played by Amy Jo Johnson) had been shot and her secret boyfriend, Sam Braddock (played by David Paetkau) realizes that Jules might break up with him. The reason for this is that she thinks the relationship is putting a strain on the team which she has put first.

While Jules recovers and the two are figuring out what to do, Sergeant Gregory Parker (played by Enrico Colantoni) and Ed Lane (played by Hugh Dillon) are restructuring the team and hiring somebody to fill the void of Jules until she recovers. They find a young woman by the name of Donna Sabine (played by Jessica Steen) who is an expert shot and would make a valuable team member.

Being in the Strategic Response Unit is an extremely demanding job and when decisions in crunch time go south or lead to a very solemn fate, Donna is finding it difficult to cope and function properly. Meanwhile, Jules has come to a decision about the relationship of herself and Sam. However, will both of them be able to live with the consequences as the team tackles tough negotiations and improbable outcomes each and every episode.

One of the things I immediately liked about the new season was the introduction of new characters and reoccurring characters made into regulars. We got Jessica Steen who showed some real emotion in her difficulty to adapting on the force while Amy Jo was away on pregnancy (written off by the bullet wound). In particular, we saw the rise of three characters that were kinda in the background but pushed to a heavier supporting role.

They were Mike Scarlatti, Kevin Wordsworth and Lewis Young (played by Sergio Di Zio, Michael Cram and Mark Taylor respectively). This rounded out the team and made them feel like a full seven person unit rather than the four main characters. One could see a real team formed despite the challenges and obstacles they faced on a per episode basis.

The show spent a lot of time in the first season setting up characters and establishing relationships whether on an intimate or business level. The second season becomes better than the first because they build on the strong stories while keeping the same nucleus. They master the art of dealing with many shades of grey rather than painting stories as black and white. The show can tear at your heartstrings but it doesn’t over do anything and makes the show seem actually genuine.

We get a Dolby Digital 5.1 English sound track (2.0 mix also included) for the show. Dialog is clear and the track has improved a lot since Season 1. Surrounds are actually used for both talking and action scenarios but it is still very front heavy. I still don’t understand why there isn’t a French track or at least some subtitles but the track is good nevertheless.

Even though the second season was short by most standards, thankfully this series is not over quite yet. The third season has aired in Canada and will play in the US as a CBS summer replacement with nine more episodes. Unfortunately for the casual viewer, this is a show that has the potential to get lost in the shuffle if you really don’t sit down and watch it. There are many wonderful stories here from episode to episode making this one of my favorite dramas in recent memory.

The dvd package is also fairly strong as it has a solid presentation even if it only has a few extras. Maybe for the next season, they will actually include a few commentaries. Hopefully, the show will last a few more seasons and actually develop a following beyond the Canadian borders. This gets one of my highest recommendations as it is easy to get into but hard to stay away from. Enjoy. 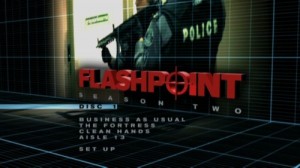 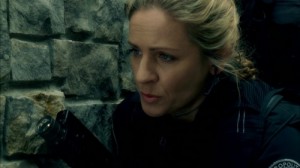 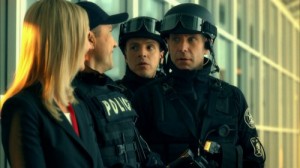 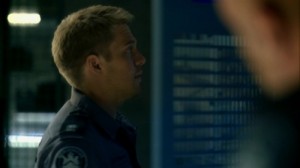 Michael Durr has been reviewing movies for the better part of fifteen years now. He primarily enjoys thrillers, sci-fi, animation and even a little courtroom drama. His favorite films include Escape from New York, the Goonies and anything with Alyssa Milano. When he’s not praising Kurt Russell as the greatest actor of our time or scratching his head over a David Lynch flick, he’s spending time at home in Texas with his lovely wife, Lori and his amazing son. How they put up with him is a mystery, but even Basil Rathbone doesn’t have the time to solve that one.
Dare to Play the Game The Jeff Dunham Show