If one were to ask my theory on creation or what role God plays in this wonder we call life, I probably couldn’t give you a definitive answer. Since I possess both a creative and analytical mind, I often find myself going back and forth on thoughts that for the most part have stuck me in the middle of the belief ideology. It was only fitting that I was able to review Creation, a movie where Darwin was having many of those same conflicts before he wrote his legendary book.

Charles Darwin (played by Paul Bettany) is a renowned English naturalist. He lives south of the small village of Downe in the parish of Kent in London. He is a devoted family man and is married to Emma (played by Jennifer Connelly) and has a loving daughter named Annie (played by Martha West) among many other fine children. In addition to developing his theory, he spends many of his days telling stories to his children of his travels.

One story in particular: the story of the orangutan, Jenny details the creature’s plight from Borneo in Southeast Asia to the London Zoo where Darwin spent time with Jenny. This is Annie’s favorite story despite the fact that Jenny eventually dies from pneumonia. Annie suffers from scarlet fever (and according to historical accounts, many believed tuberculosis) and thus spends a good portion of her time ill and having to be taken care of until her untimely death at a mere ten years of age.

Darwin has spent the better part of fifteen years delaying this manuscript about his findings from his expedition in the Galapagos Islands. The delay has been built up over time due to Annie’s illness and eventual death as well the deep religious feelings of his wife Emma who at this points thinks that when they die, they will be separated from each other for eternity. They do not spend very much time together and Darwin himself seems to be suffering from a strange illness.

Eventually, Darwin gets a visit from Joseph Dalton Hooker and Thomas Henry Huxley (played by Benedict Cumberbatch and Toby Jones, respectively). They speak about the 230 page synopsis that Darwin has given the scientific community and in a poignant moment, Thomas Huxley points out that Darwin does not understand the full implications of his theories. He has ‘killed God’ as Huxley puts it. That does nothing but further put strain on Darwin’s work and his psyche.

Charles Darwin has found himself at a true crossroads. His hallucinations and memories of his daughter Annie only put him more on edge as he tries to continue his work. His sickness goes stronger as he seeks out water cure therapy in hopes of being able to return to normal and finish his work. However, he continually finds himself at odds with his deeply religious wife. Darwin wonders if he can complete the work that would give life to the theory of evolution in the scientific world and possibly upset the belief system of the general populace of the world.

Of course, as we all know Darwin did eventually finish his grand work and many people of the religious community wished to have his head or at least the book banned from public libraries and such. This movie does a very good job of explaining the anguish that Darwin felt along with the relationship between him and his family, including the one between him and his wife, Emma. This is helped along by the real life marriage of Paul Bettany and Jennifer Connelly. Many times in film, a director would steer away from such a concept. Here it works to a tee.

The supporting actors here also do a nice job of fitting in with the time period and playing up the personalities that would have been on fashion in this time period. However, the film does have a few fatal flaws that can confuse the viewer (the commentary does do a good job however of clearing some of this up). It is one of those movies where it is hard to distinguish flashbacks and hallucinations from the action as it is taking place. You will often find a scene where Darwin is working in his study only for the next scene to take place with Annie. The problem is you have to remind yourself that Annie has already passed.

So, it does get confusing at points. The movie also can have issues from time to time with momentum and thus it can drag on. The film could have gone longer in my opinion but needed to give more meat to some of the film’s more decisive points. At times, a climax is reached and resolved at the blink of an eye. It is almost like they were trying to hold something back, but then we as the viewer never feels the full measure of the proceedings.

The video is in 2.35:1 anamorphic widescreen. As expected with the increased aspect ratio, it really sings to this type of movie where they show off everything from the countryside of Darwin’s home to the beaches that were supposed to represent Tierra del Fuego. It’s gorgeous and perfectly appropriate location to shoot this movie. The only problems were some of night scenes where there just doesn’t seem to be enough detail. A really great job though.

We get a Dolby Digital 5.1 English for the film (2.0 Mix also available). The music here is performed by Christopher Young who has done a laundry list of movies including the likes of Spider-Man 3, Drag Me to Hell and the Uninvited. It sounds fantastic and it makes for the strongest parts of the movie. Dialog is clear and there are no problems I could find for many of the British accents that are on display. Subtitles for included for English and Spanish.

It is unfortunate that this movie had the hardest time finding a production company to distribute it in the United States. One would think that since this grand U.S. supports a land of free thinkers, it would be more accepting of a film that is based on the life of Charles Darwin and the anguish he experienced during the writing of On the Origin of Species. But since I live in Texas, I can understand how narrow minded some people can be.

This movie, despite some flaws does a great job of showing the man, Charles Darwin and his relationship with his work and his family. The film is broadened in scope when you consider that the two main stars are actually married in real life. The disc is fantastic and does its best of balancing the film aspects with actual historical data. I do recommend this on a whole as long as you have an open mind. Furthermore, if this movie does hit a chord with you in a positive fashion you might want to take the time to read Darwin’s works. However, it is truly a daunting task that goes far beyond the entertainment of this movie. 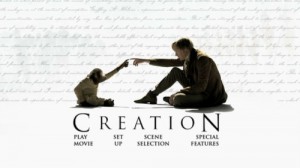 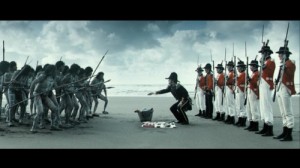 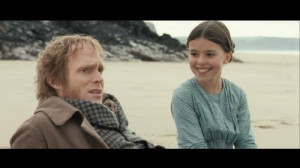 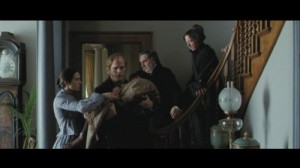 Michael Durr has been reviewing movies for the better part of fifteen years now. He primarily enjoys thrillers, sci-fi, animation and even a little courtroom drama. His favorite films include Escape from New York, the Goonies and anything with Alyssa Milano. When he’s not praising Kurt Russell as the greatest actor of our time or scratching his head over a David Lynch flick, he’s spending time at home in Texas with his lovely wife, Lori and his amazing son. How they put up with him is a mystery, but even Basil Rathbone doesn’t have the time to solve that one.
The Cry of the Owl The New Adventures of Robin Hood: The Complete First Season