The Best Movies Of Summer Are Coming Of Age 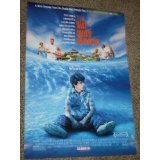 Summer blockbusters of bloat and bombast always rule because their budgets blast anything and everything out of their way. This summer was very messy and bloody as many big films limped, staggered and crashed. White House Down, The Lone Ranger, Pacific Rim, The Hangover 3, R.I.P.D., and Turbo are just some of the expensive films that flopped. You can debate the quality of these films, but one element that was most obvious was the lack of believable characters. Just like bad CGI can irk the subconscious, bad writing and silly acting gets tiresome as well.

The genre that has come to the rescue this year is the coming of age film. The problem is coming of age films have been unbearable garbage, in general, for quite a while. Two films being released at this late date are The Spectacular Now and The To Do List, but they remind me of three other great movies that came out in the last few months; Mud, The Way, Way Back and The Kings of Summer. All of these  films are among the best of the year.

The best of all is Mud, which compares favorably to classic Southern tales like To Kill a Mockingbird and Huckleberry Finn. It has two adolescent boys scampering around a modern Mississippi river town where they encounter a mysterious man (Matthew McConaughy) hiding in the woods with a brain full of misguided notions and unreasonable expectations. Mud was a thrilling movie experience from beginning to end with the young inexperienced boys giving brilliant performances to rival the adults including Sam Shepard and Reese Witherspoon.

The Spectacular Now is from the writers of (500) Days of Summer and shares with that film a wide range of emotions from elation to melancholy. Shailene Woodley (The Descendents) plays one of the most unusual characters I’ve seen in a long time, a believable one. She’s smart, decent, and loving while not being a sex maniac or egomaniac. The boy (Miles Teller) is equally full of contradictions and surprises. Neither is vulgar or crass or thoughtless. They actually seem like real human beings, and their sex scene is one of the most touching I’ve seen in its pragmatic simplicity.

The To Do List is an out-and-out comedy, but one with a feminist angle. It’s about girls taking charge of their own sexuality. Aubrey Plaza plays a high school valedictorian/super-brain with very limited social skills who somehow has never had time to even think about sex. Strangely, her two best friends (Alia Shawkat and Sarah Steele) are having sex as often as they can with as many guys as they can. Plaza sees a hunky guy at a party they drag her to and awakens a lustful imagination. Her to do list is every sexual act she can find out about, but since this takes place in 1993 her access to information is limited and misguided. A large part of the movie takes place at the city pool where she has a summer job. Silly, fun, and full of good humor and sweetness, but its biggest strength is writer/director Maggie Carey’s (wife of co-star Bill Hader) frank acknowledgment of female sexual emotions.

The Way, Way Back has got a great cast of actors of all ages, but the best relationship in the movie is between the 14-year-old Liam James and the smartass and irresponsible manager of a dingy water park  played by Sam Rockwell. Much like in Meatballs, an overgrown kid is sometimes the best person to give guidance to a real kid overcome by sadness and alienation. Steve Carell supplies much of the alienation with his thankless portrayal of a world-class jerk. The script by the Oscar winning team from The Descendents is full of relaxed believable emotions whether funny or sad. The little seen The Kings of Summer is most often compared to Stand By Me and Napoleon Dynamite. It is about getting away from the parents because they are such jerks.

That is the most important thing about these films. They all show people of all ages with a high degree of honesty. There is weakness in everyone in these movies. The kids and parents are weak in their own ways and in believable ways. That is the element that many of these big blockbuster entertainments often don’t get, that good writing and believable characters actually are a good investment in a movie that is spending $150,000,000 on other things. It is the stupidest thing Hollywood studios and their overpaid executives neglect or blatantly ignore: sincere, honest and relatable human beings. The best example of hideous parenting is in the Transformers trilogy. Those parents are an easy illustration of everything that is wrong with modern cinema. It is crass, shrill, thoughtless, craven and unimaginable.

I can tell you how refreshing it is to see teen movies that don’t revolve around a beer blast (not that there’s anything wrong with a good beer blast).