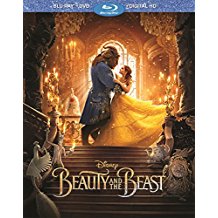 For our first Round Up of June, we are inviting a certain beloved romance to be our guest here at UpcomingDiscs HQ. Disney’s live-action adaptation of Beauty and the Beast is the highest-grossing movie of the year (so far), and the blockbuster arrives on Blu-ray this week! On top of that, CBS/Paramount has released Beauty and the Beast: The Complete Series, along with complete series DVD sets for CBS hits of yesteryear Numb3rs and Becker. Elsewhere, HBO anoints The Young Pope, RLJ Entertainment locks us in a room with Prisoner X, and Shout! Factory shows us Where The Buffalo Roam. Finally, Disney revisits another animated classic that is near and dear deer to fans’ hearts with a 75th anniversary edition of Bambi.

The end of the week also brings a trio of theatrical releases: Bleeker Street introduces us to Megan Leavey, Fox Searchlight gets familial with My Cousin Rachel, and Universal unleashes monster mayhem with The Mummy. Even though it’s a brand new month, the customary reminder still applies here: if you’re shopping for anything on Amazon and you do it through one of our links, it’ll help keep the lights on here at UpcomingDiscs. See ya next week!

Voodoo Black Exorcist Beauty And The Beast (2012): The Complete Series