Posted in: Disc Reviews by Michael Durr on February 16th, 2009

In my life, I have been married and divorced once. Quite simply, I made my share of mistakes and in my opinion, my ex-wife made some mistakes as well. It just never worked like one thinks a marriage should work. Instead, it left me broken but more importantly it left me a lot smarter and a better person. So naturally, I felt some connection to the broken marriage plot of the movie Fireproof. However, would my experience or failure in the art of marriage provide a bias to this film? We will just have to find out.

Caleb Holt (played by Kirk Cameron) works as a fire captain and manages a fire station. He’s a hero among the community and has saved many lives. However, at home he has a troubled marriage with Catherine (played by Erin Bethea) for a number of reasons including internet pornography and simply lack of love. During a particularly heated argument, Caleb gets in Catherine’s face and she declares she wants out of the marriage.

Caleb decides to confide in his parents, John & Cheryl Holt (played by Harris & Phyllis Malcom). His mother seems to take Catherine’s side and this leads to a personal conversation between Caleb and his father. His father talks to him about God and offers a challenge to Caleb to save his marriage. The father’s instructions to Caleb are to go home and wait for a package.

Several days later, Caleb receives a package from his father. Inside contains a journal, written in his father’s handwriting. The book is called a Love Dare. Love Dare is essentially a forty day journey that challenges the recipient of the journal to try these various techniques in hope of strengthening your marriage and in this case making Caleb a better person. Can Caleb survive the forty day venture and in the process save the broken marriage with Catherine?

Kirk Cameron does a great job as Caleb. His role is very convincing and he plays the role as a troubled husband trying to get better very well. The cast is strong for the most part, pulling credible actors out of people who haven’t acted very much up to this point. Ken Bevel & Stephen Dervan provide good performances as fellow firemen: Michael & Wayne. The movie has a simplistic plot line and for the most part, it works very well. However, the devil is they say in the details.

The major problem I have with this movie is the complete one-sidedness of the blame. Both partners in the Holt marriage have issues and committed mistakes. The only one who is doing anything to resurrect the marriage is Caleb. Catherine idly sits on the sidelines and ignores everything Caleb does. Even after Caleb prepares a beautiful candle-lit meal for Catherine, she has the audacity to come out and say “I Don’t Love You” and serves him the next morning with divorce papers.

She even goes as far as to enter into an emotional affair with a doctor named Gavin Keller (played by Perry Revell). She never says sorry for the way she treated Caleb as she has just as much fault as Caleb does. The twist at the end also further cements the idea that the men in this movie are completely wrong and we need to convince women that the husband are 100% at fault and they should take the men back. It’s not that preachy but it should have certainly been less one-sided than it was to be more effective.

The film is presented in 1.85:1 Anamorphic Widescreen. Despite the low budget, the film looks really good. It’s a quality presentation with good color and sharp scenes. It might not be perfect, but it is clearly one of the standouts of the movie.

The audio is presented in English & Spanish Dolby Digital 5.1. I found the audio a little less pleasing than the video. It’s certainly adequate and the audio is clear but since this is a heavy dialog driven movie, the action sequences provide little oomph and surrounds are not used very often. There are subtitles included for English, French, Spanish, Portuguese and Chinese.

The story of a man and a woman in the throws of a hopelessly broken marriage even though overused is good fodder for movie entertainment. In this tender tale, Caleb shows to Catherine that he is a changed man by taking the Love Dare challenge and accepting God into his heart. However, the main problem is that it should have been less one-sided and more emphasis that it takes two to mend a marriage. In most failed marriages, both parties are to blame and they should work together to resolve. This marriage pretty much follows the path of one spouse who makes all of the changes and then the other spouse goes okay I accept you back, the end. The other spouse never even says sorry. I hate to break it to the writers and those watching this movie, but sometimes marriages need to end. Yes, marriage should be forever but lots of good people get married for the wrong reasons. One has to accept that and move on. You can’t force somebody to love you. My own sermon aside, the video and audio are adequate and the extras do add to the film in both content and unfortunately preachiness. It’s hard to recommend this movie. I think the message is good, that marriage is worth saving. However, I can not get behind the fact that the writers chose to portray it as they did. My real recommendation is if you are in a troubled marriage and truly want to save it; talk with your spouse and decide on a path forth. If it is using the Love Dare device, counseling, or some other path; the important thing is to do it together. 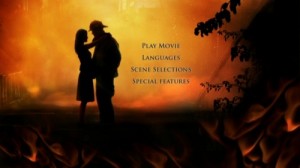 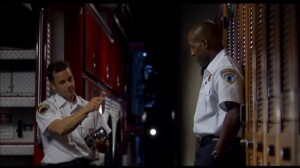 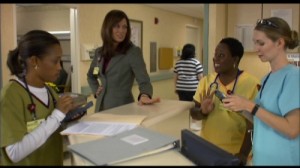 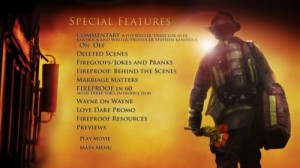 Michael Durr has been reviewing movies for the better part of fifteen years now. He primarily enjoys thrillers, sci-fi, animation and even a little courtroom drama. His favorite films include Escape from New York, the Goonies and anything with Alyssa Milano. When he’s not praising Kurt Russell as the greatest actor of our time or scratching his head over a David Lynch flick, he’s spending time at home in Texas with his lovely wife, Lori and his amazing son. How they put up with him is a mystery, but even Basil Rathbone doesn’t have the time to solve that one.
Even the Tedious Have Their Role to Play Open Season 2