Posted in: Disc Reviews by Archive Authors on February 15th, 2004

A number of great films have come out of Ireland over the past decade (or so). A few titles that come to mind are In the name of the Father (1993), My Left Foot (1989), In America (2002), The Boxer (1997), and definitely The Commitments (1991). The one factor that differentiates The Commitments from the rest of these great films is that it centers around music rather then turmoil (whether it be personal, family, or country turmoil). The Commitments is a great tale t…at uses a perfect blend of comedy, drama, and music to tell its oddly uplifting story. The casting/acting is perfect, the music is wonderful, and the storyline is very entertaining. For those of you who are a fan of international cinema, this film is a real treat.

The Commitments follows the story of Jimmy Rabbitte, an unemployed music junkie who decides to start a band with a mission… to bring soul to Dublin. Jimmy assembles a rag-tag group of musicians, and the journey to create a “soulful” band in the streets of Dublin begins. Amongst the numerous personality conflict and musical differences, The Commitments bring hope to the down and out community, and start to make beautiful music. Unfortunately, there roller-coaster ride of success implodes before it really gets started.

Being a music-based film, the audio is extremely important to convey the story… and this disc does just that. The music sounds wonderful, with clear vocals and pounding bass. The soundstage is filled with music and the surrounds are used occasionally for the score. I would have liked the surround channels to be a little more active, but they were still used effectively. The non-musical dialog sounded a touch muffled at times, but nothing too distracting. All-in-all, this discs sounds very good.

I did not expect to be amazed by the transfer on this disc due to its 13 year age… but I must say that I was extremely surprised by the cleanliness of the print. Fox should take great pride in their restoration of this film… it has never looked this good. There is no sign of any print defects such as grit, dust, or scratches; there are also no noticeable digital artifacts. The colors are expectedly dull (due to the content and intended feel of the film), and the black are nicely deep and dark. This 1.85:1 anamorphic widescreen transfer is a real treat to watch.

The extras found on this DVD are spread over 2-discs. The only extra found on disc one is an audio commentary by Director Alan Parker. This track is a little disappointing for the fact that Parker speaks in a monotone voice that is somewhat boring to listen to. He does have some decent insight into the film/story/acting, but the dry tone of the track makes it more of a chore to listen to rather then a treat.

This discs should be owned by all DVD and music fans. The presentation is wonderful, with a great mix of audio/video quality and substantial special features. The film is a riot, and should be enjoyed by all. 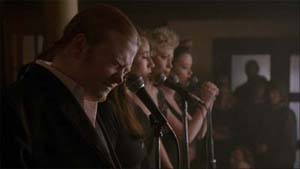 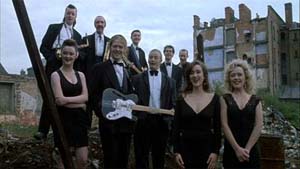 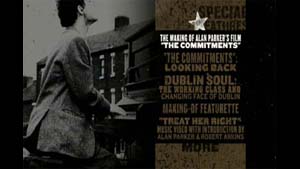 Lost in Translation Thorn Birds, The