Alvin and the Chipmunks: The Chipettes

Posted in: Disc Reviews by Michael Durr on January 13th, 2009

Most people know the Chipmunks for three characters: Alvin, Simon and Theodore. This trio was known for a voice that sounded like too many rpm’s at the old record machine. However for the purposes of this disc, the six episodes featured were focused on a trio who was the equivalent of the Chipmunk “B” team. Their names were Brittany, Jeanette and Eleanor. They were known as the Chipettes. These are their stories. Dun Dun. (Cue Law & Order music).

Brittany, Jeanette, and Eleanor were actually introduced in the very 1st half-hour of programming for the Chipmunks during their run in 1983. Originally the two groups both lay claim to the name “Chipmunks”, but they grew to like each other and become on and off again friends and something more. Eleanor was just like Theodore, they both loved to eat and cook. However, Eleanor stood up for herself and was more athletic. Jeanette was an easy pair up with Simon. Both were book smart but Jeanette was clumsier and more of an introvert than Simon was. Finally there was Brittany who as vain and self centered as one Alvin Seville. Together they made the Chipettes and were ready to take on the same adventures as their counterparts and participate in a few more.

How did they work together? Fairly decently. They kept the male chipmunks on their toes and didn’t seem to hold them back from their typical adventures. Simon and Jeanette meshed well as did Eleanor and Theodore but Brittany and Alvin never seemed to mesh correctly because they were too similar. The problem with the Chipettes is said in one simple statement mentioned in the introduction. They are the “B” team. They were a marketing ploy to draw in young female children to watching the Chipmunks which actually worked on some level. The selection of episodes doesn’t feel all inclusive either because they don’t even include the episode where they introduce the Chipettes. I felt I was watching six episodes of my Little Pony rather than Alvin & The Chipmunks but I guess that was marketing’s purpose here.

Audio
The audio is provided in 2.0 English Dolby Digital. For the most part, like the video it is a very aged product. Dialog is okay and any sound effects are heavily muted. The musical interludes in each episode are a little better but for the most part it is just there to be appreciated by those who don’t care for technical details.

Final Thoughts
Compilation discs rarely work. The only times I can think of is when it is a television series and they come up with a compilation disc for a certain theme or guest-star (a good example is the SNL discs with Steve Martin or Christopher Walken). But that is a rare occurrence. In a cartoon, it works even less of the time. I am afraid this disc is a failure. For 6 episodes an average retail price of $15, it isn’t even close to being worth it. The episodes are okay, but the episodes should have been closer to a dozen and better chosen. The video and audio are okay but only if you aren’t concerned with quality that looks like an old VHS tape. I really didn’t expect any extras but perhaps a pleasant surprise would have been nice. My suggestion; if you see it in a bargain bin for $5, then it might be a good time waster for the kids. Otherwise, avoid. 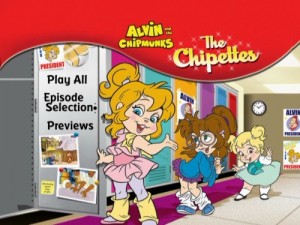 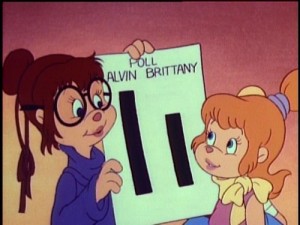 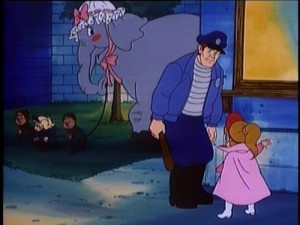 Michael Durr has been reviewing movies for the better part of fifteen years now. He primarily enjoys thrillers, sci-fi, animation and even a little courtroom drama. His favorite films include Escape from New York, the Goonies and anything with Alyssa Milano. When he’s not praising Kurt Russell as the greatest actor of our time or scratching his head over a David Lynch flick, he’s spending time at home in Texas with his lovely wife, Lori and his amazing son. How they put up with him is a mystery, but even Basil Rathbone doesn’t have the time to solve that one.
Bloody Moon Funny Face