Posted in: Disc Reviews by Michael Durr on February 23rd, 2009

There are many shows out there that never make it past the original pilot episode. Most of them fail because there isn’t anything original about the plot or perhaps the cast chosen isn’t strong enough to bring out a good character. Heck, it could even be as trivial as the locale chosen to whether or not the network executives give it a nod. So the question remains, what exactly happens to these pilots that either fail or haven’t been picked up yet for next season? They get released on dvd. A little publicity never hurts.

Joseph Armstrong (played by Keith David) is the head of the SIS, the Special Investigation Section. The SIS is a secret department of the Los Angeles Police Department that seeks out the worst of the worst habitual offenders and brings them to justice. One way or another. After one of the squad dies in a violent gunfight, Assistant Chief Armstrong needs to find a replacement, one that won’t cause anymore problems and won’t make mistakes.

Billy Beckett (played by Peter Stabbings) is a down and out cop who accidentally shot a little girl in the line of duty. He’s suicidal, mostly alone (he has a dog) and he has hallucinations. The hallucinations are of the little girl. She’ll suddenly appear and act as a conscience to Billy providing advice and observations. In his most crucial hour, he gets a phone call from Armstrong to join the SIS squad and get a second chance at being a cop.

There is more to the squad than just Billy. Jayne Sorenson (played by Colleen Porch) who is trying to be part of the SIS and raise her son at the same time. There is Donovan Rivers (played by Omari Hardwick), he’s fairly straight laced and has a penchant for luck. He carries around a lucky rabbit foot and holds onto it when he needs it most.

Finally, there is Melville Atkinson (played by Matt Nable) the leader of the squad who has never drank, smoked or done drugs. However, he also has rather unconventional methods when it comes to getting the bad guys which leads to problems inside the force. These renegade cops that investigate these vicious criminals are members of an elite squad known as the Special Investigation Section. These are their stories.

Wait, I think I’m confusing them with other shows. Actually I’m confusing them with a whole lot of other shows. Everything from SVU to CSI to NCIS and any other show that likes to use 3 to 4 initials to describe what they do. This was a show that was supposed to be on Spike TV (revealed by watching the credits) and I guess replace some of the nearly 20+ hours of CSI they seem to run. The problem is that the show is really really generic and devoid of any real depth.

There are only two good characters in the whole bunch, Joseph Armstrong and Melville Atkinson. Joseph is played by the awesome Peter David who has one of the best authoritative voices in Hollywood today and then there is Matt Nable who plays Melville Atkinson. His straight-laced demeanor and odd methods is refreshing when you see every other character in these cop-shows have some sort of crutch. Outside of that, the other three kinda blend into the background as they try to catch habitual criminals. There is some attempt on the directors to flesh out the forgotten characters right in the last ten minutes but there isn’t enough there for us to hope for future episodes.

The show is presented in 1.78:1 Anamorphic Widescreen. This show also looks like it was going to be taking advantage of the Spike HD service. The color is good enough for most of the situations. However, where they really have trouble are long distance shots that are usually full of nothing but speckle and pixilation. It’s about average and stays there for most of the film.

Needless to say, the show is also in English 5.1 Dolby Digital. This cements the notion of the show’s placement. Dialog is okay, not as good as I hoped but good enough for a pilot. Everything stays in the center channel and surrounds are only used once in a while. Unfortunately we didn’t get any good explosions nor enough gunshots to really test the show out. Subtitles were provided in English and Spanish.

The Special Investigation Section is hokey right down to the SIS logo they flash every supposed commercial break. Anybody would know by watching it for 15 minutes, that they were either shopping for a network or were trying to drum up publicity so people would watch their show on Spike. The problem is that show is very generic and unless they decide to throw out the whole cast with the exception of Matt Nable and Keith David, they really don’t have anything to distinguish them from the rest of the Law & Order and CSI shows out there. The video and audio are what you expect from a show to be on TV these days even if they are aiming at the HD angle. My recommendation is to either catch the show on Spike if it ends up there or find it at a bargain bin. 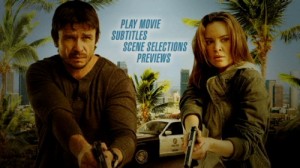 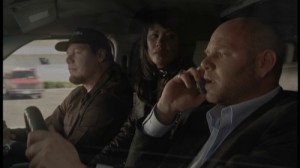 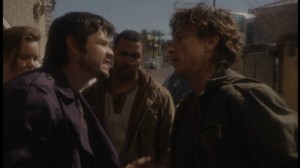 Michael Durr has been reviewing movies for the better part of fifteen years now. He primarily enjoys thrillers, sci-fi, animation and even a little courtroom drama. His favorite films include Escape from New York, the Goonies and anything with Alyssa Milano. When he’s not praising Kurt Russell as the greatest actor of our time or scratching his head over a David Lynch flick, he’s spending time at home in Texas with his lovely wife, Lori and his amazing son. How they put up with him is a mystery, but even Basil Rathbone doesn’t have the time to solve that one.
Body of Lies Miracle at St Anna (Blu-ray)