Posted in: Game Reviews by Michael Durr on March 6th, 2009

There haven’t been many compilation discs out for the 360 yet. There were the Orange Box and a few Xbox Live Arcade compilation discs. There was also Namco Museum Virtual Arcade which despite the plethora of titles wasn’t much more than a bunch of Xbox Live Arcade games and some retro titles thrown in for the nostalgia factor. Most of us retro purists were waiting for a compilation title that put together not only classic games but blended it with the new technology into an invigorating harmony. Our time has come in the form of Sonic’s Ultimate Genesis Collection. There are forty plus games from the Sega Genesis and a sprinkling of Arcade & Sega Master games with HD technology and Achievements. We are pleased.

Since most of these games were made in the late eighties to the early nineties, most of us would not expect for these games to stand out graphically. However, Backbone Entertainment has gone to the trouble to recreate every game in 16:9 quality. This does wonders for some games like the Sonics and the Streets of Rage series. However, in a few of the older games like Bonanza Bros or Gain Ground, the stretching is more evident and the quality doesn’t feel as strong. There is also the option to play these games in their original ratio and have a static background behind it.

Another option that they added was the art of smoothing which can also be toggled on and off. Smoothing to me is the equivalent of normalization in audio. It might create a more pleasing effect off the lows but the highs are usually lost in the shuffle. The easiest example is go unlock Phantasy Star and go to the title screen. Turn on smoothing, the picture seems a little cleaner but those cute little stars? Gone. Overall, the graphics are top notch and there was a lot of improvement on these classic games.

In addition to upping the video to 16:9 and HD resolution, they have also decided to make this 5.1 Dolby Digital sound. Many of the same results follow. Golden Axe never sounded this good unless you happen to own an arcade stand-up. Sonic Spinball, I had to turn the music off to enjoy the game. Some of the sound emulation is not perfect but most of these titles are pretty dead on. It is going to matter a lot of which titles you actually liked to listen to when/if you had a Sega Genesis. Thankfully you can also adjust the volume and turn off the music if you find it a little jarring. The best compliment I can give is that it is authentic.

Sonic the Hedgehog, Adam Hunter and Chuck D. Head walk into a bar where they are served a cold brew by the barkeep, Gilius Thunderhead. They are also offered some crackers and tuna fish salad but decide to turn it down. “We would never eat Ecco, but we are here for adventure”, Sonic replied. Gilius stops cleaning a mug and puts it down on the bar. “So young travelers, you are looking for adventure, I might just have the tale for you”. He continues, “See, there is a coalition between Dr. Robotnik, the Neo Zeed and the Demon God himself: Neff. They are planning to take over the world, are you in?” Sonic replies, “Sure thing mate, Adam; how about you?” Adam is busy talking to the two waitresses, Tyris Flare & Alys Brangwin and trying to get their phone numbers. He mumbles a quick yes as his attention is clearly diverted. Chuck D. Head gives a large growl and a thumbs up. Gilius says “Well adventurers, here is where your true journey starts.”

Now that, my friends, would be a grand story. But the true story is there are forty plus games, mostly from the Genesis library. Popular titles like Altered Beast, Ecco the Dolphin (and the sequel), Golden Axe 1-3, the Phantasy Star Series, the Streets of Rage trilogy and of course a giant smattering of Sonic. But there are also lesser known titles like Beyond Oasis, Decap Attack, Fatal Labyrinth, Gain Ground and the complete Shining (in the Darkness, Force I & II) series. There are a large variety of games and genres here to appease all fans (well unless you want to play a sports contest).

The button placement for the most part is easy enough to figure out for most games. We are dealing with the Sega Genesis so there was typically only three buttons used or even less. The real curiosity here is whether or not the d-pad or the analog stick works well in these vintage games. It does, for the most part. Control is easy and there isn’t much difference between the two movement devices outside of personal preference. In most of the platformers such as Decap Attack, jumping is indeed your worst enemy. You will also swear up and down that it wasn’t this hard when you had a Sega Genesis. Truth is, that was 15-20 years ago for most of us. It was that hard then, we are just older.

The other question is how all of these games hold up. For 90% of the games, they hold up just fine. The Golden Axes, Sonics, Vectormans, and other titles are downright awesome. It is a good thing I’m writing this review away from home because every time I think about those games I want to go off and play them. However, there are titles that just don’t seem to hold up after all these years. Alex Kidd is a torturous play as is the original Phantasy Star (the sequels are fine). The idea of actually mapping 3d dungeons is rough, even more so when you haven’t played the game in twenty years. I would like to see a total redo of this game sometime in my life. Other games like Bonanza Bros or Columns are just excruciating. For some reason, I am still drawn to Columns. Darn achievements.

The control and games hold up after all of these years, but what about difficulty. That is indeed a mixture too but like I’ve mentioned throughout this review it is very authentic. There are hard games and there are easy games. There are games that will make you pull out your hair (not that I had all that much left). But there are others like Golden Axe which are still relatively easy. The range of games also provides the perfect degree of difficulty. People will find games they blow through and they will find ones they struggle through (except for some gaming gods).

The answer to the age old replay question is a big and redeeming “Yes, Yes, Yes” (think When Harry Met Sally here). There is so much here that this disc will roll around and around in my 360 for many years to come. This is in my eyes what Xbox Live Arcade was supposed to be. A bunch of retro classics that you can go back to when you aren’t playing that next big blockbuster of a game. The funny thing is that most of these were blockbusters back in the day. So after you finish Call of Duty, you’ll probably want to get in a game of Sonic or perhaps try a round of Flicky after you polish off the Lost & the Damned in Grand Theft Auto IV.

The menu the disc throws you into when you start the game is a long list of Sega Genesis games to play. You simply pick one and off you go. Once you are in the game, it acts like a regular Sega Genesis cart except for the back button which brings up a menu that allows to change settings and go back to the main menu. Back on the menu, there are also options to look at art or give it a rating. The rating portion would be useful except the part where they list favorites still lists all of the games, just separated out by rating. It would have been more appropriate to just list it as a favorite and have the menu only list those games. There is also an unlockables menu which lists the arcade, Sega Master and various interviews that you unlock from playing the Sega Genesis titles.

In this game, there are thirty four achievements for a total of 1000 points. The difficulty of these achievements is just like the games, some will require some tedious play, others you will get in the first go around. Communication is Key (10) where Ecco talks to another dolphin is something you can get easily while collecting 500 photons (Super Charged) in Vectorman might take some doing. The achievements are for the most part good choices, my only problem was that I wish there was more of them. So many games are absolutely snubbed in achievements. Gain Ground, nope. Any of the Phantasy Star games, nope. Any of the Shining games, no sirreee bob. I don’t need any incentive to play Phantasy Star I-IV but it would have been sure nice to see them have 50 or more achievements to entice gamers even more.

Sonic’s Ultimate Genesis Collection is an amazing list of all the games I played when I was a teenager and had a Sega Genesis system. I cheered when I defeated Death Adder and I cried when my Column pieces got to the top. Those moments have been made new again (including the crying) for a price tag of $30. I challenge any $60 title out there to have half of the gameplay you will find in this Sega Genesis compilation. The graphics look new in most places and the sounds are authentic of yesteryear. For all of those out there who produce compilations, take your cues from this collection. Don’t go down the road of Pac-Man and Namco. Take your cues from that fuzzy hedgehog and ride off into the sunset to take on the likes of Dr. Robotnik, the Neo Zeed and the Demon God himself: Neff. Gilius Thunderhead says there is adventure up ahead and I’m eager to see what lies around the next bend. Enjoy kiddoes. 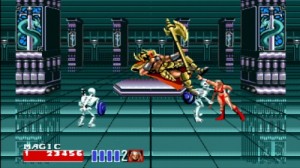 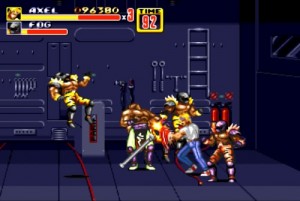 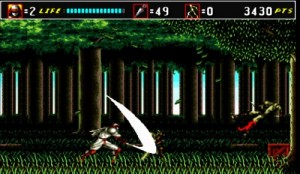 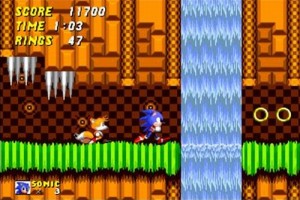 Michael Durr has been reviewing movies for the better part of fifteen years now. He primarily enjoys thrillers, sci-fi, animation and even a little courtroom drama. His favorite films include Escape from New York, the Goonies and anything with Alyssa Milano. When he’s not praising Kurt Russell as the greatest actor of our time or scratching his head over a David Lynch flick, he’s spending time at home in Texas with his lovely wife, Lori and his amazing son. How they put up with him is a mystery, but even Basil Rathbone doesn’t have the time to solve that one.
Breaking Bad – The Complete First Season The Seduction of Adaptation