Sometimes I feel like a broken record. Once upon a time, I adored the likes of Steven Seagal and Jean Claude Van Damme. I would spend many hours watching Above the Law or Bloodsport until I had nothing else better to do. When I matured, I left many of those movies behind. However, the spirit of those movies was still within the type of movies I would typically watch. The problem is that both of these starts pretty much went from feature film to direct to DVD. But Jean-Claude has tried to change his image by taking on more serious roles. His newest, JCVD; he takes on the role of himself the actor.

Jean-Claude Van Damme (playing himself) is an aging 47 year-old action movie star. His agent can not find him anything decent. JCVD has no money and worst of all, he is fighting a losing battle in the custody of his daughter with his ex-wife. He decides to return to Brussels, his childhood home. Here, he is still considered a national icon and with that comes some sense of worth and peace.

After posing for a couple of pictures on the streets of Brussels, he goes to the local post office (which doubles as a bank) for a wire transfer. However, once inside he finds himself as a hostage in a bank heist. Even worse, the local police think that Jean Claude is the one committing the crime. Jean Claude must use his smarts and possibly his brawn to protect the other hostages and somehow convince the police that he is not the criminal.

Jean-Claude Van Damme can act! That’s the most amazing thing to come out of all of this. In fact, the movie comes off quite well as he uses the commonly accepted vision of his character to his advantage and then stretches it into an amazing role. He uses dialog instead of punches and a long monologue instead of a leaping roundhouse kick to get over his character. However, the movie is not without some large problems.

The supporting cast is there for the sole purpose of putting over Jean’s character. They show little range and could have been replaced with anybody. The last twenty minutes of the movie are incredibly suspect and the climax is completely different from what it should have been. I have no problem with Jean-Claude playing himself or how the movie’s plot was laid out, I just think the movie should have played out with more of a Die Hard feel.

The film is presented in 2.35:1 Anamorphic Widescreen. This is not a very good transfer. The production feels overly bleak and suffers from some muddy presentation. The colors were simply not to my liking and it didn’t make me feel excited for the film. Instead, it made the film a lot weaker and it is one of those situations where the film wouldn’t have been so overlooked by casual movie-goers if the video would have been better.

The audio is provided in 5.1 English & French Dolby Digital. As weak as the video presentation was, the audio is the exact opposite. The first action scene in the beginning really stands out as it aggressively used surrounds and an ample amount of bass. However, as the movie turned more talk driven, the sound did not go away. Surrounds were still used where appropriate and the dialog was nice and clear even on the English Dub. Surprisingly, the English Dub is just as good as the original French language. English, French and Spanish subtitles were provided.

Rating aside, I do think this is an important step in the acting career of Jean-Claude Van Damme. He shows depth and poise and I am fully willing to admit that there is more to him than a roundhouse kick and several well time punches. But I think in addition to doing serious movies where he has to act that he might want to find some good quality action or thriller movies where he is shown as a normal everyday character and less like a superhero. Those do exist, just ask Bruce Willis (he’s made a living off of them). The disc is okay with the only standout being the audio presentation. The video and extras are weak and could have benefited more with a little effort. I do recommend this movie as a rental and a buy for fans of JCVD as this is an interesting exercise of an actor being themselves and benefiting quite well. 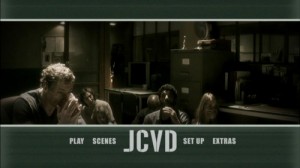 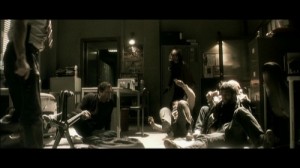 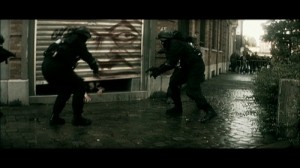 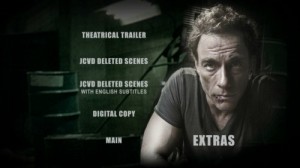 Michael Durr has been reviewing movies for the better part of fifteen years now. He primarily enjoys thrillers, sci-fi, animation and even a little courtroom drama. His favorite films include Escape from New York, the Goonies and anything with Alyssa Milano. When he’s not praising Kurt Russell as the greatest actor of our time or scratching his head over a David Lynch flick, he’s spending time at home in Texas with his lovely wife, Lori and his amazing son. How they put up with him is a mystery, but even Basil Rathbone doesn’t have the time to solve that one.
What Doesn’t Kill You Spectacular Spider-Man, The: Volume Four