As the times change, so do the plots of movies to stick with the time period. But in the same sense of keeping with the time period, the film usually sticks to an old theme. Take for example, the movie of Incendiary. There is the notion of terrorists, especially after 9/11 and this can show up in quite a few films like this one. However, throw in an old theme, let us say adultery. Then we string them together a plot line of what happens to a mother who has an adulterous affair and something that involves terrorists. Well then you hopefully have a hit movie on your hands. Or a giant waste of time.

A young woman (played by Michelle Williams) is finding it hard to cope with her married life. She has a 4-year old son (again not named but played by Sidney Johnson) and a husband named Lenny (played by Nicholas Gleaves). Her husband Lenny is rarely home since he is part of the bomb squad for the London police department. One day, the woman meets up with a news reporter named Jasper (played by Ewan McGregor) at a local pub.

The two instantly hit it off and an adulterous romance starts to take place. Later, Lenny decides to take the young son to a soccer match at the stadium. On the way home from dropping them off, the young woman again meets up with Jasper. Jasper decides to forgo his ticket to the sporting event and instead accompanies the lady back to her home. The two turn on the tele to watch the match (so assumingly she can tell Jasper when to go the heck home). Soon, the couple finds themselves buck naked on the couch doing things that make Ron Jeremy squeamish.

Wracked with guilt (and hopefully not the clap), the young lady tries to cope the only way she knows how. Hookers and heroin. Okay, not really, she just cries a lot. At this point, she gains another admirer in Terrence (played by Matthew MacFadyen) who is Lenny’s boss. I guess he heard that she likes doing it on the couch buck naked while watching the soccer matches.

Jasper decides to dig into the investigation and starts to find startling clues that the police have kept from the public including the names of one of the suicide bombers. The young woman finds out the name and starts to ask questions of Jasper, Terrence and anybody else who will listen. Why are the police hiding this information? Can the young lady overcome her guilt and cope with the loss while finding those responsible? What is with Terrence and caravans anyway? Will more couch sex take place?

This movie is directed by Sharon Maguire who actually did Bridget Jones’s Diary. Somewhere in the midst of her day, I guess she decided she wanted to do a serious film. The problem is that it is so serious, that I nearly fell asleep after 45 minutes. First and foremost, Michelle Williams did do an excellent job. So did Ewan McGregor which despite the top star-billing wasn’t in the movie all that much. That being said, this thing plays out like a Lifetime movie with one uncut scene.

It isn’t so bad that this feels like a Lifetime movie (okay well for an action-loving male, perhaps it is), it’s because the back of the box tries to make it sound like a thriller with hair-raising suspense. There is no magic bullet that makes you go wow, so that’s the real story of this sucker. The only magic bullet in this movie is the one that makes the young woman pregnant by the end of the film. (Don’t worry, this isn’t a spoiler in any real sense). The movie starts with a bang and goes out with a complete whimper.

The other completely odd sub-plot to the movie is how the woman decides to cope with anguish towards the unknown terrorists. She writes fictional letters to Osama Bin Laden. Using Osama as the figurehead of her pain, she crafts these witty repartees back and forth with the terrorist leader. Last I heard, Osama got one of these letters and responded back with “WTF!”. Then he recorded a VHS tape where he vowed vengeance to the British for making him read this crap and then went back in his cave and had some beef stroganoff.

The film is presented in 2.40:1 Anamorphic Widescreen. This is one of those instances where a movie tries to film the production in the widest aspect possible to make it seem epic. It epic fails. Sure, Michelle Williams is smoking hot but outside of that, the film is pretty average. The only really good part that comes to mind is when Michelle is in the stadium looking for the bodies of her boy and husband and the imagery displayed. Colors are decent, just they really don’t do anything with it.

The audio is provided in 5.1 English Dolby Digital (a 2.0 mix is also included). The audio starts out okay, but quickly descends into figure out this British dialect game. I had to turn on subtitles fairly quickly because I really couldn’t understand half of the words coming out of the people’s mouths. Furthermore, the dialog sits in the center channel and so do most of the effects making this one like the video fairly average. Subtitles are provided for English and Spanish.

This is another case of the dvd box does not match the movie. On the back of Incendiary dvd box, it suggests an action paced suspense thriller. It should have suggested a pillow. The actors and actresses are decent enough but the movie is written in such a way that it never gets anywhere. One should get a clue that the movie isn’t going to be too exciting when they can’t even name the two of the principle characters. As far as the presentation goes, the video and audio are okay and the extras are almost nowhere to be found. I appreciate seeing Michelle Williams naked as much as the next person, but there should have been a decent thriller/drama here too. Not recommended. 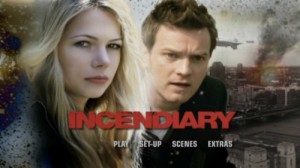 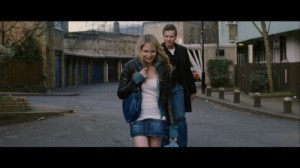 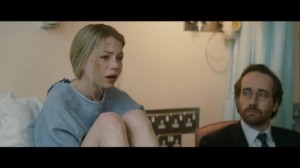 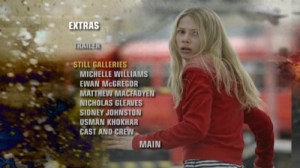 Michael Durr has been reviewing movies for the better part of fifteen years now. He primarily enjoys thrillers, sci-fi, animation and even a little courtroom drama. His favorite films include Escape from New York, the Goonies and anything with Alyssa Milano. When he’s not praising Kurt Russell as the greatest actor of our time or scratching his head over a David Lynch flick, he’s spending time at home in Texas with his lovely wife, Lori and his amazing son. How they put up with him is a mystery, but even Basil Rathbone doesn’t have the time to solve that one.
Frankenhood Giveaway Ron White: Behavioral Problems