Racism seems to be one of those words that people like to throw around without a care to meaning or the concept of right and wrong. Many groups of people like to throw around this word for a variety of reasons but mostly to benefit themselves and not help the greater good. Spinning into Butter takes on the task of a white Dean of Students named Sarah Daniels who must examine her own beliefs when a black student named Simon finds racist notes that read “Little Black Sambo” and the aftermath that soon follows. It sounds like the premise for a rather simplistic race relations movie. However, what really comes next is something far different and has a couple of twists to boot.

Sarah Daniels (played by Sarah Jessica Parker) is the Dean of Students at a small college in Belmont, Vermont. When the movie opens, she is trying to convince Patrick Chibas (played by Victor Rasuk) to change his ethnic choice in a scholarship application from Nuyorican (of Puerto Rican descent who is born and raised in New York) to Hispanic. Finally they agree on Puerto Rican because it is determined that the board will not understand what a Nuyorican is.

Sarah soon finds out that another of her students named Simon (played by Paul James) has had racist notes pinned on his clipboard on the door of his dorm room. The notes read “Little Black Sambo” and also depictions of hanging are drawn. Little Black Sambo is the old story of a little black kid whose clothes are stolen by tigers. These tigers then begin to argue about who among them is dressed the finest. They then chase each other around a tree until they become butter. Sambo then takes this butter and eats his pancakes. I couldn’t make this up if I tried.

Anyhow, it is decided by Sarah’s co-workers and fellow deans to have a race forum. As with most race forums, there is merely a piece read by the deans and the students sit there in silence and muttering under their breath. After the forum, Sarah comes in contact with a reporter named Aaron Carmichael (played by Mykelti Williamson) who questions Sarah about the incident. They become friends (even hinting at something a little bit more) and with the coming days he plays a part about Sarah starting to question her own beliefs.

It seems that as the story goes on, Simon receives more and more notes and the tension on the campus escalates. Soon the typical board response of a race forum doesn’t hold water and the students want real action. Sarah must balance the wants of the board with the wants of the students and decide the right course of action for herself and for her future.

The film is respectably acted by the main characters including Sarah Jessica Parker and Mykelti Williamson. In addition, there are a couple of good performances by Miranda Richardson and Beau Bridges who play Dean Catherine Kenney and Dean Burton Strauss respectively. Even many of the students turn in fine energetic performances. However, the main problem I have is I’m trying to figure out who this movie is catering to. I don’t want to give away the ending, but let’s say it is a twist that completely undermines the whole race card that the movie seems to flaunt throughout.

Another issue I have is with the theory that they proclaim that Sarah Jessica Parker’s character is racist. I wouldn’t entirely go along with that portrayal. She has prejudices just like most of the world but racism, at least in the traditional sense is a sense of hate. Most people aren’t racist despite what the movie proclaims. Most people have prejudices and there is a difference. It certainly doesn’t mean it is right, however to just say most people are racist is an extremist view of today’s society.

The film is presented in 1.78:1 Anamorphic Widescreen. The movie looks pretty decent and has a helpful dose of clean picture. The colors are adequate and there are really no problems or issues here. It’s merely a bunch of average and doesn’t really do anything for the movie one way or another. I don’t know if it counts under video but when did Sarah Jessica Parker become a brunette (even though the cover is clearly blonde)? Curious minds want to know.

The audio is provided in Dolby Digital 5.1 English and has English Captioning. There are no action moments in the movie to speak of outside of a window breaking and a couple of semi-tense moments. This movie is completely dialog driven and sits firmly in the center channel. This could have been as easily in Dolby Digital Stereo and still come out with the same comments.

Spinning into Butter was originally a play written by Rebecca Gilman. It was named one of the best plays of 1999 by Time magazine and won a string of awards. I can’t speak on that play. From what I can tell, it was an excellent play. However, it did not translate into an excellent movie as the movie sought to take a facet of the play and turn it into a race movie and not a movie about race. This means they focused on the races as individuals and not as an attempt to show what is wrong with today’s society in relation to race (generality). It’s slanted and the oddest part is that the twist ending completely turns the movie on its ear and not in a good way. The movie had some fine performances, particularly from Sarah Jessica Parker and Mykelti Williamson. The disc’s video and audio were okay but unfortunately there were no extras to speak of. I can’t really recommend this movie to anybody. If the play comes to your town, go see that instead; you will have a better time. 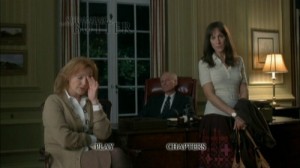 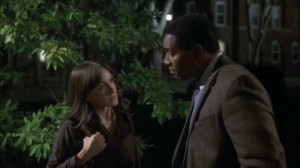 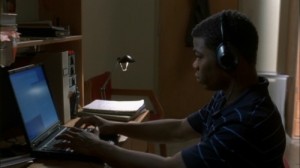 Michael Durr has been reviewing movies for the better part of fifteen years now. He primarily enjoys thrillers, sci-fi, animation and even a little courtroom drama. His favorite films include Escape from New York, the Goonies and anything with Alyssa Milano. When he’s not praising Kurt Russell as the greatest actor of our time or scratching his head over a David Lynch flick, he’s spending time at home in Texas with his lovely wife, Lori and his amazing son. How they put up with him is a mystery, but even Basil Rathbone doesn’t have the time to solve that one.
The Siege (Blu-ray) Dare to Play the Game