Posted in: Disc Reviews by Michael Durr on August 10th, 2009

The Super Friends as a cartoon show had a long and sketchy past. It started out in the 1970’s and ran in nearly a dozen different incantations and over a hundred episodes until 1986 when it was put down for the last time. In the 1983-84 season, the series had been cancelled officially for a second time. This was due to the fact that they did not wish to compete with the syndication run of the original episodes that was already on air. Hence, the new episodes were dropped and didn’t appear until many years later. Here, the people at WB have compiled these 8 episodes (24 shorts) into a 2-disc set and dubbed them the “Lost Episodes.”

As mentioned, there are twenty-four shorts for this lost season of Super Friends. They run the gambit of subjects, villains, and heroes. In episodes such as “The Krypton Syndrome”, Superman is thrown into a time warp and has to deal with the impending doom of his home planet: Krypton. However, the decision he makes leads to some rather disturbing consequences.

In “The Day of the Dinosaurs”, Samurai & Wonder Woman along with the rest of the Hall of Justice get swallowed up into the Earth. Soon they get thrust into a cultural war with the Slarums and the Volti. The two must not only save themselves and the hall, but they must figure out how to get the two races to make peace.

Another episode called “Prisoners of Sleep” introduces the villain “Sleep” who has been trapped for a billion years inside a magical prison. He is unleashed mistakenly by Superman back into the world. He along with Batman and Wonder Woman must combat this villain and bring the nightmares to an end.

All of the stories continue in this fashion. There are a plethora of super heroes in the mix but the stories typically keep to Batman, Superman, Wonder Woman & the Wonder Twins with Gleep. Occasionally Robin would show up with Batman. If there was water involved, you knew Aquaman was nearby. Even more rare, heroes such as Atom, Apache Chief, Black Vulcan, Samurai & El Dorado would make their one or two shot a season appearances to keep things ethnically diverse.

The other problem with the shorts is the same problem they have always had: time. These episodes typically run about 6-7 minutes long. That’s barely enough time to show a villain and have him conquer a city or two. Instead, they have to cram back story, current events, the villain and a quick capture by the Super Friends in less time than it took you to cook some pizza rolls.

There are some positives to the show, the villains (despite some of the foolishness) are pretty diverse. The Legion of Doom put in a good performance as does Mxzptlk. However, I never want to see Superman in farming attire ever again (complete with straw hat and fear of green beans). There does seem to be some effort put into the stories even if there are only six or seven minutes they can dedicate to them. But like most things, you just want more of it.

The video is the standard 1.33:1 Fullscreen presentation. Super Friends hasn’t aged well but it’s certainly not unwatchable. There is a healthy amount of grain but the colors remain true and solid. Even if this season of lost episodes also sports the absolute worst time warp I have ever seen (Episode 13 – TimeWarp), those examples are fairly uncommon.

The sound is presented in English and Portuguese (was this popular over there, or did I miss the memo?) Dolby Digital Mono Sound. While the video isn’t half bad, the audio is very dated. It naturally sits all in the center channel and any action sounds about as bad as a 60’s episode of Batman. Dialog is clear thankfully and we get to hear all of the curious voices we grew up with. Subtitles are included for English, French and Portuguese.

For those who are interested, this comes in a lovely piece of trash known as the Eco-Box. This version does have the normal tray insert for the second disc, so you can grab a replacement case that has the notches for the 2nd disc and stick it in. Please stop using these WB, didn’t you learn from the snappers debacle?

Most fans will find this package in one of two ways. The true fans will buy this and proclaim their allegiance to such stereotypical ethnic heroes like Black Vulcan and El Dorado. Others will create drinking games based on the Wonder Twins and Aquaman. It’s one of those cartoons that people love to make fun of. I watched enough episodes of Super Friends to encompass a book of thoughts (or at least a multi-page pamphlet). This is one of those sets that is recommended for people who already know the Super Friends and at least like them. That’s the only way you can tolerate the odd episodes, crazy villains (most of which never existed) and Superman in a straw hat. I have no problem keeping this in my permanent collection, but many others will pass this by. One does wish however that the Wonder Twins would have met an untimely death that involves electricity, water, and cruelty to animals. (Take some time to figure out your own plan on that one). 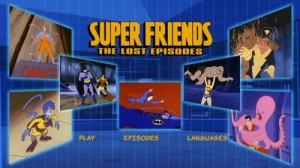 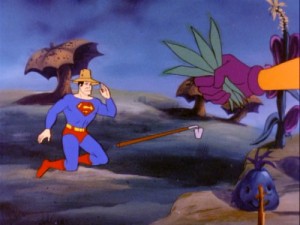 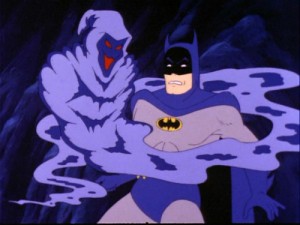 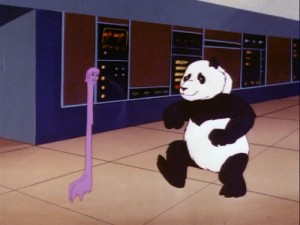 Michael Durr has been reviewing movies for the better part of fifteen years now. He primarily enjoys thrillers, sci-fi, animation and even a little courtroom drama. His favorite films include Escape from New York, the Goonies and anything with Alyssa Milano. When he’s not praising Kurt Russell as the greatest actor of our time or scratching his head over a David Lynch flick, he’s spending time at home in Texas with his lovely wife, Lori and his amazing son. How they put up with him is a mystery, but even Basil Rathbone doesn’t have the time to solve that one.
Door Into Silence The Waterboy (Blu-ray)