Posted in: Disc Reviews by Michael Durr on December 21st, 2009

Here is an interesting fact for those reading this review. I don’t drink alcohol. In fact, the only time I’ve actually drank anything alcoholic is when somebody else spiked my drink (usually some kind of juice). So imagine my surprise when I receive a copy of a show based on alcoholic drinks to review. However, it might not be so bad when I realize it is in the style of all those “Travel to Destination A, show me all of the cool stuff that goes on there while making funny anecdotes” ones on the Travel Network that I actually enjoy.

Zane Lamprey is a comedian who has done a lot of reality shows. At first he hosted a few of those Girls Gone Wild specials and was in five episodes of Damage Control. He also landed a spot on the Food Network with the show Have Fork, Will Travel that unfortunately only lasted a season of thirteen episodes. But his most famous show to date has been Three Sheets.

Three Sheets is a show about alcoholic drinks and the pubs or places that they dwell in. The name of the show is taken from the expression: “three sheets to the wind” or a drunk who is totally plastered. Zane spends each show traveling from international locale to locale drinking as much as he can and teaching us about the drinks and culture behind them.

A typical show might start off in a foreign country such as Tanzania. There, he will first give a warning about how you shouldn’t do something or drink this kind of beverage while eating. Then he will explain the overview of the show and what destinations they will be visiting and/or drinks that will be consumed. This can be usually done via the form of a comedic skit where Zane appears as a stereotype of the area. (Magnum PI = Hawaii, James Bond = London).

This takes him usually to the first destination which can be in the form of a classy drink or locale. Here he presents the most common alcoholic drink found there and might even do a skit where the “Professor” talks about the history or science of what is going on. Then he visits a local pub where they usually make a special drink or show off some local beers. There Zane usually burps (all drinking sound effects are satirized) and gives the “Good Burp” sign (thumb on your forehead, pinky in the air). Thus ends the first day.

The second day usually takes him to some remote place where Zane finds a really odd drink that is outlandish and/or dangerous. He either finds the drink really tasty or scary and gross. Another skit usually takes place and is followed up by another pub crawl to end the night. The following morning is where he engages in a hangover cure that can range from some local chicken soup to kite surfing. For some reason, a lot of these involve drinking more alcohol in the form of a special drink.

The show is excellent even if it is a cliché from episode to episode. It has the same format from show to show and they just change the drinks & the locale. But it has a boatload of charm and the host is excellent. Despite the fact that I don’t drink, I still found the show very interesting & entertaining. The informative segments were explained very well and hot haphazard. The way Zane also brought in many of his old friends or members of the production crew made the show feel more than a one-man army on alcohol.

The show is presented in 1.78:1 anamorphic widescreen. It’s actually one of the strengths of the show. It’s a joy to see liquor and dirty pubs in brilliant 1080i HDTV color. Sarcasm aside, the colors are for the most part excellent and everybody looks as good as they should, sloshed or not. The only problems really occur at night on long shots or tight places where camera crews have trouble fitting into.

Audio despite the HD presentation still offers 2.0 English Stereo Sound. It’s decent for what is presented and dialog is really good for the most part. There will be occasional moments when somebody gets too far from the camera and you can’t quite make out what they said. Most likely, it is somebody in a drunken haze but you would still like to hear it for curiosity sake.

Three Sheets first appeared on MOJO HD and did great for three seasons. However, when MOJO folded it was feared that Three Sheets would be a victim. But through Zane’s own efforts and a network called Fine Living, the show lives on. Now, in its fourth season the show goes more places than ever before and amazingly still thrives. The dvd package is very well done with a slew of extras that will delight any connoisseur of the series. Video and audio is adequate and even non-drinkers might enjoy it for the entertainment value. Recommended regardless whether you start here or go back to the previous seasons. 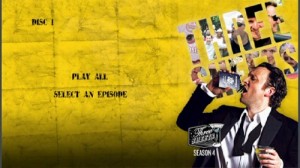 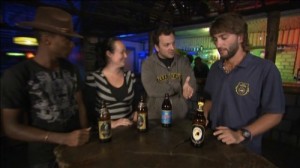 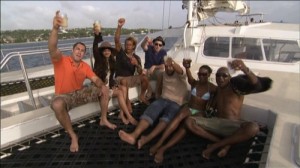 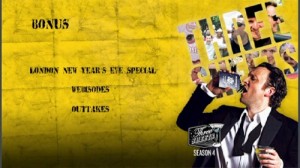 Michael Durr has been reviewing movies for the better part of fifteen years now. He primarily enjoys thrillers, sci-fi, animation and even a little courtroom drama. His favorite films include Escape from New York, the Goonies and anything with Alyssa Milano. When he’s not praising Kurt Russell as the greatest actor of our time or scratching his head over a David Lynch flick, he’s spending time at home in Texas with his lovely wife, Lori and his amazing son. How they put up with him is a mystery, but even Basil Rathbone doesn’t have the time to solve that one.
Poker Run Dare to Play the Game