Posted in: Disc Reviews by Michael Durr on January 4th, 2010

On February 11th, 1990, Nelson Mandela was released from the Victor Verster Prison is often seen as the symbolic end of apartheid in the country of South Africa. However, the apartheid was not fully removed until the elections of 1994. Furthermore, the story was way more complex than the African National Congress leader’s freedom. The story that was more focused on Willie Esterhuyse, Thabo Mbeki and Michael Young. These names might seem foreign to most of us, but they are perhaps three of the most important names to the recent history of South Africa.

Michael Young (played by Jonny Lee Miller) is a British businessman who is secretly working for Consolidated Goldfields, a firm who has particular interest in the affairs of South Africa. The film starts with him visiting a poverty stricken part of South Africa where he is trying to help with funding for the education of their youths. Unfortunately for Michael, talking with the locals puts him in danger of his life. After one particular incident, he decides to aim in a less direct but more ambitious approach.

At an important dinner, Thabo Mbeki (played by Chiwetel Ejiofor), the director of information for the African National Congress speaks to many important people about the plight of his people. Michael Young is one of the people at this dinner and approaches Thabo afterwards and wants to help. Thabo is skeptical but takes his card in hope that this is the break he has been waiting for.

Michael soon realizes that these attempts to get involved with the political affairs will get him watched by some very dangerous people. This leads him to a local university in Stellenbosch where a professor named Will Esterhuyse (played by William Hurt) is teaching. Will questions Consolidated Goldfield’s true motivation suggesting economic interests more than moral ones and initially turns down Michael’s request to involve him in the proceedings.

After some soul searching, Will calls Michael and accepts his original offer to attend the meeting. Thabo Mbeki also accepts the offer with some special considerations. A neutral location is decided in Mells Park, a country house near Frome in Somerset of West England. Dr. Neil Barnard (played by Mark Strong) contacts Will to be a spy for his organization in the talks. Will reluctantly accepts the arrangement in fear of his family and his own life.

Violence is amuck in South Africa as the parties reach the country house. Talks between the two sides (with Young acting as the go-between) start out gingerly. The real question is whether the two sides can come to an agreement and see through the fear that is shared between all those involved. At stake are the freedom of one Nelson Mandela (played by Clarke Peters) and more importantly the freedom of blacks in the country of South Africa.

This film is actually inspired by a true story and the names were kept authentic to portray a very gripping and realistic drama. The cast of characters were well chosen and there is honestly not a weak performance in the bunch. The three main performances from Hurt, Ejiofor, and Miller are some of the best you will find. It simply performs up to task and what you would expect from its intended purpose.

The only problem I really had with the film was that it suffered partially from an identity crisis. The film tries to be overly dramatic and we sometimes doubt how close to a real story this is. But from doing some research into the history of the time, the film is a very accurate depiction indeed. I still wish that they would have been clearer into the movie they were trying to make.

The video is presented in 2.35:1 Anamorphic Widescreen. The video varies as does some of the audio from good to middle of the road. Part of this has to do with the film cast in South Africa as well as on set. Detail is strong for the most part but there are a good number of shots where it can be difficult to determine the full extent of what is going on. Given the budget and shooting schedule (six weeks), we can’t really expect much better but it is worth noting.

The audio is presented in English 5.1 Dolby Digital. The audio also moves back and forth in quality. Sound effects are usually decent with using surrounds where necessary. Dialog on the other hand can be compared to a documentary type format where sounds can be described as rudimentary and lacking some crucial bass. It is clear but we do wish for more effort in keeping the fullness of the conversation. Closed captioning is also available.

Director Peter Travis is excellent at creating action and drama. His other noted film Vantage Point is actually sitting on my bookshelf waiting to be enjoyed. In Endgame, he is once again successful at turning real events into a film that can be enjoyed beyond historical means.

The disc’s quality isn’t as good as I hoped but the film still stands as an impressive piece of film making. My main wish is that they would have also included a documentary to include some back information that I had to research on my own. This film is recommended as an excellent look into some very important world history and a nice piece of thrilling drama. 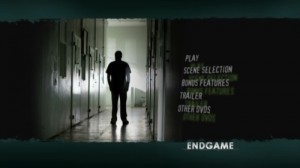 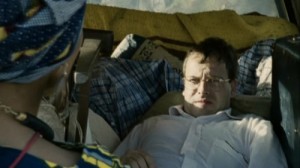 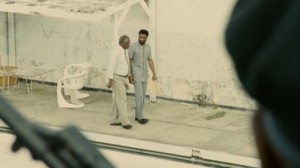 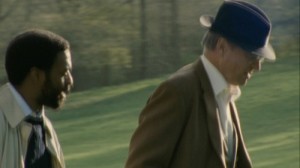 Michael Durr has been reviewing movies for the better part of fifteen years now. He primarily enjoys thrillers, sci-fi, animation and even a little courtroom drama. His favorite films include Escape from New York, the Goonies and anything with Alyssa Milano. When he’s not praising Kurt Russell as the greatest actor of our time or scratching his head over a David Lynch flick, he’s spending time at home in Texas with his lovely wife, Lori and his amazing son. How they put up with him is a mystery, but even Basil Rathbone doesn’t have the time to solve that one.
Parker Lewis Can’t Lose: The Complete Second Season Paraiso Travel