Posted in: Disc Reviews by Michael Durr on January 4th, 2010

Parker Lewis Can’t Lose as anyone could guess was heavily influenced by the cult classic Ferris Bueller’s Day Off. It lasted for three seasons and seventy three episodes. It actually did a fair amount of decent ratings (as far as Fox was concerned) during the run. The living cartoon as many have described it has kept its fans through the years. As a result, Shout Factory has decided to go ahead with the release of the 2nd season. Hopefully it still keeps its charm after all of these years.

For those who are not familiar with the show, let me spend a few moments setting up the show. The three main characters of the show are Jerry Steiner (played by Troy Slaten), Mikey Randall (played by Billy Jayne) and of course Parker Lewis (played by Corin Nemec). Parker is the quintessential slacker and cool attendee at the Santo Domingo High School.

Parker, along with his two friends have many things that stand in his way besides which girls to date and which pranks to pull. This will include his kid sister, Shelly (played by Maia Brewton) as well as his high school principle Grace Musso (played by Melanie Chartoff). However, no matter the obstacle in Parker’s way, he proves that no matter how small or how big the task (even if it is Kubiac (played by Abraham Benrubi)), he simply can’t lose.

In my youth, when it came to teen high school comedy shows, I was always partial to Saved by the Bell. Imagine my elation when I saw Jessie Spano in her birthday suit in Showgirls. Ummm…anyway, odd childhood fantasies aside Parker Lewis Can’t Lose was in the same vain as all of those teenage children shows except for one thing. It never took itself seriously.

A punchline or a joke in Parker Lewis was never just a one-liner and picking up where you left off. It was a three piece gag with room for a rubber chicken or a 20-foot sandwich. People who are looking for a more recent comparison might be able to find the show Scrubs as applicable fare. The only downfall of the show is that the cultural references are long forgotten so it won’t pick up any new fans. However, old fans that are willing to admit they watched the show will appreciate the humor and decent storytelling.

The most disappointing attribute of this set is the 1.33:1 fullscreen presentation. Sure, it’s the original aspect ratio, but the age of the material definitely shows. Specks and grain are all together too frequent and it looks like it might be a show out of the late 70’s/early 80’s instead of one from 20 years ago. It will work for fans of the original show but others will want more.

The audio is presented in its original 2.0 Dolby Digital English form. It holds up better than the video but it’s not going to be a home run by any stretch of the imagination. The dialog is clear most of the time and the classic theme still sounds like it was produced yesterday (if yesterday was the early 90’s). The zany sound effects aren’t going to impress but it works.

Sure, Parker had 80’s hair (did you ever notice the ponytail in the back) and a penchant for terrible shirts only a mother could love. Incidentally, I’d like to know where I could get some of them, I would so wear them on my days off. But the shows were honestly funny (and got funnier as the season wore on) and provided some good storytelling. Furthermore, it is a tribute of how shows used to be and didn’t worry about being politically correct.

If the show happened now, Parker probably be Hispanic or some mix of Cocker Spaniel & Chihuahua (don’t tell me that Disney hasn’t thought of a talking teenage dog show). Kubiac would have an eating disorder and they would have a special episode where Mikey gets into drugs and must go to rehabilitation. This also marks the last great season of Parker before it descended into normalcy and died out in its third season.

The discs contained here aren’t anything special. The video and audio are barely adequate and the discs do include a few commentaries to keep you busy for a couple of hours. But it’s an important look for some of us at our teenage years and a zany show that you simply won’t find among the Disney crap out there today. So let’s synchronize our swatches and watch why Parker Lewis Can’t Lose. 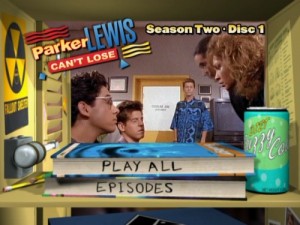 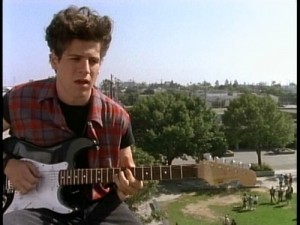 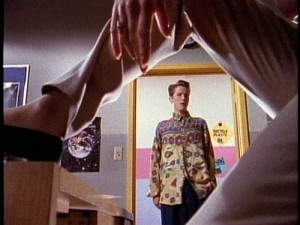 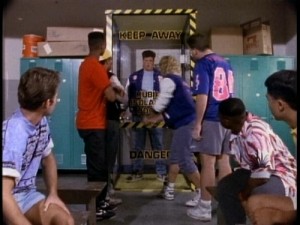 Michael Durr has been reviewing movies for the better part of fifteen years now. He primarily enjoys thrillers, sci-fi, animation and even a little courtroom drama. His favorite films include Escape from New York, the Goonies and anything with Alyssa Milano. When he’s not praising Kurt Russell as the greatest actor of our time or scratching his head over a David Lynch flick, he’s spending time at home in Texas with his lovely wife, Lori and his amazing son. How they put up with him is a mystery, but even Basil Rathbone doesn’t have the time to solve that one.
12 Days Of Christmas Giveaways: Direct Contact On DVD Endgame