Posted in: Disc Reviews by Michael Durr on January 25th, 2010

Small Wonder ran in the mid eighties on various little networks across the nation. It ran for four seasons and a total of ninety six episodes (4 from the magic number). True to Shout Factory’s form and modus operandi, they have released a boxset of the first season. I remember seeing a few episodes when I was a kid but this might be one of the times when my memories aren’t as good as I think they are.

Ted Lawson (played by Dick Christie) is a robotics engineer. He has an idea for a domestic servant but his boss just doesn’t seem to buy into it. So he brings his project home and works on it. In the meantime, he seemingly ignores his wife, Joan (played by Marla Pennington-Rowan) & his young son, Jamie (played by Jerry Supiran).

After some tinkering (programmed on a TRS “Trashcan” 80 nevertheless), he is successful in creating a VICI or Voice Input Child Identicant. He names her “Vicki” (played by Tiffany Brissette) and thus she is “born”. She doesn’t have any emotion and speaks in a monotone voice. However, she has incredible learning skills and can pick up any task quickly without fail.

However to keep the robot and away from prying hands, the Lawson family must treat the child as family. The prying hands are in the form of the Brindle family, Brandon, Bonnie and their absolutely annoying child, Harriet (played by William Bogert, Edie McClurg, & Emily Schulman respectively). The Lawson family passes her off as a cousin before coming to the ultimate decision to phony adopt Vicki as their child.

The prying eyes of the Brindles and others are always way too close for comfort. But for twenty two minutes each week, we are taken inside the world of the amazing robot named Vicki as she does menial chores for the Lawson family but exaggerates them due to misinterpretations in her logic circuits. There are sure to be laughs and who can get enough of that Harriet after she has her face slammed in the door repeatedly? I sure can.

Some 80’s comedies should probably be buried. I remember rolling my eyes at this show back when I was a kid and it hasn’t changed. The laughs are cheap one-liners and there are really only two stars to the show: Edie McClurg as Bonnie Brindle & Tiffany Brissette’s portrayal of Vicki. Both had a very good sense of comedic timing and were allowed to outperform most of the plots of the show. It’s a shame that the character of Bonnie Brindle was dropped in the later seasons of the show.

Despite those two shining moments, the rest of the show was fairly contrived. Back in an era where they were willing to give shows more of a chance, this one made it a full four seasons. I honestly wouldn’t be surprised with the dvd release that this shows up on syndication somewhere again. If only they would have provided more smart laughs, the concept was actually rather unique.

The shows are presented in 1.33:1 Fullscreen as expected. The tapes really show their age for the most part with grain and specs all over the place. If you watch closely at the top of the screen, you will also see an occasional mark that you get when you watched a vcr tape one time too many. Thankfully, these have been put to disc. It’s not bad, another five years and the tapes might have been unwatchable judging by the degradation.

The audio fares a little better with its Dolby Digital Mono (English) presentation. The dialog is clear and the sound is healthy enough to enjoy the show. Any sound effects associated with Vicki sound normal and not impressive nor oppressive. The only thing really suffering is the laughter which according to cast members is not canned but sure sounds like it.

For some reason, Small Wonder always reminded me of Punky Brewster meets Different Strokes with a robot. It just seemed odd and the show never gave me enough laughs to warrant anything above a couple of episodes. Edie McClurg and Tiffany Brissette are the only two that show great comedic timing. It’s a shame that Tiffany Brissette never really did anything else, she was interesting here.

The dvd set is a good showing and quality release from Shout Factory. They did their best to provide good video and audio and include a great list of extras for the fans of the series. The only thing missing is well, Tiffany Brissette. A note for Shout Factory, there was an episode of The Morning Show with Mike and Juliet on Fox that was a Where Are They Now? Segment that you should try to procure for one of your future season sets. It features Tiffany, Dick Christie, Marla Pennington and Edie McClurg. It’s a small wonder, *pun*, the dvd set is recommended for fans only.

The Company Takeover
Good Ol’ Lou
Like Father, Like Son
Vaudeville Vicki
The Real Facts of Life
The Grandparents 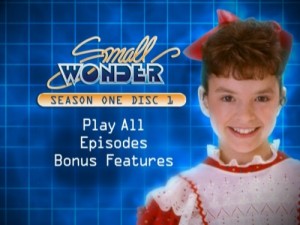 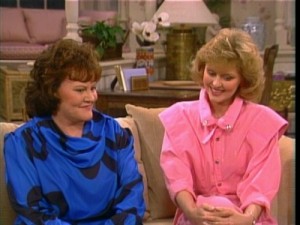 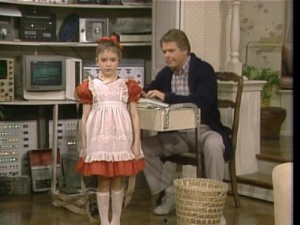 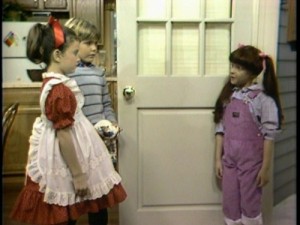 Michael Durr has been reviewing movies for the better part of fifteen years now. He primarily enjoys thrillers, sci-fi, animation and even a little courtroom drama. His favorite films include Escape from New York, the Goonies and anything with Alyssa Milano. When he’s not praising Kurt Russell as the greatest actor of our time or scratching his head over a David Lynch flick, he’s spending time at home in Texas with his lovely wife, Lori and his amazing son. How they put up with him is a mystery, but even Basil Rathbone doesn’t have the time to solve that one.
Iron Man: Armored Adventures Volume 2 Presenting Roger Corman’s … Best of the B’s Collection 1: Hot Bikes, Cool Cars & Bad Babes