Posted in: Disc Reviews by Michael Durr on February 1st, 2010

As the resident video game expert for the site, certain movies will always fall into my lap. Any movie that includes something about video games, good or bad I will get the chance to review. Sometimes, I’m not so thrilled and sometimes I’m simply elated to take on the task. But then every once in a while, I get a movie where I’m not sure what to expect. The movie Gamer seems to take that tone. But perhaps the journey will lead to some rather unexpected but pleasant surprises.

Kable (played by Gerard Butler) is the most famous Slayer in history. He has survived twenty-seven matches and has only three matches left to his ultimate goal of freedom. The Slayers show is a third-person multiplayer shooter game where the contestants control the shooters. The shooters are death-row inmates who are given the opportunity to gain their freedom. The only catch is that they have to survive thirty matches. The other issue, is that nobody has ever made it; Kable might become the first.

Kable is controlled by a 17-year old gamer named Simon (played by Logan Lerman). Simon has very rich parents and has gained a lot of notoriety due to his gaming skills. But there is somebody who is more influential to the outcome of Kable’s matches and his name is the creator of the Slayer’s show and concept: Ken Castle (played by Michael C. Hall).

Ken Castle is the richest man in the world. He created the two most popular concepts / games with the help of his special invention called nanites. Nanites are absorbed into the brain where they gradually replace existing brain cells and allow full control of all functions by a third party. The first concept that Castle uses to test this invention on is the Society. The Society can be compared to The Sims or Second Life but there is one trick: the people in the Society are real life human beings.

These humans are paid by Ken Castle but in return they are exposed to the most deviant and outlandish desires of anybody who can fork over the cash. One of the humans working at Society is Angie (played by Amber Valletta). Angie is controlled by Gorge (played by Ramsey Moore) who has some very perverted desires for Angie to perform to the other people (or be performed on ) in Society. There is one thing interesting about Angie besides her gorgeous looks, she’s Kable’s wife.

The couple also have a kid together, but unfortunately the kid was taken away from Angie during Kable’s stint in jail and on Slayers. Meanwhile, a group called the Humanz is hacking into Slayers & Society television feeds as well Castle’s live appearances. Their leader (played by Chris ‘Ludacris’ Bridges) projects himself on the feed and speaks about the ills of Ken Castle and how the projects are evil and debasing the world around them.

The Humanz group get in touch with Simon and say they have a way for him to talk to Kable. Meanwhile, the group also sends one of their sentries, Trace (played by Alison Lohman) to infiltrate the prison and speak to Kable on the happenings of the outside world. The thirtieth match is now set. There is a snag in the series, a new contestant has been added to the mix. However, he plays by a different set of rules.

Hackman (played by Terry Crews) is not controlled by any third person, therefore he does not experience a ping (the amount of time between the third party’s input and the inmate’s response). He is also a born killer. Simon along with his communication to Kable and Humanz’s hacking skills, Kable persuades Simon to relinquish control of his body. This allows him the opportunity to escape. But can he escape from Hackman and the show to reclaim his life?

Gamer is a very interesting and multi-layered movie. The cast is awesome, a well picked
and strong acting group. Gerard Butler does his role handedly and is assisted by some skilled supporting actors, primarily those of Amber Valletta and Michael C. Hall. I must also mention the Johnny Mnemonic nod from Ludacris. He was clearly channeling Ice-T’s role from that sci-fi cult classic. But maybe that nod is also where I expected this movie to go.

The movie is set in the near future, but my thoughts were that the movie should have went more cyberpunk, perhaps a couple of hundred years in the future. It had a habit of trying to feel very realistic but not succeeding. Therefore, I think it would have been a better movie if it went completely outlandish and didn’t restrict itself. From the commentary & the movie itself, once call tell the obvious moments where they didn’t go quite far enough.

There was also the problem with the movie was actually two movies combined into one. The back story felt muted and I could easily see this film coming out with a prequel (involving new actors and actresses and maybe a cameo or two from this cast) that deals mostly with Society. They simply squeezed too much into an hour and a half, and you sometimes were left confused with exactly what kind of movie they were trying to project.

The video is presented in 1.85:1 Anamorphic Widescreen. I’m not in love with the Red 1 system as the directors are, but I can certainly see some of the advantages. Certain shots are absolutely fantastic, especially anything that has to do with daylight or well-lighted areas. The detail is impressive. But anytime the movie goes to dark I have a degree of difficulty seeing any of that same detail. Therefore it is a mixed bag, but the good outweighs the bad.

The audio is presented in 5.1 Dolby Digital EX English sound. It is the most impressive audio I have experienced in a while that wasn’t on a blu-ray disc. (I can only wonder if the blu-ray mix is even more impressive) The dialog is clear as a bell and the surrounds are used tremendously. The Slayers matches show off the best but honestly there are plenty of other moments where it shines. The music choices (in particular “Bad Touch” & “Sweet Dreams”) were very well chosen. Subtitles are provided for English and Spanish readers.

In the end, I am left with a mixed bag. Gamer is one of those movies that grows with you. There are so many layers and great performances by the cast that you have to watch the movie a couple of times before you start to appreciate some of what is going on. But at the same time, the movie also tries to do too much and could have benefited with a longer movie or simply a prequel. Also, with the ending I could see a sequel but it would take the film in another direction.

The disc is nothing short of fantastic. Even though I wasn’t blown away with the video, the audio and extras package was top notch and the only thing that would make that part of the presentation any better would be the use of blu-ray. In fact, I could see myself at some point buying the blu-ray. This disc is a solid rental, it is just hard to suggest that you go ahead and purchase it at this time. If nothing else, the opportunity to see somebody chug a bottle of liquor and empty themselves into a gas tank ought to be worth the ride. 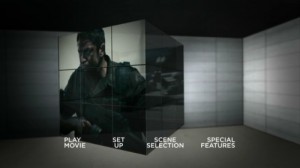 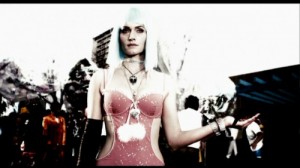 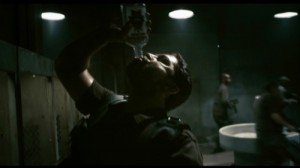 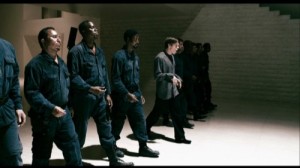 Michael Durr has been reviewing movies for the better part of fifteen years now. He primarily enjoys thrillers, sci-fi, animation and even a little courtroom drama. His favorite films include Escape from New York, the Goonies and anything with Alyssa Milano. When he’s not praising Kurt Russell as the greatest actor of our time or scratching his head over a David Lynch flick, he’s spending time at home in Texas with his lovely wife, Lori and his amazing son. How they put up with him is a mystery, but even Basil Rathbone doesn’t have the time to solve that one.
Route 66 Season Three Mighty Mouse — The New Adventures