Posted in: Disc Reviews by Michael Durr on February 27th, 2010

Several years ago, I went through my divorce. We were clearly not made for each other and spent many nights arguing over the simplest things. Despite our constant bickering, our divorce went reasonably smooth and we were able to agree on most things. Thankfully, we did not have kids to further complicate the proceedings. However, if we did have kids and had arranged dual custody, I wonder if it would have turned out like Gary Unmarried: Season One.

Gary Brooks (played by Jay Mohr) is recently divorced. He has his own place and tries to do the best he can. He also takes care of his two kids, Tom & Louise (played by Ryan Malgarini & Kathryn Newton) on alternating weekends and holidays. Most importantly, he is trying to care of his own life and he finds that single life is a very tough struggle. Especially when that tough struggle involves dealing with your ex-wife Allison (played by Paula Marshall) on a daily basis.

The fact is that Gary and Allison are very much attached to each other despite the divorce. Gary usually sneaks his way over to Allison’s house (which was their house but Allison won it in the settlement) when she is not around and using the facilities. He is always worrying about her and Allison in turn tends to reach out to Gary as well showing a kind partner underneath near constant moments of insults on everything from Gary’s parenting to the way he chooses to live his life.

Gary and Allison eventually try dating new people. Gary with the help of his house painting business finds a girl named Vanessa Flood (played by Jaime King). They get along great and Vanessa even has a kid of her own from a divorce named Parker (played by Charles Henry Wyson). Allison on the other hand gets engaged to the partner’s former marriage counselor: Dr. Walter Krandall (played by Ed Begley Jr) who has questions of his own about whether these two should have ever got the divorce.

These two relationships and anything that comes after are soon to fail because despite the documents, Gary and Allison are still married to each other in emotion and spirit. Gary still worries about Allison and involves himself in every facet of her life. Allison in turn does the same and harbors some jealously every time Gary gets involved with another female. The first season of twenty episodes shows that a divorce is sometimes not a divorce and instead a mere continuation of a marriage that was never meant to be dissolved.

When I first watched this show, I had totally forgotten how funny Jay Mohr was. I had enjoyed his stand-up work as well as his stint as host of Last Comic Standing. Jay is amazing in the show, he holds it up with his talented comic chops and provides the best laughs in the series easily. The rest of the cast does an adequate job with playing supporting roles and the straight part for most of his jokes. But in the midst of the excellent jokes, there is a conflict I have in the back of the head that constantly nags.

That constant nag is the relationship between Gary and Allison. They are divorced and have kids, so naturally they spend time with each other whether they like it or not. But the problem is that the insults thrown back and forth are often mean and harsh. They aren’t like playful jabs or tiny bits of energetic sarcasm. They are flat out mean. Then there is the little manner of the fact that Allison got everything in the divorce. She got the house and everything inside of it and on top of that alimony.

I’m so sorry, but if my ex-wife got my house, all my stuff including my pool table (subject of one particular episode) and money to boot for herself in addition to child support, my conversations with her would be shorter than the time it takes me to make a pot of coffee. Hi, thank you for the kids, here are the kids back, have a nice freaking day. Eventually I would get over it for the children’s sake, but I certainly wouldn’t sit there and take those insults episode after episode.

The sad part is that even though Gary gets treated like a doormat from episode to episode, he puts up with it and we can see that it will eventually result in these two getting back together. I really don’t see a happy rosy ending to this scenario either no matter what happens. Either, he gets involved with somebody and they never work out because he still has feelings for Allison or those two get back together and risk an unhappy marriage for the rest of their lives.

The shows are presented in 1.78:1 Anamorphic Widescreen. Color is fairly good, though the image of Jay Mohr half-naked will be forever imprinted into my brain. It isn’t in a particularly good way either. Seriously, everybody looks good, the set looks rich and shows off a lot of detail. I still wish for the day when you actually get labels on food and drink but I know I’m dreaming there. There isn’t anything to complain about here.

The audio is presented in 5.1 English Dolby Digital Surround. It’s pretty good and the dialog is crystal clear, no funny business or bad echoes here. The audience sounds rich and the effects when used actually tickle the surrounds. It’s about as good as a tv show will get in the jump to high definition, especially one that is sitcom based. Subtitles are provided for English SDH, French and Spanish.

Conflict is strong in Gary Unmarried and so is how to recommend this show to potential viewers. On one hand, the jokes are solid and laughs come quick as Jay Mohr is a master of the comedic element and knows how to make any situation impeccably funny. On the other, the relationship between Gary and Allison is mean and has no business being brought together even though we know that is exactly where it is going to end up.

The disc is excellent with solid video and audio and a handful of extras to keep you interested. I would have liked to hear some commentaries with Jay and the creator of the show: Ed Yeager but those are missing. This show did get a season two and is currently playing on CBS. Unfortunately, the second season is devoid of Jaime King, Ed Begley Jr and Al Madrigal (Gary’s best friend: Dennis) who made the first season so memorable in their own way. I do give this show a slight thumbs up but just be careful not to take the various relationships (especially of Gary and Allison) in the show to heart. 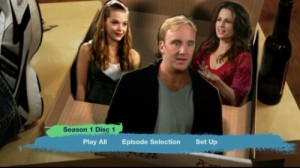 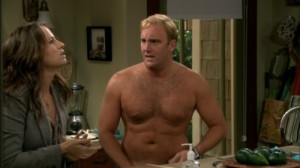 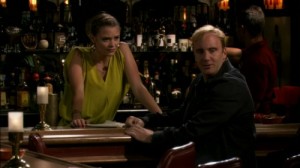 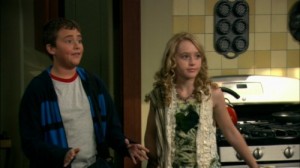 Michael Durr has been reviewing movies for the better part of fifteen years now. He primarily enjoys thrillers, sci-fi, animation and even a little courtroom drama. His favorite films include Escape from New York, the Goonies and anything with Alyssa Milano. When he’s not praising Kurt Russell as the greatest actor of our time or scratching his head over a David Lynch flick, he’s spending time at home in Texas with his lovely wife, Lori and his amazing son. How they put up with him is a mystery, but even Basil Rathbone doesn’t have the time to solve that one.
The Tournament Hellhounds