My dad was an ex-Vietnam officer, 1st lieutenant in the United States Army. He gave a lot for his country but never forced me towards any military service. He wanted me to focus more on my studies and make sure I got a proper education. I don’t think I could comprehend what my father or any military personnel in a war situation goes through. However, with the dramatization in Brothers, I can see on some level the horror that some of our fine soldiers have to live with.

Captain Sam Cahill (played by Tobey Maguire) is about to go on his fourth tour of duty to Afghanistan. He is a good family man, has a beautiful wife named Grace (played by Natalie Portman) and two daughters named Isabelle and Maggie (played by Bailee Madison & Taylor Grace Geare respectively). Then there is also Sam’s brother, Tommy (played by Jake Gyllenhaal).

Tommy is a different breed. He’s actually in jail for armed robbery. Shortly before Sam goes off for his next tour of duty, Tommy is released and picked up by Sam. The family have a meal together to celebrate Tommy being a free man. There is a demonstration of anger between Tommy and their father, Hank (played by Sam Shepard) who harbors deep resentment to the path that Tommy has gone down.

Sam goes off to Afghanistan as Tommy settles in and tries to resume a normal life. However tragedy and dismay becomes center of focus when Sam’s helicopter goes down from enemy gunfire and he is presumed dead. A funeral is held in Sam’s honor as the complete family tries to cope, albeit in different ways. We soon find out that Sam has survived the crash.

Sam and a fellow private, Joe Willis (played by Patrick Flueger) are indeed alive but have been taken hostage. They are tortured but react in different ways, Sam stays silent where as Joe is forced to cut a tape and denounce the American military. As this is happening abroad, Tommy and Grace become closer in their relationship as the children also accept Tommy as something more than an uncle. The question is what will become of Sam & Joe in hostile territory while Tommy and Grace draw closer at home?

This film is actually a remake of the Danish film Brødre (translation=Brothers). The odd part is that the original film is only 5 years older than this film which is strange for a remake. However, with the United States armed forces currently engaged in conflict over in the Middle East, it could certainly be argued as suitable material ripe for a remake. With that said, the acting is strong with Tobey Maguire turning in probably one of his best performances to date.

Jake Gyllenhaal as well as Natalie Portman also turn in serviceable performances in their characters. Who also can not adore every time Sam Shepard graces the screen as his part would be considered forgotten if it weren’t for his great portrayal of Sam and Tommy’s dad: Hank. However, there is something certainly wrong in Denmark with this movie and it doesn’t really start until half way into the film.

Doing my best not to give the movie away, I do have serious issues with the latter half of the movie. The buildup is well done but this movie genuinely leaves you with more questions than what you started with. I’m also appalled with the small children in this film. They acted fantastic but the characters they were given are some of the most selfish and ungrateful brats I have ever seen.

The video is presented in 2.40:1 anamorphic widescreen. The colors are excellent , and everything looks good, in particular the scenes from Afghanistan. Most of the scenes are more than sufficient in presentation, but I’m not sure that it was really necessary for the 2.4 aspect ratio. It doesn’t really scream epic and probably should have been shot in a more compressed ratio.

The audio is presented in English 5.1 Dolby Digital with an optional 2.0 Stereo Mix. Despite part of the plot being based in the outside where surrounds can be used, this is a very rich dialog driven film. Dialog is clear but I do think that some of the scenes could have used the extra power that would be expected from the 5.1 channel format. Subtitles are provided in English & Spanish.

Brothers is an example of a movie that simply isn’t long enough. The buildup is strong and the actors and actresses are very solid but the ending seems rushed and leaves you with more questions than what you started with. It’s confusing to understand where the characters are going next and I’m not entirely sure I want to know what they had planned. I was impressed with the performance of Tobey Maguire as well as Sam Shepard. Also, I do want to mention a good hearted cameo by Ethan Suplee of My Name is Earl fame as Sweeney.

The dvd should be a fine treat for fans of the movie. The video and audio are very well done. The extras were also interesting to peruse even if the commentary was extremely dry and needed more participation from other members of the cast. It is also difficult to neither recommend nor disapprove of this movie from start to finish. There are scenes that everybody will talk about but when asked about how they feel in whole about the movie, they are probably quite a few who are as confused as I was. 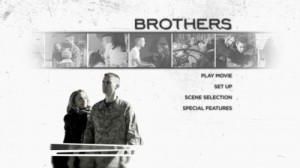 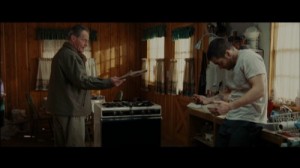 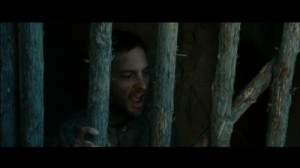 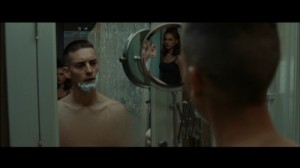 Michael Durr has been reviewing movies for the better part of fifteen years now. He primarily enjoys thrillers, sci-fi, animation and even a little courtroom drama. His favorite films include Escape from New York, the Goonies and anything with Alyssa Milano. When he’s not praising Kurt Russell as the greatest actor of our time or scratching his head over a David Lynch flick, he’s spending time at home in Texas with his lovely wife, Lori and his amazing son. How they put up with him is a mystery, but even Basil Rathbone doesn’t have the time to solve that one.
Ninja Assassin (Blu-Ray) Giveaway: Enter To Win A Copy Of Amelia On High Definition Blu-ray