Volume Five of the Animated Series known as X-Men is now upon us. Included here are the last fourteen episodes that haven’t been put on disc for the masses. There is a lot going on in these twenty one minute chunks. There are some good things, bad things, funny things and more confusing things than probably should be in a children’s animated show. So let us spend some time, the final time with our beloved mutant friendly superhero group.

The fourth season had left us on a climatic showdown. The four parter: Beyond Good and Evil had showed us some strange alliances as well as X-Men fighting together to save the day. Apocalypse was put away for another day as he could not defeat the mutant superheroes. Peace had come to the planet Earth even though we all the knew that it could not last. So we dive right into the final Volume of the X-Men.

The first two episodes of this volume pick up where Volume 4 ended. We get a two parter called the Phalanx Covenant. This introduces the Phalanx race of techno-organic aliens. More importantly we meet a character named Warlock, a refugee from the race who came to Earth with his lifemate to escape the horror of assimilation. In the end, old foes become temporary teammates to combat the threat known as the Phalanx.

But then it gets much more confusing. We get A Deal with the Devil which is from Season 3 and features Omega Red who somebody had thawed out in order to salvage a toxic nuclear submarine. Then we get the episode: No Mutant is an Island which is a very important episode from earlier in season three right after the Phoenix saga where Cyclops quits the X-Men to deal with the “death” of Jean Grey. Of course, Cyclops eventually returns to the X-Men mansion and finds out that Jean Grey is in fact very much alive.

Longshot is also from season three, shortly after No Mutant where we meet Longshot, a rebel from Mojoverse, an alien dimension. He is on the run from Mojo and Jubilee from the X-Men has been taken hostage in an effort to raise tv ratings. The final episode of the first disc is called Blood Lines where we go a little forward to season four and Nightcrawler is the focus. Apparently his birth mother is in trouble and he wants the X-Men to help. However, things start to unravel when they realize who Nightcrawler’s birth mother actually is.

Then back to the final season with the two parter Storm Front. The Earth is experiencing some rather catastrophic conditions and it appears that an alien named Arkon is at the cause of it. Somehow he convinces Storm to come to his planet with him to put an end to those similar conditions. Eventually, he even uses his power of persuasion to get Storm to consider marriage. It seems genuine at first, but we all know that things aren’t always as they seem.

The final six episodes actually belong together but not for the right reasons. They were a departure in visual style from the original episodes and were worked on by a studio in the Philippines rather than the famous AKOM studio. As a result, these episodes are something of a hodgepodge which include everything from Jubilee telling a fairytale story to a bunch of kids underneath the X-Men mansion to Wolverine and Captain America fighting Nazis.

The last episode (also in the different animation style) has Xavier crippled with only Lilandra to come back from the Shi’Ar empire to save him. However, this would mean leaving the planet Earth. The team implores Magneto to stop his mutant takeover out of respect to the dying Xavier. The ending scene depicts Magneto standing together with the X-Men in possible hint that he would take over leadership of the team. Needless to say the series was not picked back up. The new animation never worked and it was a terrible end to an absolutely fantastic series.

The video is presented in 1.33:1 fullscreen. The show looks perfectly fine (as did previous seasons) up until the last six episodes. It’s not so much that these shows are bad looking, it is that they are completely different from what we are used to. The only positive to come out of it is that Jubilee has an older look and looks to be more a part of the team than the third wheel. The rest of it however is a mess and less than the cutting edge animation we have come to expect.

The audio is presented in English 2.0 Dolby Digital (French and Spanish mixes available). Dialog is still clear and there are really no changes in this department as the series winds down. Effects are nice and loud and rumble about as greatly as they can in the 2.0 format. The only minus is that they changed the best theme music in animation ever in the last six to some terrible mash-up remix. Subtitles are provided in French and Spanish.

Volume Five shouldn’t exist. There I said it. The final four episodes of Disc One should be placed in their proper order among the first four volumes and the two two-parter episodes should go down as “lost” episodes; to be placed as extras in volume 4. The final six episodes should be stricken from ever existing so that we can enjoy the X-Men animated series as a complete epic from beginning to finish.

These discs are recommended strictly on the completest mentality. It ties up some loose ends found in the earlier volumes and deals out a couple of good two part episodes. I sincerely appreciate that the people at Buena Vista have released all of the episodes and that I’ve gotten the opportunity to review all of the volumes. It’s just unfortunate that it had to end like this. 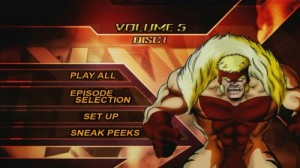 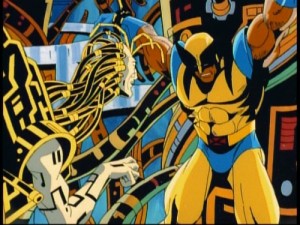 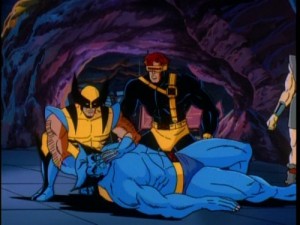 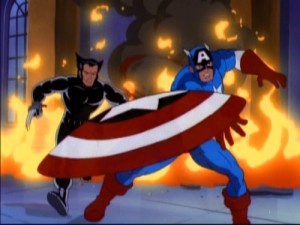 Michael Durr has been reviewing movies for the better part of fifteen years now. He primarily enjoys thrillers, sci-fi, animation and even a little courtroom drama. His favorite films include Escape from New York, the Goonies and anything with Alyssa Milano. When he’s not praising Kurt Russell as the greatest actor of our time or scratching his head over a David Lynch flick, he’s spending time at home in Texas with his lovely wife, Lori and his amazing son. How they put up with him is a mystery, but even Basil Rathbone doesn’t have the time to solve that one.
Deadly Impact Passchendaele