Posted in: Disc Reviews by Michael Durr on August 9th, 2010

A good thriller is something that has been absent from my recent viewing experience. One of my favorite thrillers of all time is a movie named Ninth Gate. This movie is directed by Roman Polanski. As luck would have it, Roman Polanski also directed the thriller I am bringing you today, The Ghost Writer. My fingers are crossed and I can only hope that this film is just as good.

When the movie opens, we learn that Ghost (real name never revealed) (played by Ewan McGregor) is made aware of a ghostwriting venture by his agent Rick Ricardelli (played by Jon Bernthal). It involves writing the memoirs of Adam Lang (played by Pierce Brosnan), the former British Prime Minister. Ghost also learns that his predecessor before him was unfortunately found dead, drowned aboard a local ferry.

Soon he meets the publishing firm, Rhinehart Inc where he convinces them that he is the man for the job. He is also made aware that he has only a month to complete it. Later, Ghost is mugged and has a manuscript stolen from him that presumably the captors thought was the script to the Lang book. Despite concerns, Ghost decides to travel to the island where Lang and his family are staying. Ghost also receives information of the accusation of war crimes against the former prime minister.

When Ghost gets to the house, he is met there by Lang’s assistant, Amelia Bly (played by Kim Cattrall). She tells him that he must sign a confidentiality agreement before viewing the script and that it can not leave the house. Ghost starts to read the script and finds some way to get through it despite falling asleep at several points. It is about this time he is introduced to Adam Lang’s wife: Ruth (played by Olivia Williams).

Shortly after, Adam Lang steps off his Hatherton jet to meet his family, co-workers and Ghost. At some point, he actually is able to start the book with Adam. The accusation of war crimes eventually brings protestors and demonstrators to the small island. Meanwhile, Ghost starts to uncover clues about his predecessor’s work and how they might lead to something huge that is hidden from the public view.

But the Ghost’s life is also in danger as more people learn of his involvement with the memoirs. The more secrets that Ghost uncovers, the closer he comes to the truth in the Lang household. Time is running out for the book and possibly so is the Ghost’s life with each step he takes. Can Ghost hold out when he discovers the most important secret of them all?

One of the best things you’ll notice immediately in this film is the elaborate use of detail. Every small reference point or important piece of information fits into the grand scheme of things. If there is something not relevant, it is probably not a part of this picture. The movie does a great job of masking its intentions until the final reveal. In true great fashion, it is also the kind of movie you have to watch twice (unless you are extremely intelligent) so that you can catch all of the nuisances.

The cast is very accomplished as well, with strong performances out of all four main characters (McGregor, Brosnan, Williams and Cattrall). All of the characters with the exception of McGregor act like they have something to hide and it is up to “The Ghost” to find them out. The film also benefits from a long list of actors that play bit roles to give it that big production feel.

There aren’t many negatives that we can paint on Ghost Writer outside of the fact that some audiences will be lost on the political information and the final reveal might not hit those who are seeking immediate satisfaction. The other criticism is how they did use the Tony Blair situation with the portrayal of the Foreign Secretary Richard Rycart (played by Robert Pugh) and US Secretary of State to look exactly like Robin Cook and Condoleezza Rice. It was a little too close for comfort.

The video is in 2.35:1 widescreen presentation in 1080p resolution. This film was shot in places like Germany as well as the islands of Sylt in the North Sea and Usedom in the Baltic. However, the house where the Langs reside is set work and has no connection to a real house.

The scenery is breathtaking and since this is a film that deals with a large amount of detail, it is good to know that the film responds in kind. Colors are striking and there are no issues to be had with even the darkest of scenes in the movie. Everything really has a habit of standing out and drawing you that much further into the story.

On the blu-ray side of the disc, we get a 5.1 English DTS-HD track while the dvd side sports a 5.1 English Dolby Digital Track. Also on both sides, we get a Spanish 5.1 mix. In the very first scene, we are introduced immediately to the surrounds of a popular effect, the sounds of the open sea.

However, it does not end there and we are enveloped by sound during the entire movie. It even makes the most mundane sounds like rustling paper feel special. Dialog is very clear here which a good thing is considering the accents of the various actors. Subtitles are included for English SDH and Spanish.

Ghost Writer is one of those films that sticks with you. From a strong cast and direction to a beautiful reveal that will leave you wanting to see the film again, the movie is exactly the one to choose for those who desire a great thriller. There will be some who will criticize some of the politicking but in the end it thankfully does not take away from the film on a whole.

As wonderful as the film is, the disc does have its issues. The extras are thin and while we did not expect a Polanski commentary, one could have been provided by Robert Harris and members of the cast. The packaging is also suspect especially in regards to the flipper disc. Thankfully, the video and audio are exceptional. I certainly recommend this film to others who want to engage in a political thriller especially if they can find it on a non-flipper disc. 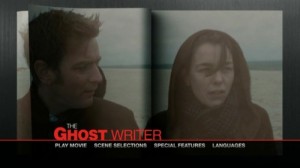 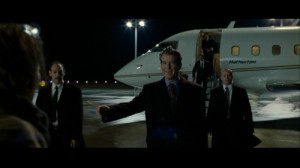 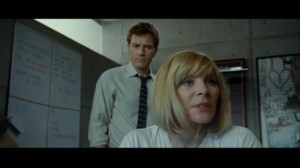 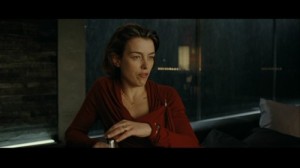 Michael Durr has been reviewing movies for the better part of fifteen years now. He primarily enjoys thrillers, sci-fi, animation and even a little courtroom drama. His favorite films include Escape from New York, the Goonies and anything with Alyssa Milano. When he’s not praising Kurt Russell as the greatest actor of our time or scratching his head over a David Lynch flick, he’s spending time at home in Texas with his lovely wife, Lori and his amazing son. How they put up with him is a mystery, but even Basil Rathbone doesn’t have the time to solve that one.
Have Gun Will Travel: Season Four, Volume Two Parasomnia (Blu-ray)