Posted in: Disc Reviews by Gino Sassani on August 9th, 2010

I recently reviewed Parasomnia on DVD. I was a bit disappointed that we hadn’t been given a chance to see the full in high definition. The director, William Malone, arranged for us to get the film on Blu-ray, and I am thankful. I say this so that there will be full disclosure.

With all of that said, I have to tell you that I liked the film even more on my second viewing. A lot of it has to do with the high-definition image presentation which I will discuss in greater detail at the appropriate time. Some of it has to do with the number of nuances that this film contains. It is definitely the kind of movie where you make new discoveries on the second pass. Now keep in mind that I watch these films with a legal pad, taking notes as I go. I didn’t do as much of that the second time around. Finally, even though there were not any plot surprises this time, I found the film just as interesting, perhaps more so, on the second pass. If that’s not the mark of a pretty dang good film, I wish someone would tell me what is.

You can read the full review of the film itself by following this link to the DVD review, in case you haven’t read it. Bang it here for the original review of Parasomnia DVD

Bang it here to listen to our interview with William Malone: Podcast

Parasomnia is presented in its original aspect ratio of 1.78:1. The 1080p high definition image is brought to you by an AVC/MPEG-4 codec with an average bit rate of about 25 mbps. Now this is what I’m talking about. Suddenly I can see shadow detail that was completely absent in the DVD standard-definition release. Without shadow detail, this film just doesn’t shine. More than that. There are splashes of color, particularly red, that now take advantage of much nicer contrast and give us that stark balance that the film was always intended to deliver. The moody and atmospheric film comes alive here. Do not try to watch this thing on anything else but Blu-ray.

The DTS-HD Master Audio 5.1 is not as much of an improvement as the image presentation. There is still a claustrophobic aspect to the film that requires a very limited mix. Dialog is fine. There are moments in the dreamscape scenes where the surrounds blow up just a bit and allow us some extra ear candy. It’s here that this uncompressed version offers you more solid subs and just an all-around fuller sound.

Making Of… : (14:05) A lot of raw footage and interview clips provided by on-set reporters for TV-Wire.

Interviews: (52:09) There are 8 with a play all feature. Each is sitting in a chair going over specific questions about the film. They average about 6 minutes.

Deleted Scenes: There are 3 with a play all.  The longest is an alternative beginning that bookends with the film’s included coda.

There is also a music video and production stills.

This is the first time I decided to completely revisit a film review after seeing the Blu-ray version. One hopes you’ve said what was important to say after the first viewing, so I feel my duty on the Blu-ray is to spend less time on the film itself and talk about why the Blu-ray is or is not a worthy upgrade. After a second viewing, I’ve come to the inescapable conclusion that this is the best new horror film I’ve seen in the last decade, perhaps longer. I know I’ll be accused of pandering to the director for getting the Blu-ray. It isn’t true. Why should you believe me? Because almost all of the discs we get come to us free from the studios for review consideration. These studio contacts are each and every one of them essential to the continued existence of this site. Any given filmmaker only puts out a film once every couple of years or less. Lionsgate, for example, on the other hand, releases several home videos every month. If we lose that relationship, we can’t review the films without the unsustainable expense of buying them ourselves. So, I have more of a motive to pander to Lionsgate than I ever would to a filmmaker. I have to trust that each of these studios examines our work as a whole and considers that I’m overall fair. Finally, we have a comment section on each post and a little used forum that we’ve placed at your disposal to express your own opinions. I welcome your own thoughts about Parasomnia, our William Malone podcast, or anything we publish here at Upcomingdiscs. The defense rests. “It’s the best, isn’t it?”

Here’s a shot sent to us from Director Malone: 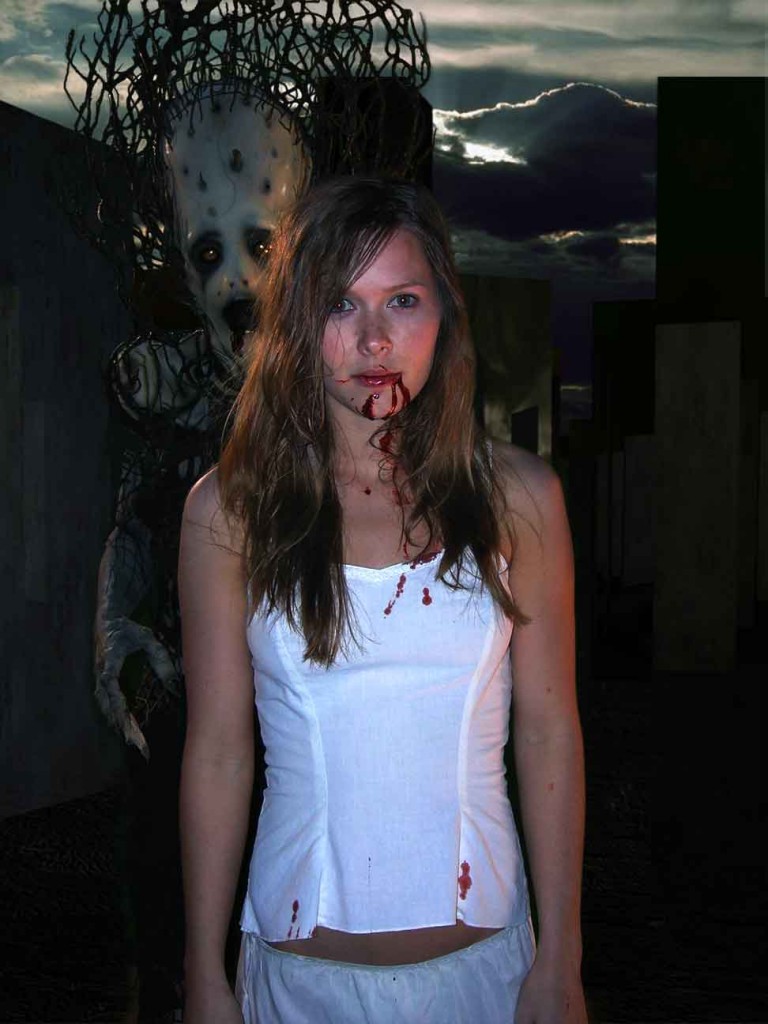 Gino Sassani is a member of the Southeastern Film Critic's Association (SEFCA). He is a film and television critic based in Tampa, Florida. He's also the Senior Editor here at Upcomingdiscs. Gino started reviewing films in the early 1990's as a segment of his local television show Focus. He's an award-winning recording artist for Omega Records. Gino is currently working on his 8th album Merchants & Mercenaries. Gino took over Upcomingdiscs Dec 1, 2008. He works out of a home theater he calls The Reel World. Favorite films: The Godfather, The Godfather Part II, The Body Snatcher (Val Lewton film with Karloff and Lugosi, not the pod people film), Unforgiven, Gladiator, The Lion King, Jaws, Son Of Frankenstein, The Good, The Bad And The Ugly, and Monsters, Inc.
Ghost Writer, The (Blu-Ray) Tom Petty – Classic Albums: Damn the Torpedoes (Blu-ray)