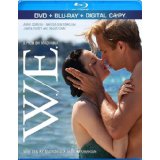 As of late, I have found myself picking up some classic albums by Madonna. Her early stuff mostly, but I have even picked up Truth or Dare on Blu-Ray within the last week or so. Why? I honestly can not explain. Maybe I miss her voice, her sex appeal and the music that has made her a legend. What I did not expect was that I was going to be reviewing a movie directed by her. So let us sit back and see how the movie W./E. plays out.

A faint radio plays out. It talks about the greatest love story of the 20th century or the king who gave up his throne for the woman he loved. Wallis Simpson was her name and she started a constitutional crisis when the King of England, Edward VIII decided to leave the throne to marry this woman. They became the Duke and Duchess of Windsor. The legend lives on today. An answering machine clicks after Walli is told that she is loved but will be alone that night.

The caption reads Wallis and Winfield Spencer, Shanghai 1924. A lady empties out her plate of food and reaches for the nearest shot of hard liquor. Wallis (played by Andrea Riseborough) drinks quickly as she smokes. She blows out her candles and turns off the light to go to bed. We move quickly to 1998 in Manhattan to the couple of Wally and William Winthrop.

The radio tale continues of Wallis and Winfield and how it ended up in divorce a mere three years later. We see another woman disrobe and take off her wedding band as she gets ready to take a bath. Her name is also Wally (played by Abbie Cornish) and she listens to the yells of a soldier as he wants to know where his dinner is. She immerses herself in the water until she is dragged out by the hair by the man who quickly leaves complaining about his dinner.

Wally gets slapped around and kicked a couple of times for good measure until she is left on the cold bathroom floor. We learn that she was with child as a steady stream of blood starts to ooze out. Flash to present day and Wally wants to start IVF or In vitro fertilization. The next scene flashes as a fancy dinner goes on and we see Wally listening to others prate about how wonderful her husband the doctor, William (played by Richard Coyle) is and she watches as he continues to strike up a conversation with another woman.

She later quizzes him about it but nothing more is learned as they make love. The next day, Wally walks into a Duke and Duchess of Windsor exhibit. Photography and artifacts light up the room as she investigates each one. She meets a security guard named Evgeni (played by Oscar Issac) who watches her every move. Later, Wally argues with her husband about the ancient tale before he realizes he has to go back to the hospital.

Wally dials the number to the hospital but realizes her husband is not there. She decides to go to sleep and soon she starts to dream. Living life in a loveless marriage is very difficult. But Wally will soon use her dreams to think of what life she wishes she could lead which also include rising interest in Evgeni. But the tale of the Duke and Duchess of Windsor is not as perfect as it seems. Is life really that simple after all?

Bewilderment should be this movie’s last name along with Befuddled for a middle name and Bloody Confusing for a first. The movie moves from time period to time period with little rhyme or reason and will even at times mix the female leads into the same scene via the daydream device. It is a beautiful film and Andrea Riseborough is a pleasure to watch. Abbie Cornish is nice enough to look at (when she is not getting kicked in the stomach or slapped around) but unfortunately is one dimensional for the most part.

The male leads do not really add much to the plot as probably could be expected (with the exception of Oscar Issac) but ultimately the paper thin writing is what kills it. It is one tragic cliché after another and there are only so many daydreams..,errr tricks to be played. The ending tries to create a nice moment and I guess in some ways it does but it is more of a sendoff that the viewer is glad that this movie is finally over and they can go do something else.

The video is in 2.35:1 widescreen presentation in 1080p resolution. As mentioned, the movie is heavily stylized and in the process, a very beautiful looking film. The color is excellent and scenes sparkle from time period to time period with equal brilliance in each decade. The quality is great here and flesh tones are spot on and one can tell the difference in time period merely from the makeup tone on the appropriate female.

For the audio portion, we get a 5.1 English DTS-HD track. Music is probably the most obvious tellings of sound in this movie as it envelopes the beginning, ending and even middle of some scenes. Dialog is spot on and all words are clear even through the numerous English and Russian accents. Surrounds are limited for the most part to the next music piece but they give the movie the subtle umph that it is looking for. Subtitles are included for English SDH and Spanish.

Even though W./E. has turned out to be one confusing piece of cinema, I feel Madonna has a great chance at directing a film worthy of my recommendation in the future. The film here had a ton of potential but it is mostly wasted on the modern day scenes with Wally and William. The Duchess was the strong point of the film and for that, Andrea Riseborough should be commended on her work. It is just a shame that most of the other actors simply faded into the background.

The 3-disc package was a nice effort technically and should be a treat for the Madonna diehards everywhere. Video and audio are well done and the making of featurette is one of the best I have seen and surprisingly establishes Madonna as rather down to earth. Casual fans will not find a recommendation here. Madonna fans are probably already in the process of picking this one up. The film is confusing from beginning to end and unfortunately the best parts (anything with the Duchess) are never prevalent enough to enjoy.

Michael Durr has been reviewing movies for the better part of fifteen years now. He primarily enjoys thrillers, sci-fi, animation and even a little courtroom drama. His favorite films include Escape from New York, the Goonies and anything with Alyssa Milano. When he’s not praising Kurt Russell as the greatest actor of our time or scratching his head over a David Lynch flick, he’s spending time at home in Texas with his lovely wife, Lori and his amazing son. How they put up with him is a mystery, but even Basil Rathbone doesn’t have the time to solve that one.
The Avengers Podcast Part 1 The Front Line (Blu-ray)